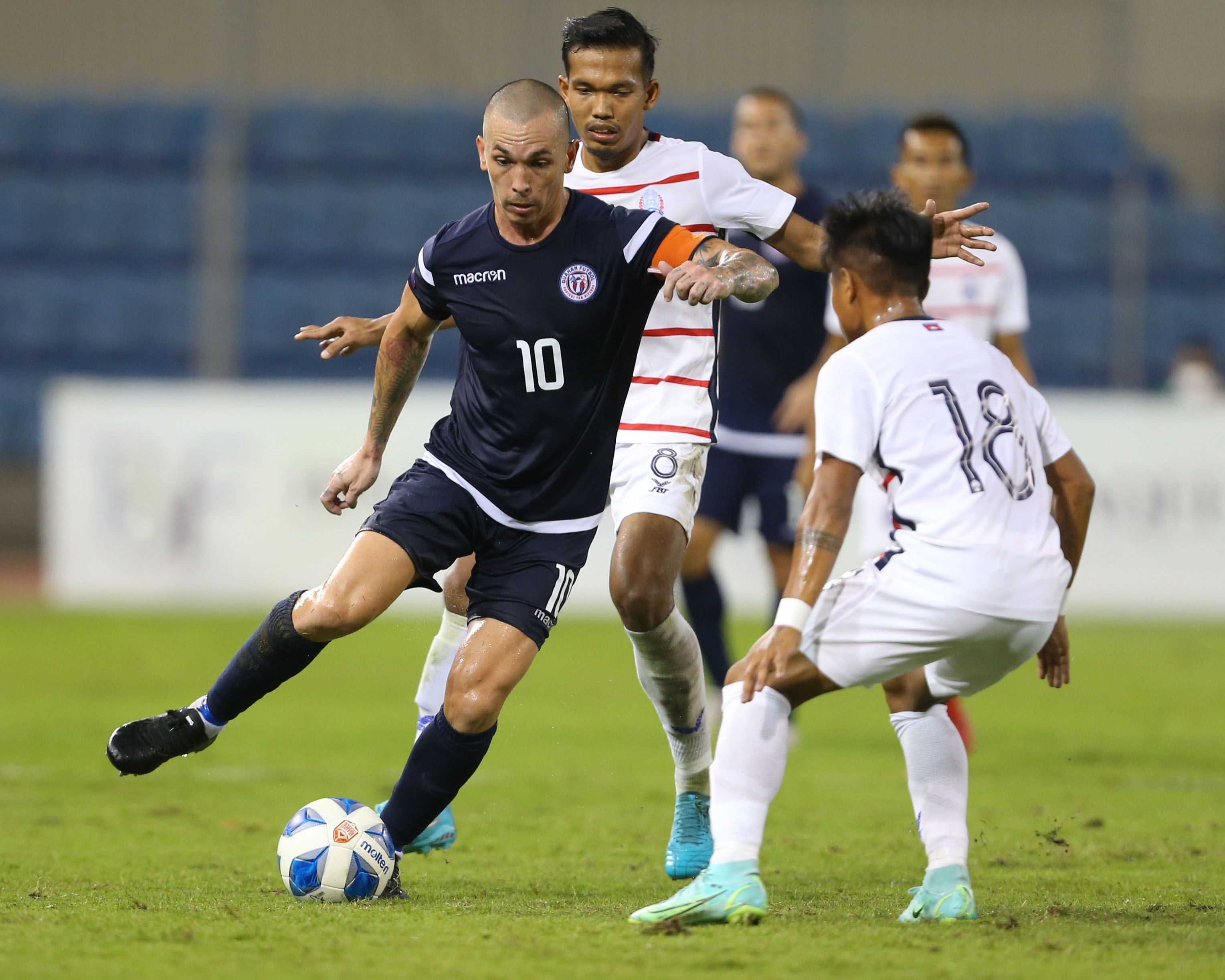 PRESS RELEASE – The Matao, Guam Men’s National Team, will be up for the challenge in its final opportunity to advance to the AFC Asian Cup China 2023™ Final Qualification Round after Cambodia escaped with a 1-0 win Saturday night in Bahrain.

“It was a disappointing result, but we have these next few days to assess our performance from the first match and prepare for better results in the next match,” said Sang Hoon Kim, Guam National Team Head Coach. “We had a few players make their debut for Guam in Saturday’s match and they immediately made an impact on the pitch.

“I am happy with how the team is progressing overall. Now, it’s a matter of fully capitalizing on finishing opportunities we create, while maintaining high performance levels for the full 90 minutes,” Kim added.

Guam will play against Cambodia again in the second leg of the tournament’s Qualifiers Playoff Round on Oct. 12 at 7 p.m. Bahrain time (2 a.m. + 1 day Guam time) and must win by at least two goals to advance in the continent’s premier tournament.

Cambodia scored the eventual game winner Saturday evening in the 26th minute off a strike by Chan Vathanaka. Although the Matao turned up the intensity for the remainder of the match, the Cambodian side managed to hold on to the one-goal advantage to the final whistle.

“As can be seen from the data analyzing the game after the game, our ball possession was higher than that of Cambodia from the 30th minute of the first half to the end of the second half and we overwhelmed the opponent in the number of shots,” Kim said. “This contains a hopeful message for the next game, and the players’ desire to win the next game is enormous. Including the Matao’s captain Jason (Cunliffe) and all players are united as a team and look forward to the next game.”

In the event Guam leads 1-0 after the end of regulation time, the match will go into Extra Time and if required, Kicks from the Penalty Mark will be played to determine the round winner, according to the tournament regulations. If Guam only wins by one goal with any other final score, Cambodia will be declared the winner, with its one goal from its “away” match against Guam counting as two to break the tie between both teams.

Cambodia only needs to settle for a draw in order to advance outright to the tournament’s Final Qualification Round next year.

Players making their debut for Guam in Saturday’s match were Alec Taitague and James Gomez, both starters in their first-ever call up to the Matao. Taitague is currently a senior at Roanoke College that plays in NCAA Div. III’s Old Dominion Athletic Conference. Gomez is a junior at Polytechnic High School in Pasadena, Calif.

Football Federation of Cambodia will live stream the Oct. 12 match on its official Facebook page, https://www.facebook.com/camfootball1933