Two titles in one evening! The JFK Islanders won the 2021 ISA Soccer title for both boys and girls. 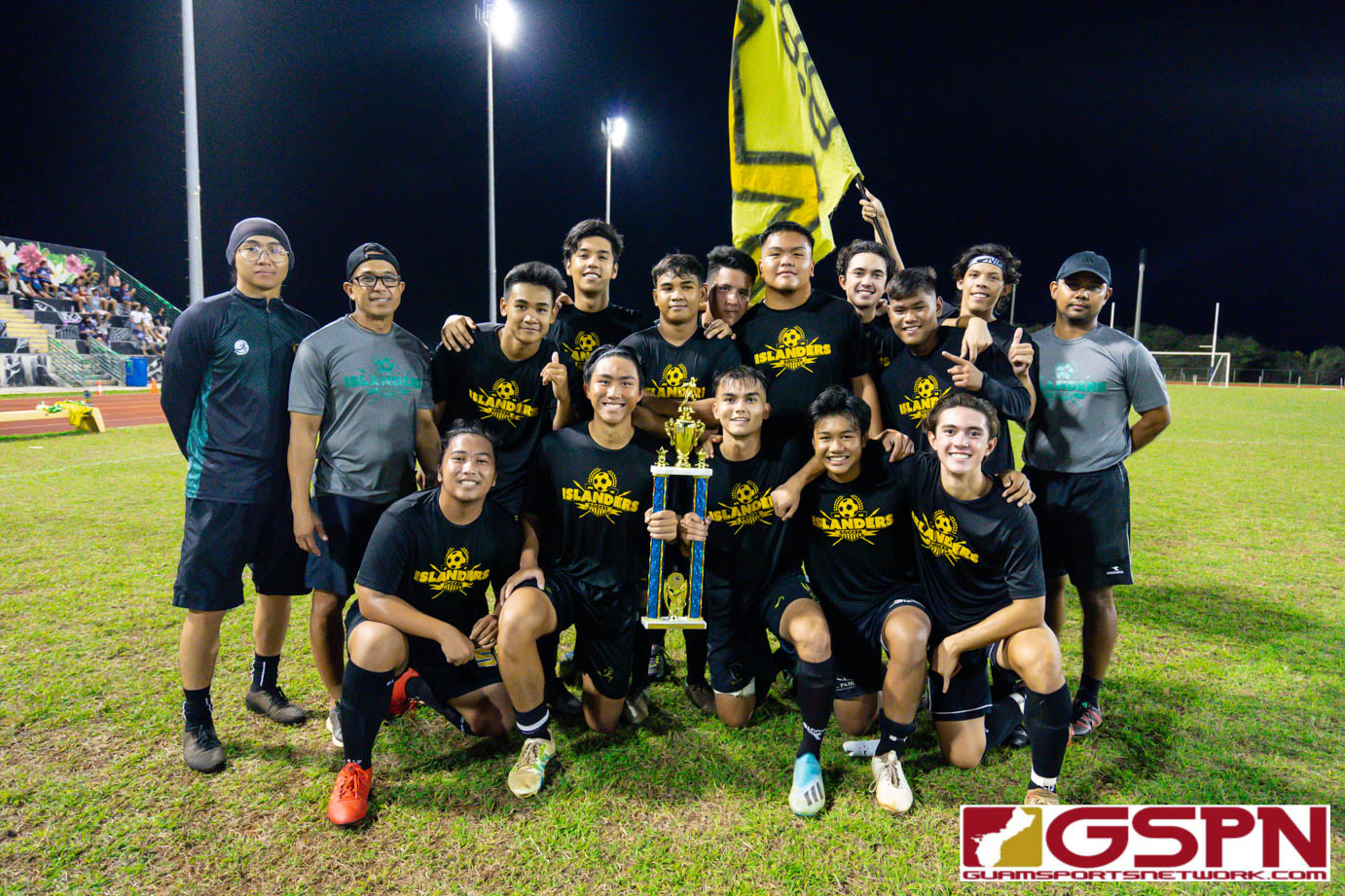 Within four hours, both the JFK Islanders Boys and Girls Soccer Teams were crowned Champions of ISA Soccer at the JFK Field on a busy Tuesday of sports.

The Lady Islanders defeated the GW Geckos 2-0 on the final day of regular season play to capture the leagues best record, which resulted in them being named Champions with no post season in effect. After the ladies cleared the field, the JFK Boys suited up for their Championship match against the Okkodo Bulldogs, winning the one-sided affair 6-0.

The Islanders high-powered offense took some time to get going, but once their senior-led group kicked it into gear, the goals didn’t stop. JFK broke a scoreless game 21 minutes into action after Tayler Bonner got a break away chance to go up 1-0, but the game proved too close for comfort for the leagues top team.

Okkodo would hang tough in the first half keeping it a one-score game, forcing JFK to recollect themselves in the second half.

“We weren’t too focused in the beginning because we had a bit of jitters. But once we started cracking more goals in we felt like we started to play like Islanders. We played their game too much at the start, running around too much and just kicking the ball back-and-forth, but we started controlling the pace in the second half and it went well from them,” said Bonner.

JFK stormed the second half, netting their second goal at the 52nd minute as Noah Mueller broke loose to net the Islanders up 2-0. Bonner would strike not long after in the in the 56th minute after a corner kick from Riku Meyar turned into a Bonner header to put JFK up 3-0 as the Islanders started to pull away.

“This one was extremely special because we got to the finals last year and finished with a loss, which was heartbreaking. But being able to power through COVID, still have a season and be able to win it was just amazing,” added Bonner.

Kido would add the finishing touches on the game, scoring the teams last two goals in the 70th and 79th minute to put the icing on the evening.

“The second half is where I felt the most energetic. My legs felt light and everything started flowing… For the team and seniors who put in all the work for the past four years, it’s just great to win this one. I can’t really put it into words,” said Kido.