JONES KNOCKS OUT BAUTISTA IN UFC 259

Trevin ‘5 Star’ Jones emerges victorious in his second fight in the UFC! 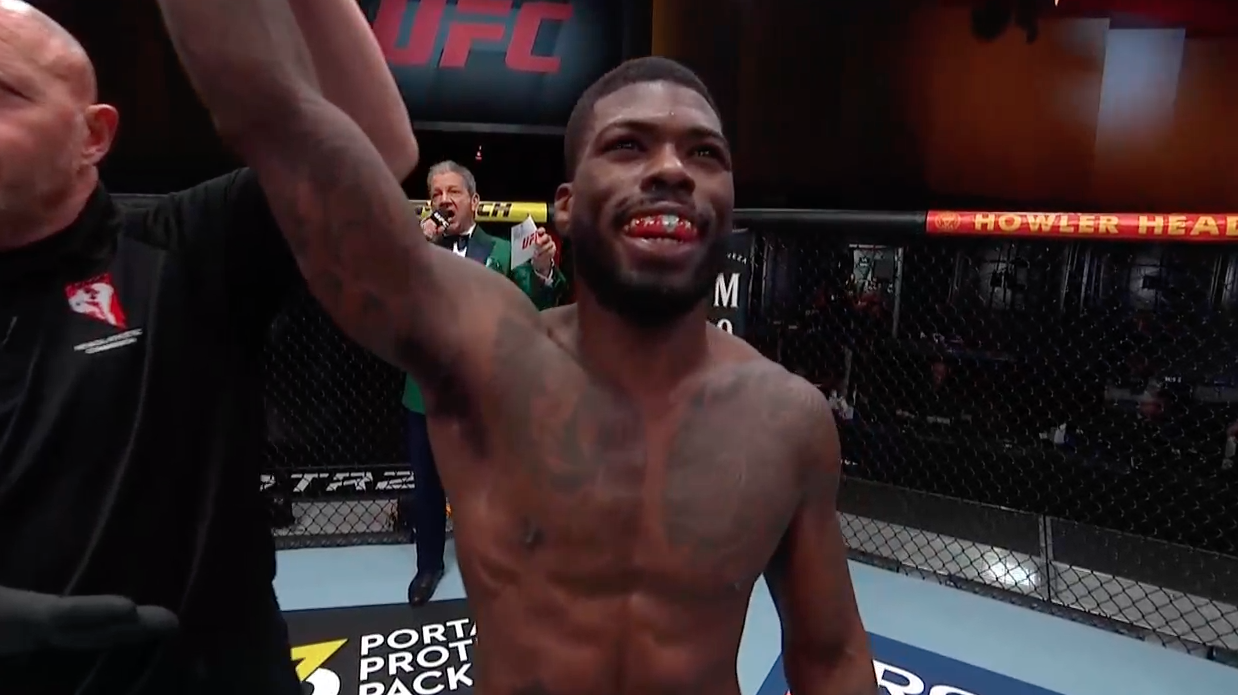 After a stellar debut, Trevin ‘5 Star’ Jones put on another knock out performance at UFC 259, dropping and stopping his opponent Mario Bautista in the early stages of the 2nd Round. Jones used a sneaky hook to drop Bautista before following up with vicious hammer fists to force the stoppage.

Jones used leg attacks in the opening round before throwing the well timed hook that led to the fight’s stoppage. Jones credited his full fight camp for being well prepared for this event proving he’s found a home in the UFC!