This years Jr. Nationals are made up of quite a bit of ‘juniors’ – the offspring of some notable baseball stars. 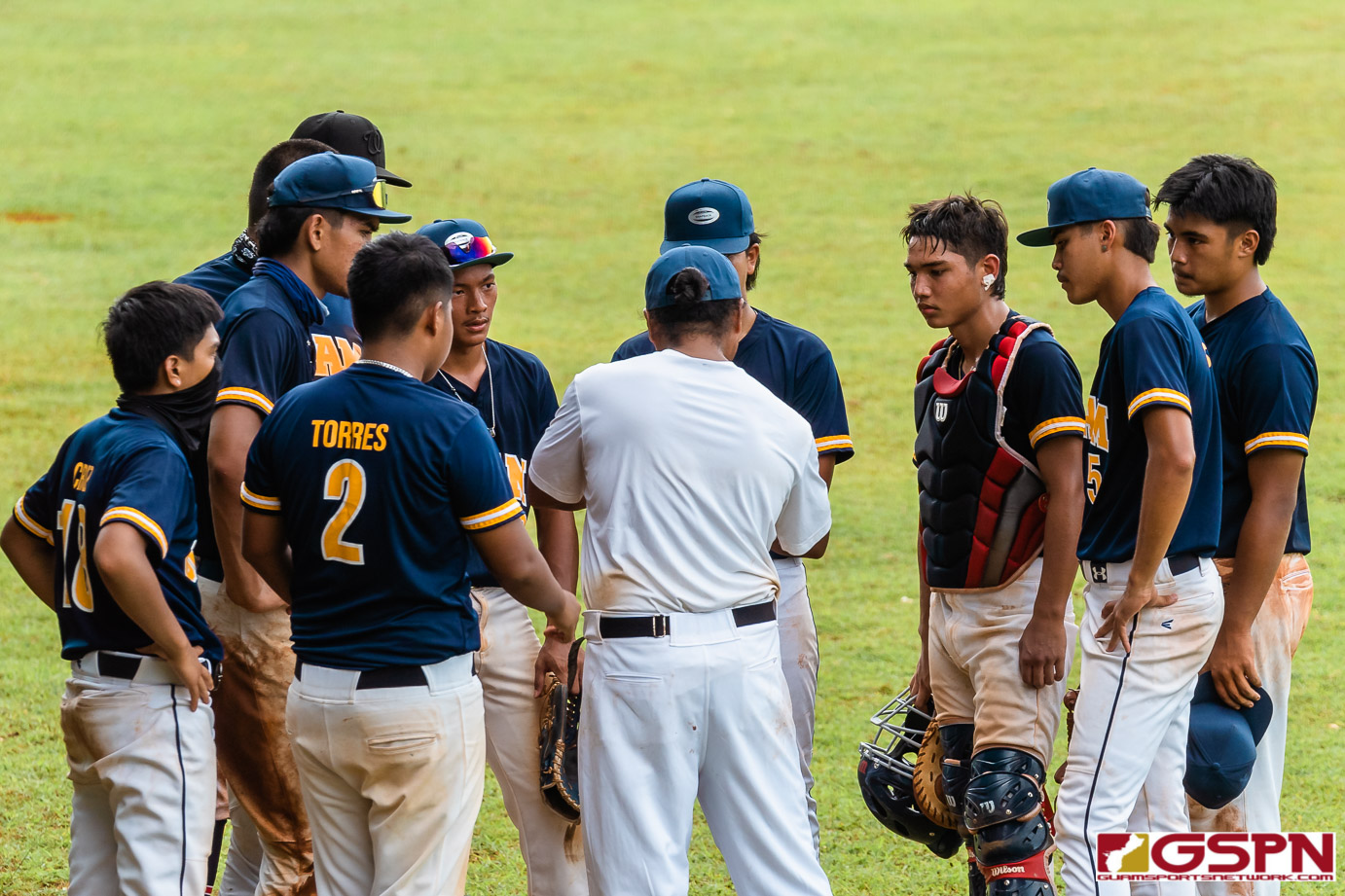 The baseball stars of yester-year have given more than just medals and memories to Guam Baseball as this years make up of the 2021 Jr. Nationals team is comprised of offspring from some of the greats!

Along with a strong roster featuring baseball’s future, the Jr. Nationals dawn a powerful coaching staff headed by Joe Tuquero and are sporting one the best records (5-3) in the current GML season.

From watching in the stands during games, hanging around the dugout during practices to finding the love for the game their own way, each of the the Jr. Nationals roster has memories of high level baseball from their youth. For the likes of Franklin Ninete Jr., watching dad ‘Spider’ since the age of five years old was more than enough for him to be drawn to the sport.

“It was great watching him play, it really inspired me to want to do more,” said Ninete Jr. on shadowing his dad.

‘Spider’ was a National Team member and represented Guam in the Micro Games and was a long-time star in the GML.

Jr. Nationals team member Guiafon Terlaje is the son of head coach Joe Tuquero, who was also a Micro Games, Pacific Games and long-time star in the GML.

Alongside coaching with Tuquero is John Salas, who’s son John Salas Jr. plays in the outfield. John Salas has represented Guam in the Pacific Games and Micro Games while being a main-stay in the GML for many years.

“Our staff is committed. We’re not just coaching because our kids our there. The other coaches provide a lot of input, but they trust me to run this,” said Tuquero.

Jr. Nationals pitcher Nolan Cruz is the son of Isaac Cruz, who also represented Guam on the Micro Games level. Isaac was a great pitcher in the GML and has since put the glove down to coach the Jr. Nats.

Jr. Nats members Tyler Santos, Ashton Tedtaotao and Jonathan Sablan all come from GML standouts as well. Gerald Santos played in the GML before taking on softball as his primary sport while Luke Tedtaotao and Joel Sablan still suit up for action. Joel is currently playing for the Cardinals this season.

The current Jr. Nationals had 25 members at the end of try outs, but dropped down to 18 heading into the GML season.

“About 70% knew my system already. We all kind of coach the same stuff so it wasn’t hard to get them to grasp what I was teaching them,” said Tuquero.

Current GML stars like BJ Balajadia, Paul Pangelinan, Jerome Andrew and Rico Castro have been coming to guide the Jr. Nationals in practice on their free time.

Sharing the love of baseball has been a long standing tradition with some notable names like John Franum and John Farnum Jr. and John Hattig and JR Hattig.

The Jr. Nats were on fire to start the season, losing to only baseball’s current power house teams. Rocking a (5-3) record against the best ball players on island is no short feat, but the high school season that commenced shortly before the 2021 GML season might have been a key factor in baseball conditioning.

“About 95% played in high school so we got some of the best, even though our kids are less mature, we were in more baseball shape for the first half of the season,” said Tuquero.

“It’s a good experience because we don’t see people throwing that hard and their own caliber is higher. We love to play against them,” said Ninete Jr.

The Jr. Nationals are currently prepping for a playoff run despite a number of their games still needing to be made up due to the rainy weather.

The biggest takeaway from seeing the Jr. Nats perform, aside from their play on the field, is their approach and love for the game which only bodes well for baseball’s future.

“I know theses kids love the game. Practice is 90%. Generation coming up that is being well coached. I just got a gut feeling that baseball is making a comeback… I hope it’s a push to show the federation that there is an interest again. A lot of these kids fathers have played, whether they reach high levels or not. I’ve seen kids pull out of soccer for baseball. I’m hoping and praying that it does make a comeback,” stated Tuquero.