The Friars took the field for the first time this season, defeating the Tiyan Titans in quick fashion. 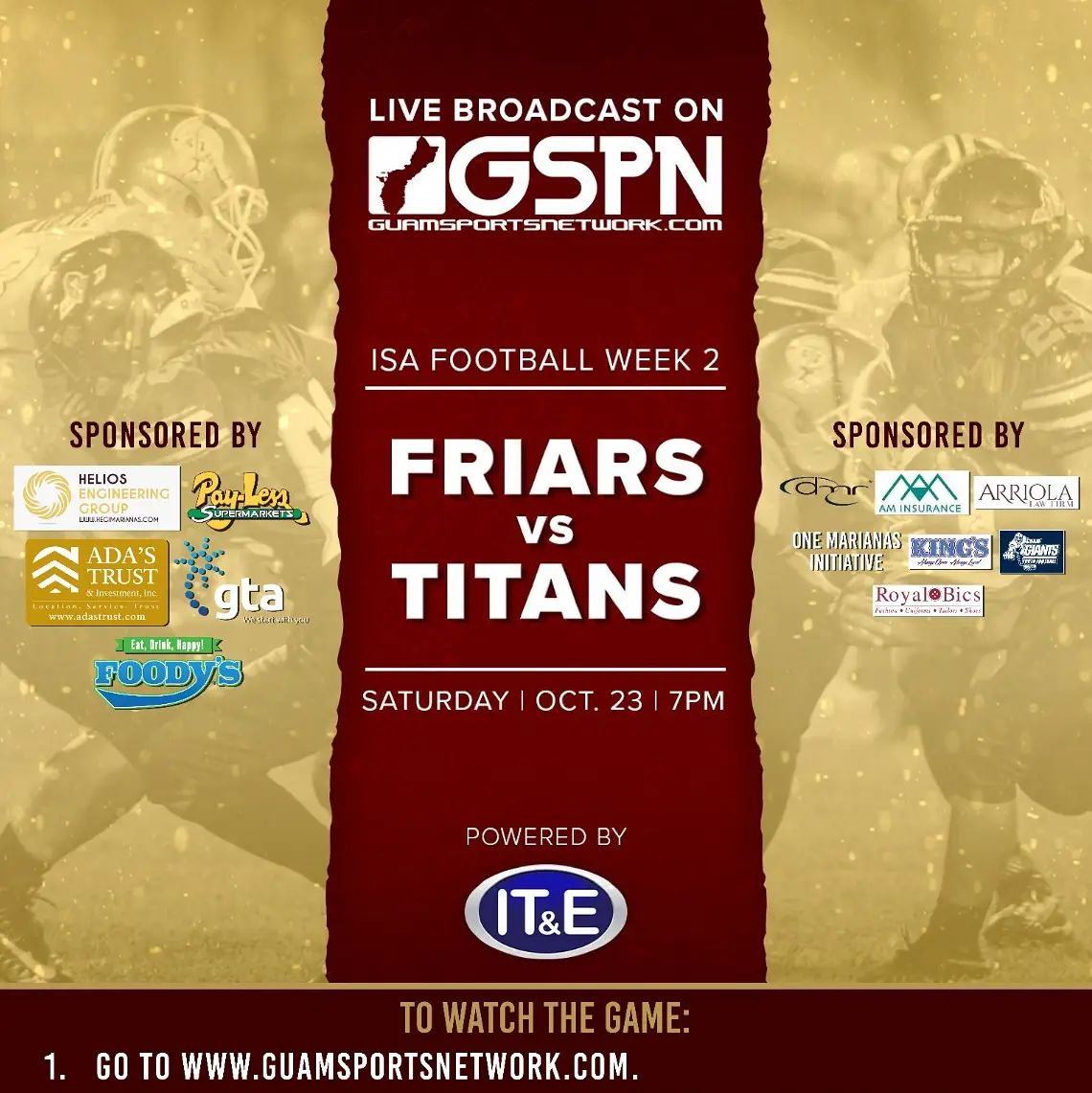 (Catch the replay of the LIVE stream of the FD Friars vs. Tiyan Titans below the story!)

The dynasty continues for the Father Duenas Football team as their record winning streak has reached 50! The Friars took to the GW field on Saturday night on a quest to win their sixth straight High School Football Championship.

After winning by forfeit last week against the Simon Sanchez Sharks, the Friars improved to 2-0 in the ISA Football League with a dominating 34-0 victory over the Tiyan Titans.

Caiyle Gogue led the offense for the Friars, rushing for three touchdowns. Gogue had eight carries for 92 yards before sitting out the second half. Gogue, a senior, had scoring touchdowns from 30-yards, 1-yard and 15-yards for the Friars.

The Friar maroon wall defense held the Titans to negative yardage led by senior Evan Brown. Brown had a game high nine tackles which included a sack and a pass defended.

“We’ve been working hard for months and it showed out on the field today with all my teammates giving 100 percent,” said Brown. “It started with all our captains getting everyone ready and pumped up.”

The Titans were unable to move the chains in the first half and the heavy downpour did not help their cause. The Titans had three fumbles and the slippery field conditions prevented their running backs from making moves around the FD linebackers.

Tiyan held the Friars scoreless in the forth quarter but a pair of dropped passes and negative rushing yards on offense prevented them from scoring.

The Friars scored twice in the third quarter off a 1-yard rushing touchdown by Jaron Meno and an 8-yard rush by Zachary Muna. FD’s freshman kicker David Leon Guerrero converted 2-of-5 extra point kicks for FD.

“It’s been two years, I’m just glad to be back out here with my teammates,” said Gogue. “We are just going to continue to work harder and improve.”

The Friars will prepare for a showdown against the Guam High Panthers next week Friday in a battle of pair of powerhouse teams.

“The game plan next week is up to our coaches. We are just going to get back to the lab and continue to improve,” said Brown.

PANTHERS LIGHT UP SCOREBOARD IN WIN OVER DOLPHINS
FRIARS GRIND OUT COME FROM BEHIND WIN OVER PANTHERS
Loading Comments...