The Panthers played sharp in all areas Friday evening as they stuffed the Dolphins to begin Week 2 of the 2021 ISA Football Season. 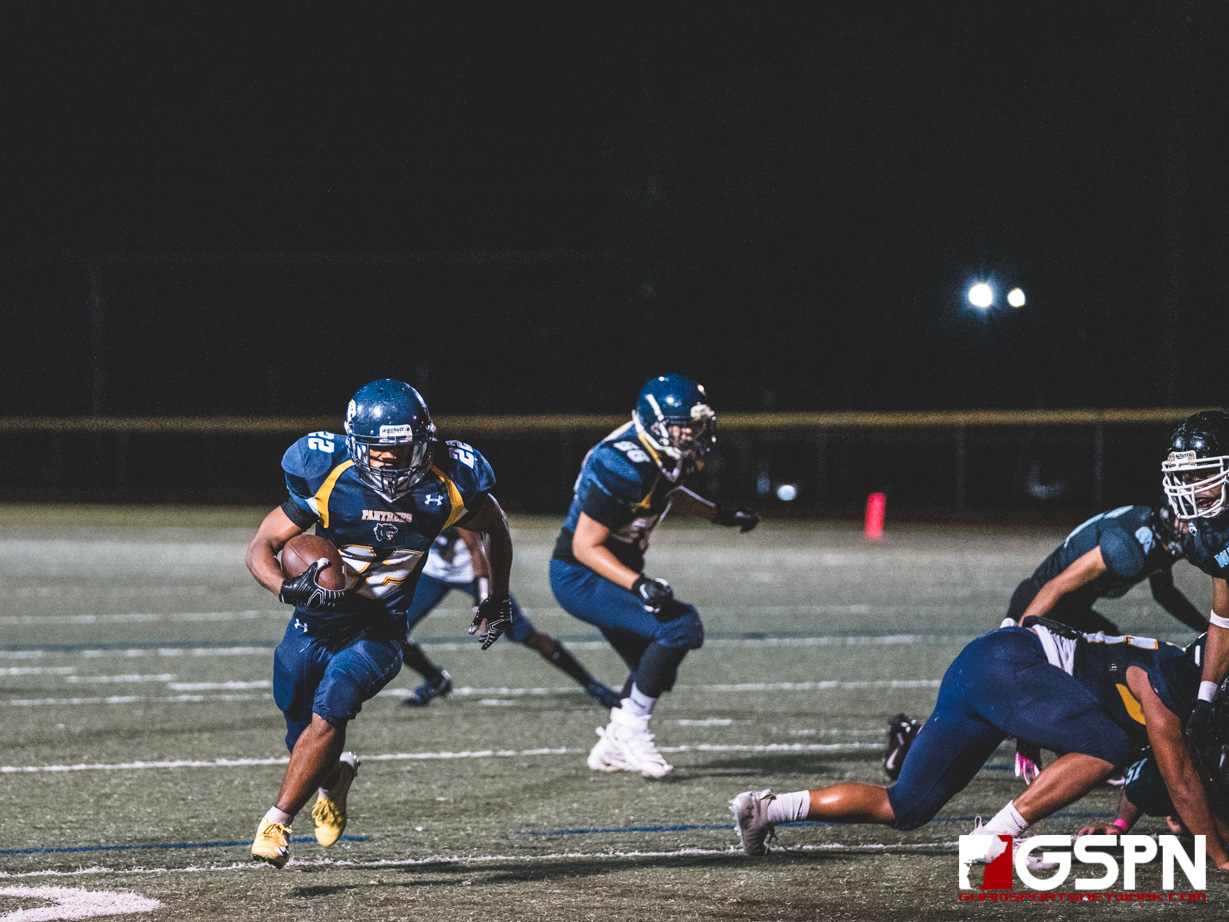 The Guam High Panthers looked sharp in all three phases of the game against the Sothern Dolphins, getting a 33-0 victory Friday evening after both teams picked up win on opening weekend last week. Guam High got three scores on offense and two on special teams while getting three takeaways on defense.

Panther running back Deshawn Baird scored the games first two touchdowns in the opening quarter for a quick lead. A special teams score from Panther Oen Hofshneider of 65 yards opened the second half and Benjamin Harris scored on a punt return of 40 yards to close out the 3rd quarter. Quarterback Aaron Johnson scrambled for a 33-yard score in the 4th to cap off the teams 33-point performance.

“It was exciting,” said Baird on seeing his team perform well on offense, defense and special teams. “We really improved since the start of the season.”

Johnson was moving the ball through the air on their scoring drives while showing off his speed in the 4th with his touchdown to put an exclamation point on their victory.

“I think all of our boys are starting to gain confidence. We’re starting to do everything better. I feel like we have a good chance to make it far this year,” said Johnson.

Johnson set up the games first score with a 19-yard pass to Robert Ellis on 3rd down to the Southern one-yard line. Baird took a dive up the middle to put Guam High up 6-0 on their first offensive series. After forcing a punt, the Panther offense marched up field behind big runs from Baird and Johnson, ending another successful drive with a 9-yard Baird touchdown to go up 13-0.

“That’s what we aim to do every game,” said Baird on his team putting up two touchdowns in the 1st. “I was just focused on doing what I had to do to get those scores.”

Southern came out strong in 2nd quarter converting on three straight 4th downs that got them as close as the Panther 24-yard line. The Panther defense would hold getting a turnover on downs after stuffing a Dolphin toss play to the right side. Neither team found much offense success in the 2nd.

Guam High jump started the second half with the score from Hofschneider on the kick-off. The kick landed down the right sideline and Hofscnieder ran along the line, tight roping while dodging flying Dolphin tacklers for the 65-yard score. A punt by the Panthers late in the 3rd inside the Southern five-yard line would put the Dolphins backed up in their own end zone. Their punt on 4th down would end in a Harris touchdown as he switched fields on 40-yard score while getting a big hit from Dolphin Isaiah Topasna who met him across the end zone. Harris wouldn’t return to the field after getting shaken up.

Johnson would put the finishing touches on the game in the 4th with his touchdown run. On their final drive, Southern quarterback Zavier Camacho drove his team down the field through the air, completing five passes that got the Dolphins inside the red zone. Camacho’s final pass of the game was batted away by the Panthers as they managed to maintain the shutout.

“I don’t know if this was a statement win, but it was a good win. This was a good little practice to help us set up for other big games we’re going to have,” said Johnson.

“We’re really confident, but after every single game we forget about the win and just focus on the game that’s ahead,” said Baird.

The GW Geckos picked up a 25-0 win over the Sanchez Sharks with the Sharks conceding the game at halftime. Sanchez had forfeited last week against the Friars.

Southern will take on the Geckos next Saturday while the Panthers will face the FD Friars on Friday.