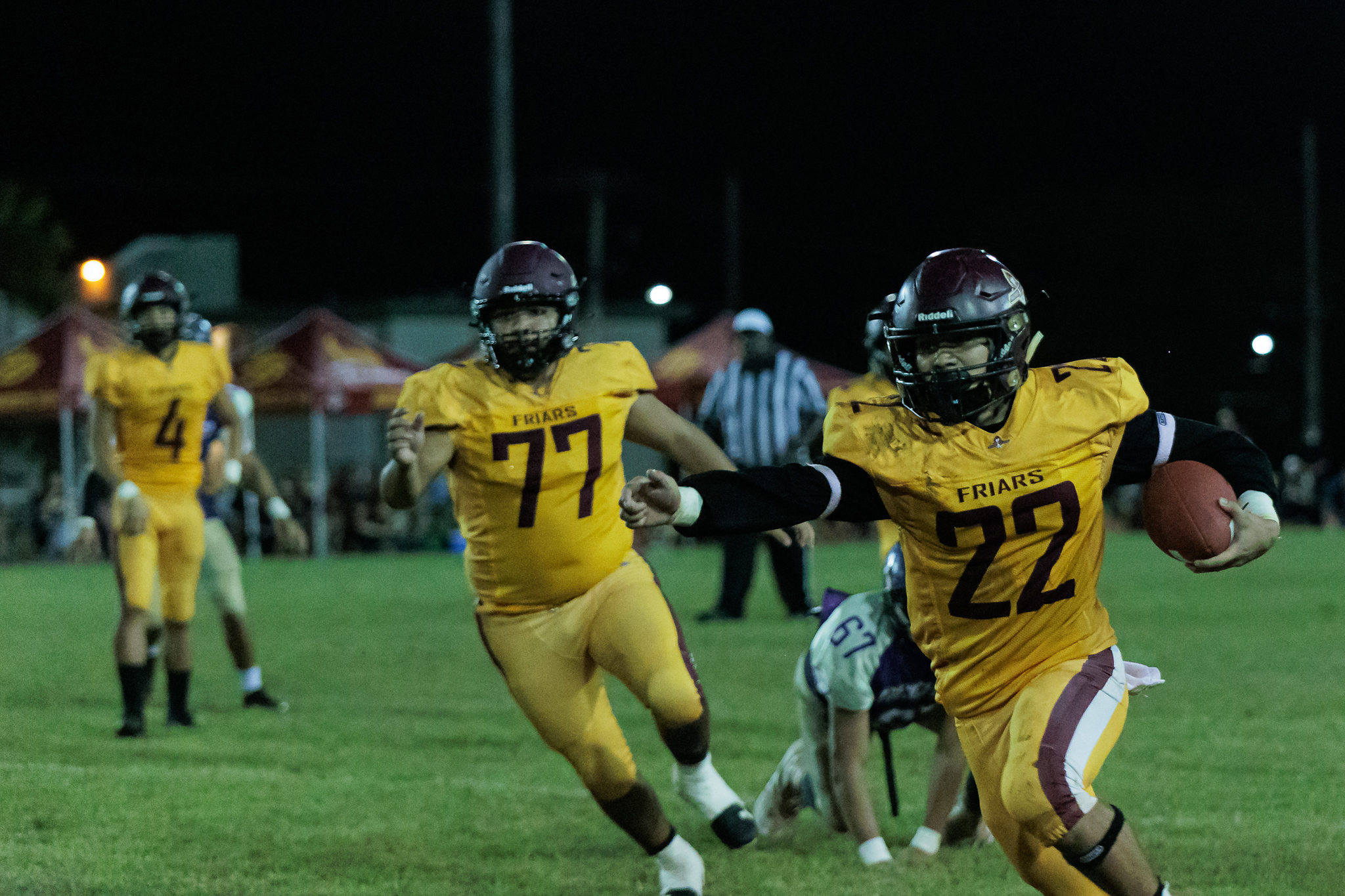 The FD Friars wrecked havoc on defense, forcing six turnovers in their 36-7 win over the GW Geckos in their first ISA Football meeting Friday evening. Both teams were knotted at 7-7 midway through the 1st quarter, but the Friar defense took control to spark what would be a game-ending 29-0 run.

Friar running back Caiyle Gogue posted three touchdowns on the evening to go along with 106 yards rushing. Gogue’s first score came on his second carry, gashing the GW defense for 57 yards in the opening quarter. Gogue added another score in the 2nd quarter from three yards out, getting his last score in the second half.

The Geckos responded to Gogue’s first score in the opening quarter with a pair of trick plays to get them on the board. A 41-yard pass to Robert Raras on a screen play allowed the Geckos to get inside the red zone. GW ran a half-back pass as Makai Blas found a wide open Noah Castro in the end zone from six yards out to tie the game at seven.

Murphy provided the first takeaway for the Friar defense, but the FD secondary would pick off Celis twice more, once from Alucious Medler and again by Lavin Santos which set up Gogue’s second score of the night in the 3rd.

FD extends their win streak to 52 games and will play the Okkodo Bulldogs next Saturday. The Geckos will face the JFK Islanders next Friday.

FRIARS GRIND OUT COME FROM BEHIND WIN OVER PANTHERS
ISLANDERS LEAN ON BLAS, MOLO IN WIN OVER SHARKS