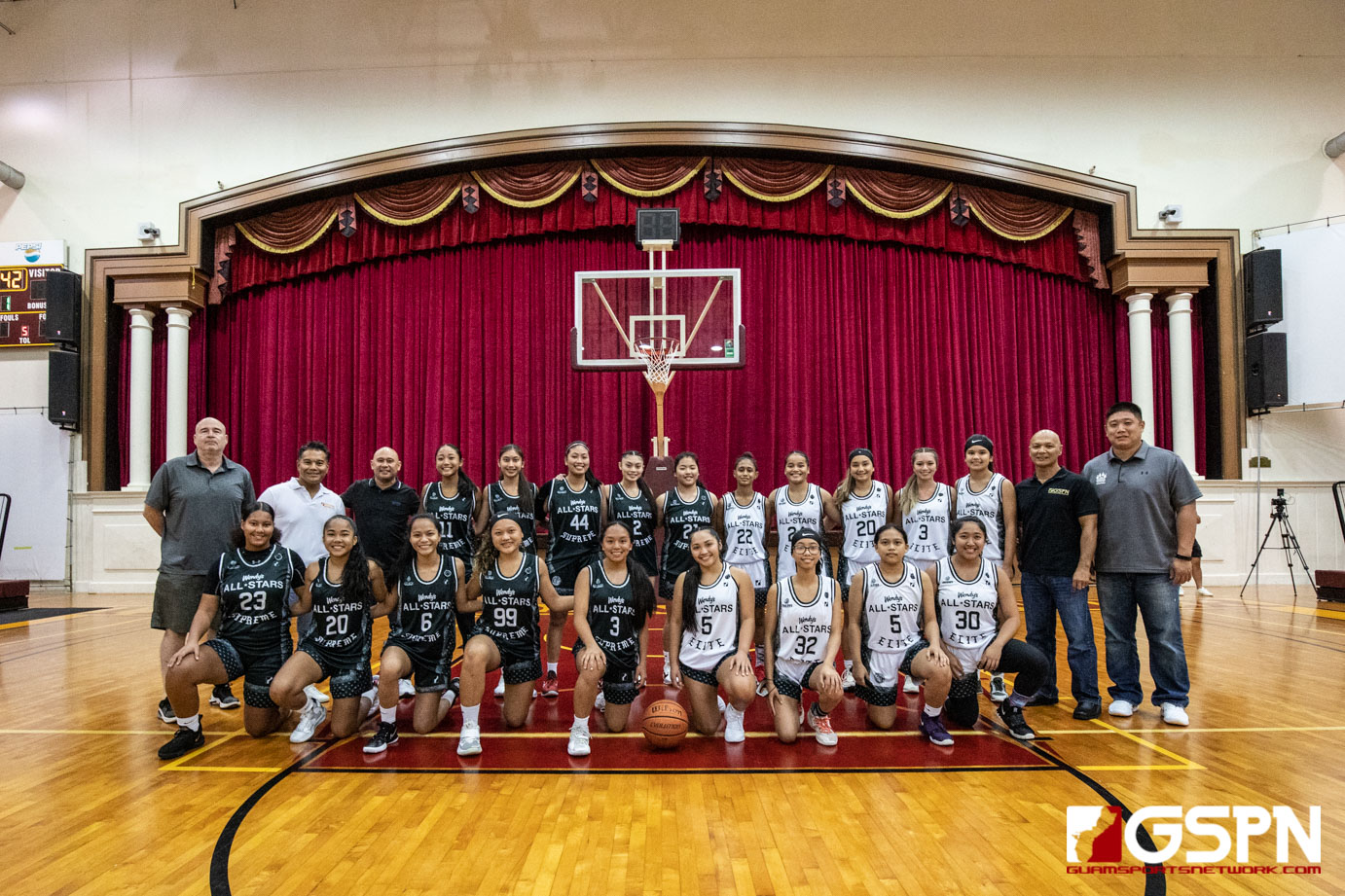 Check out the Live Stream of tonight’s basketball game below!

The first ever girls high school Wendy’s All-Star game tipped off Friday night at the FD Phoenix Center with Team Supreme coming out on top with a 54-45 victory over Team Elite.

With Team Elite having possession to start the game, a quick switch of momentum was made off a steal by Team Supreme’s Ori Sevilla which led to a lay up by teammate Kat Santos.

Team Supreme gained a lead from baskets all around the line up. Sevilla and Janniliese Quintanilla both knocked down three-pointers with Anjanette Ponce and Amanda Uncangco adding two shots each.

Team Elite answered right back with a bucket from Myka Jo Terlaje. Keisha Eter and Arrie Arceo both chipped in three-pointers to try and catch Team Supreme’s lead but unfortunately, the first quarter ended 15-10 with Team Supreme ahead.

Game MVP Nevea Salas, scored eight of her 13 points in the second quarter.

Salas notes she worked well with her teammates on her scoring. “Playing with these new girls, I felt our chemistry was really there,” Salas said.

Third quarter was a back and fourth game with big points from Team Elite’s Nicolette Perez who scored seven of her total 12 points but Team Supreme’s strong offense held off any chance of a comeback. The quarter ended 41-31 with Team Supreme still victorious.

The fourth and final quarter showcased Team Elite’s largest scoring period with a total of 14 points out scoring Team Supreme’s ten points but it wasn’t enough to catch up.

“I’ve never played with any of them before so playing with them was really fun,” Salas said.