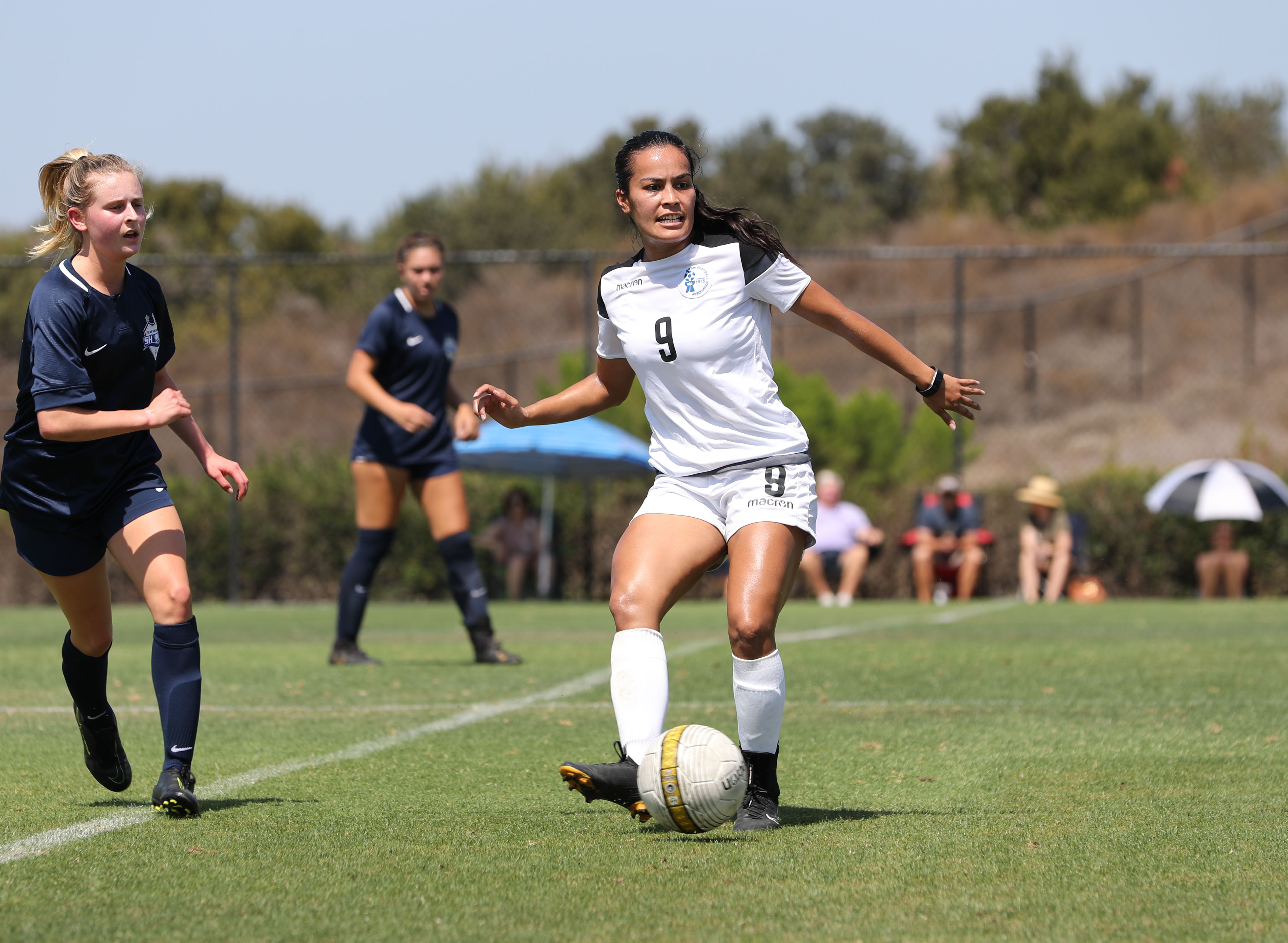 PRESS RELEASE – After playing in three scrimmages in five days, players called up to the Masakåda Talent Identification Camp in San Diego are now anxiously waiting for the preliminary roster selection moving into the final weeks before the AFC Women’s Asian Cup Qualifiers in September.

“I am definitely looking forward to finding out if I’ve been selected,” said Lily Jose, who currently plays for Chapman University in NCAA Div. III’s Southern California Intercollegiate Athletic Conference. “For the next eight weeks (before the tournament), I’m just going to continue training hard. I’m playing with a summer team then I’m back down at Chapman for my pre-season with my college team. We’ll have some double days, do fitness testing – do what I need to stay in shape and hopefully get back to the team soon.”

In the team’s final scrimmage Sunday morning at the Chula Vista Elite Athlete Training Center, Jose scored for the Guam squad in its 1-1 draw with the DMCV Sharks. Guam Women’s National Team Head Coach Sang Hoon Kim and Assistant Coach Rhoda Bamba trialed players in different positions to evaluate their skill and fitness level on the pitch. Jose started as a right back and later moved into a center midfielder position later in the match.

“Coming off of two pretty tough matches, it was nice to just kind of catch our rhythm as a team,” Jose said after the match. “We were passing a lot more, keeping a lot more possession and it just felt right when I took a shot. April (Talledo) was making her run out wide and it was drawing all the defenders out. The middle was wide open and I had an open look. The feeling of scoring a goal – there’s nothing like it. It just boosts your self-confidence and you feel like you have helped the team out in a big way.

“Before heading into the camp, I expected to train hard under the coaches, as well as get to know the potential players on the team – a lot of them were new, and some I’ve known. The training camp also helped to really build chemistry together. I think that’s the No. 1 thing that most national teams miss is the lack of chemistry because players are all coming different parts of the world, from different clubs,” Jose added.

Jose first took part in a Masakåda Talent Identification Camp in 2018 in Dallas, Texas, where she met a handful of players later selected for the EAFF E-1 Football Championship Preliminary Round 1 competition in Mongolia in September that year. Jose was not able to commit to the EAFF tournament, and since that competition, the Masakåda have not played in any international match.

Kim and Bamba currently are in discussion about the selection of players for the AFC tournament and a roster will be released in a few weeks. Selection will be from all players eligible to play for Guam in order to assemble the strongest team possible when the Masakåda return to AFC competition for the first time since 2003. Guam was drawn into Group D of the AFC Women’s Asian Cup Qualifiers with Myanmar, Lebanon, and United Arab Emirates. The Lebanon Football Association announced Monday that Lebanon will be the host of Group D.

“Thanks to Guam Football Association Executives, we were able to make this ID camp possible to see and evaluate eligible players for Guam,” Kim said. “Due to COVID19, it’s been difficult to evaluate potential players since they have not been playing many matches. With this camp, I met some players in person for the first time and saw first-hand all the players’ performance and game knowledge in match situations and also in which positions the players would possibly best contribute to the team.

“Guam’s return to AFC competition for the Masakåda is very important, especially for the development of women’s football in Guam. For the Women’s National Team, we must continue to improve our domestic squad training and also to find the best players abroad,” Kim added.

The domestic squad continue to train on the pitch twice weekly at the Guam Football Association National Training Center. The squad also engages in strength and conditioning training once a week with High Performance Coach Pavel Gubenko at the GFA Fitness Center.