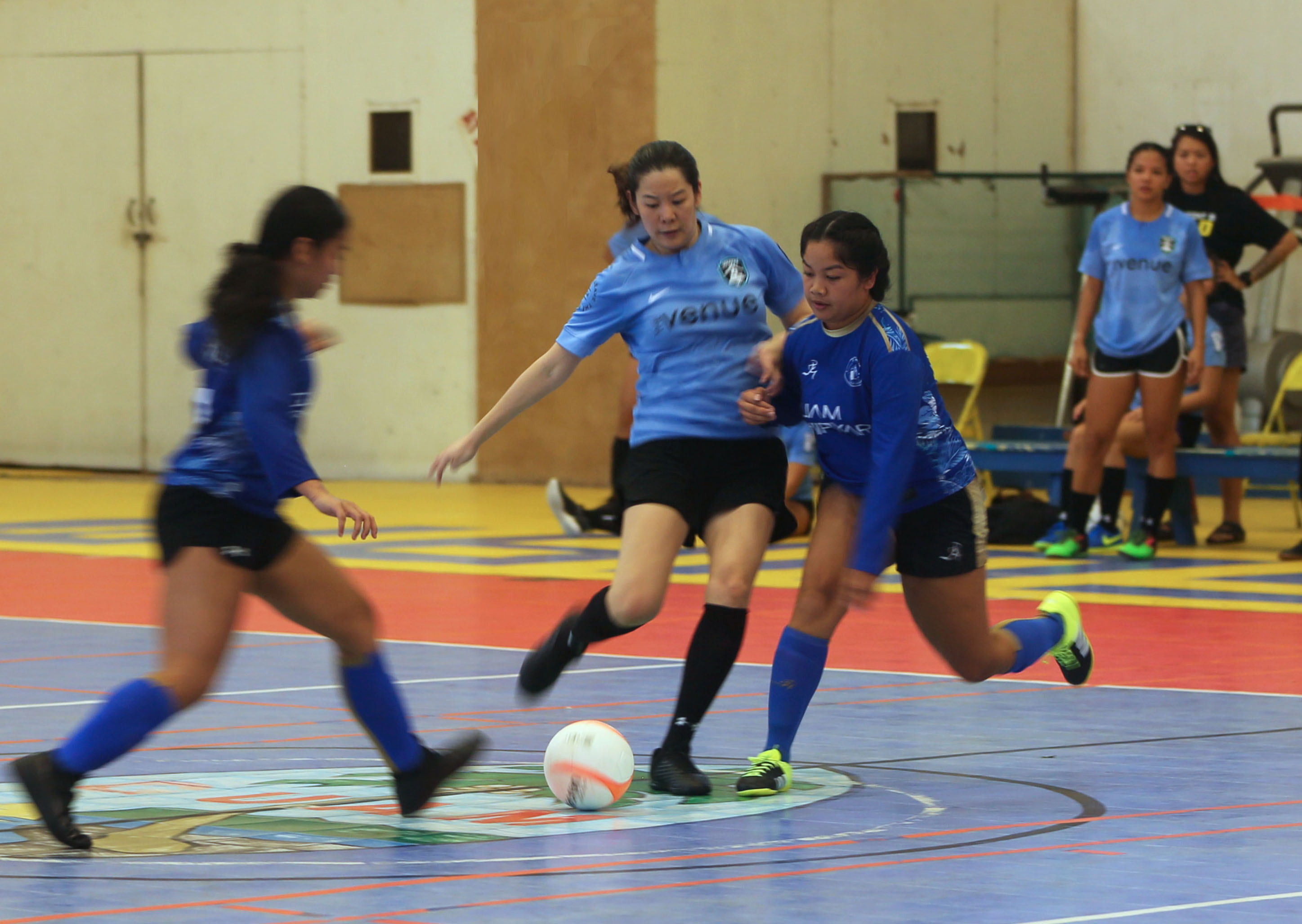 Ariya Cruz and Elisha Benavente both scored twice in the win and teammates Taylor Salas and Adrianna Cruz-Aguon also added to the Sidekicks’ goal haul. Shyann Roberto scored both goals for Guam Shipyard.

The Sidekicks FC will have another chance to topple a league leader in Week 6 play, taking on Quality Distributors at 5 p.m. Aug. 8. In Week 5, Quality increased its goal difference in competition with an 18-2 win over the Metro Pacific Inc. Islanders.

Estoy’s double-hat trick performance puts her at second place in the Golden Boot race with 18 for the season, trailing race leader Colleen Naden of Guam Shipyard by just one goal. Kawauchi is in third with 16 goals for the season.

In Week 5’s other match, the Bank of Guam Lady Strykers defeated the Southern Cobras 12-2. Jordan Baden led all scorers with four and teammates Maggie Phillips, Sabrina Kenney, and Richelle Ragadio each scored twice in the win. Koharu Minato and Christina Duenas also scored for the Strykers. Analea Meno scored both goals for the Cobras.

With the win, Southern Heat (3-2) stays at fourth place in league standings ahead of the Sidekicks (3-2) based on head-to-head competition. On Jul. 11, the Heat defeated the Sidekicks 8-1.

The league’s schedule of matches and statistics are available online at https://guamfa.com/gfa-programs/all-leagues/womens/futsal/schedules-and-results/

In other Friday evening matches, the Islanders FC handed the NAPA Rovers FC its first loss of the season with a 4-3 edge. Inochi Recella, Josiah Duenas, Justin Cruz, and Noah Duenas each scored in the Islanders’ win. Devan Mendiola, Mark Chargualaf, and Micah Hennegan scored for the Rovers.

In Sunday afternoon matches, the Sidekicks FC defeated the Friars Football Club 8-4 with two goals from Jeremy Copple and one each from Michael Rosario, Adam Rivera, Napu Mesa, Derrick Cruz, and Kristian Cruz. The Sidekicks’ other goal came on a Friars own goal. Daniel Glasscock finished with a hat trick for the Friars and teammate Gavin Baker also scored.

The Bank of Guam Strykers defeated the Wings FC 9-5 with a hat trick from Morgan McKenna and two from Joseph Connelley. Jason Cunliffe, Shane Healy, and Marcus Lopez also scored in the win. The Strykers’ other goal came on a Wings own goal. Kyle Halehale finished with a hat trick for the Wings and teammates F.J. Chargualaf and Scott Spindel also scored.

Ashton Surber stays on top of the Golden Boot race with 16 goals for the season followed by Scott Spindel at 15 goals. The Bank of Guam Strykers’ Isiah Lagutang is third with 11 goals.

The league’s schedule of matches and statistics is available online at https://guamfa.com/gfa-programs/all-leagues/mens/futsal/schedules-and-results/