GFA TO HOLD ELECTION FOR EXECS ON OCT. 20 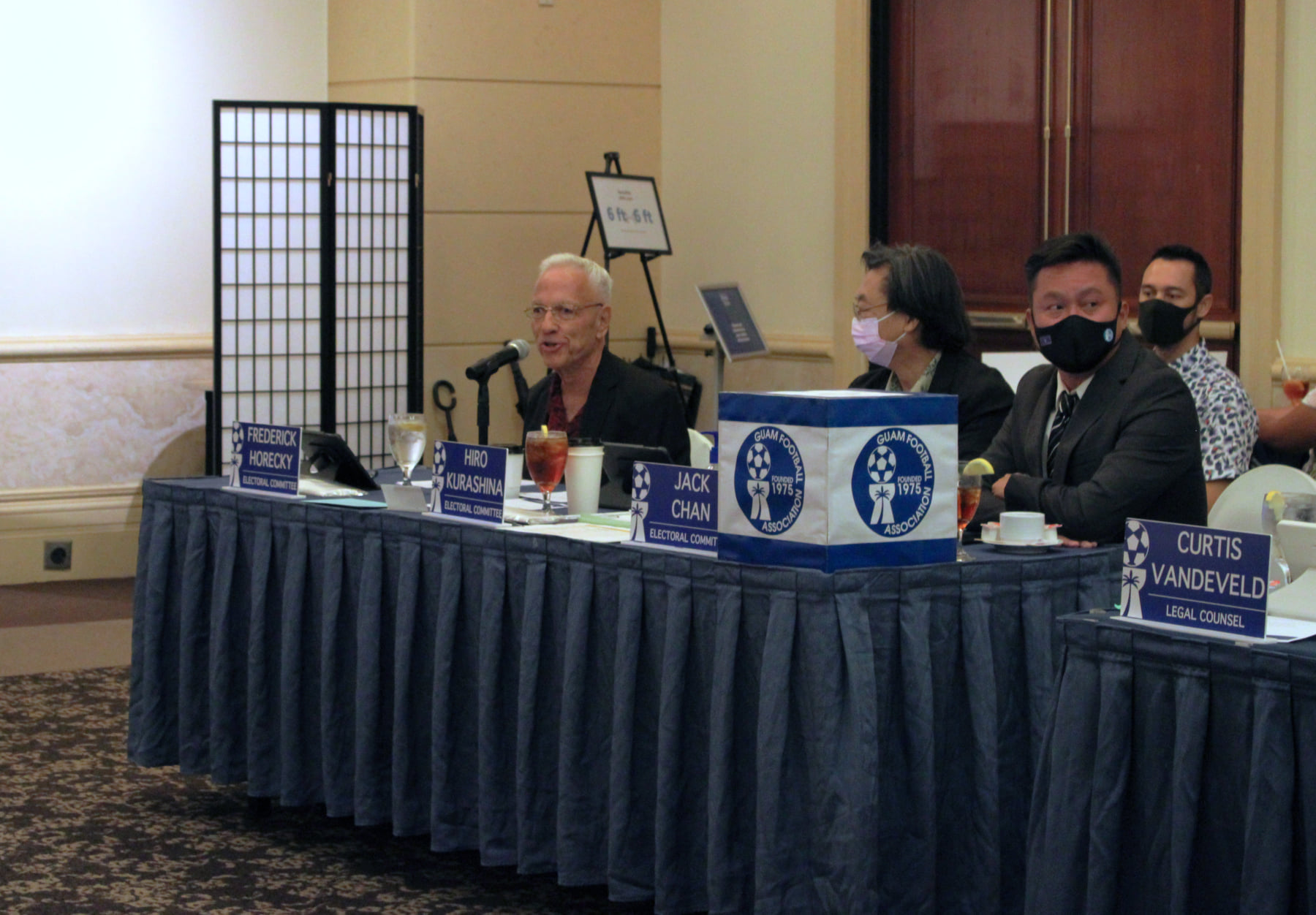 GFA Member Clubs have until 5 p.m. Sept. 5 to submit any nominations to the GFA General Secretariat for the above available positions. Detailed information regarding the upcoming election was disseminated to club Presidents on Aug. 5. All nominees will be announced via the official GFA Web site, www.GuamFA.com at least 15 days prior to the Congress date.

Based on the GFA Statutes, member clubs may submit nominees for open positions, with all required supporting documents submitted at least 45 days before the date of the Congress. Supporting documents include the required Nomination Form, the Declaration of Integrity form, the candidate’s Curriculum Vitae, a Guam Police Clearance valid 10 days prior to date of submission, and passport-size photos. Candidates must be supported in writing by at least two Member Clubs, as required to fully complete the official Nomination Form.

Per Article 41.4 of the GFA Statutes, an eligibility check will be conducted by the GFA Electoral Committee for each candidate. Candidates must be a resident of Guam with the intention to remain a resident for the duration of the term of office being sought and active in football for at least three years during the past five years preceding the election, among other criteria listed in the GFA Statutes. The same document also explains the election process in detail. The GFA Statutes Edition 2021 is available online at https://guamfa.com/contact-us/finance-and-governance/official-documents/

The 2021 Ordinary Congress follows the 2021 Extraordinary Congress that was held Jul. 24 at Hilton Guam Resort & Spa. At the Extraordinary Congress, elections were held for two substitutes for the Electoral Committee, as well as members of judicial bodies. GFA Congress members also unanimously voted to approve the GFA Statutes and Electoral Code (Edition 2021) to replace the former 2010 GFA Statutes. FIFA and AFC applauded GFA and Congress members for the organization of the event, as well as confirmation that the newly adopted GFA Statutes fully comply with FIFA requirements and standards. The FIFA and AFC letters are available for viewing on the GFA Web site, www.GuamFA.com