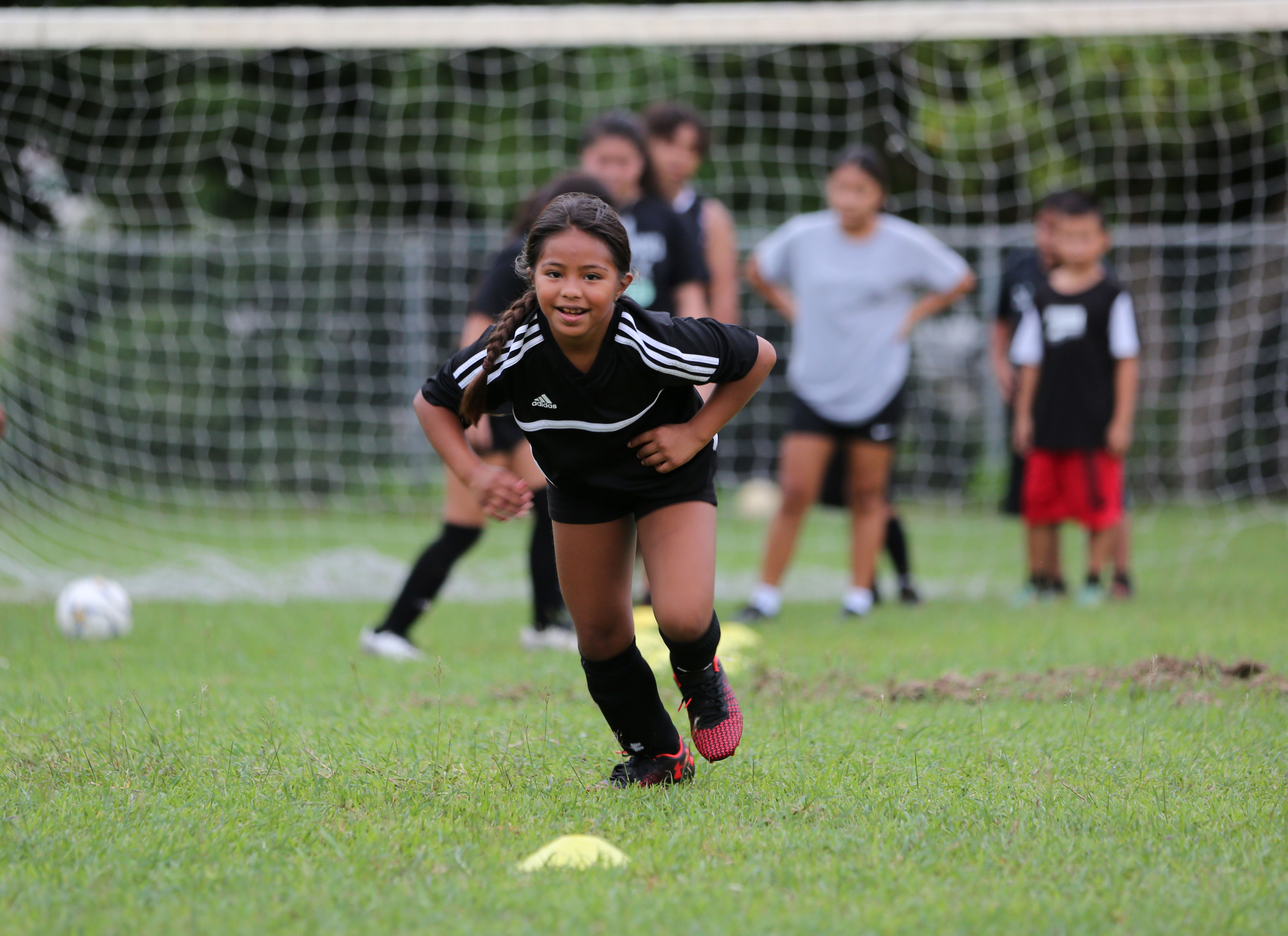 Youth soccer clubs around the island have officially begun registration and training sessions ahead of the Sept. 11 start date for the 2021 Fall Season of the Triple J Auto Group Robbie Webber Youth Soccer League.

Ten-year-old Meika Quinata was among a handful of youth players who had arrived at the Merizo baseball field early for Southern Heat’s first official training session this season Thursday evening.

“I’m excited, very excited, we can play in the league again,” said Quinata, a resident of Umatac who started playing soccer when she was eight years old. “I can challenge new people and see how good I am. I really like sports and soccer is my favorite.”

Although not able to play in an organized league for over a year due to the COVID19 pandemic, Quinata said she spent some of her free time to practice on her own or with her brother at home. Now, she is able to train with Southern Heat twice a week with the youth league starting in a few weeks.

“I had been getting a lot of inquiries from the kids, and of course, parents too, about when we were going to play again – it’s been a long time coming and we’re excited to come back to the sport,” said Tina Esteves, President of Southern Heat. “The atmosphere here on the first day of practice was great – the minute the kids got out of the car, they’d ask ‘Can I have a ball please, Coach Tina?’ so it was easy to see how thrilled the kids were to come back. In addition to welcoming back returning players, we’re also inviting new players, as well as coaches, to join our club.

“Earlier this week too, we picked up donated equipment from GFA, which included new Molten-brand size 4 and size 5 soccer balls from AFC and other items for training. It’s definitely a blessing for us, so I’d like to thank GFA for the continued support and guidance for all clubs to return to the sport,” added Esteves.

All participating clubs in the upcoming youth league were invited to pick up allotted sets of new soccer balls and training equipment made available this week. GFA received the new soccer balls for distribution to youth clubs from AFC as part of the AFC Football Scheme.

To register to play in the youth league, parents must first register with a participating club and complete the online registration process at the club level. Once the player is fully registered with a club, parents will receive instructions to register with GFA to play in the league utilizing the same online platform. Players may be as young as four years old at the time of registration to 16 years old.

A listing with contact information for participating clubs in the league is available on GFA’s Web site at https://guamfa.com/gfa-programs/all-leagues/youth/spring/registration-form/