PAIRS OF TITANS TO COMPETE FOR BEACH VOLLEYBALL CROWN

The Tiyan Titans have secured the IIAAG Boys Beach Volleyball Pairs Tournament title after two of their duos won in the semifinals. 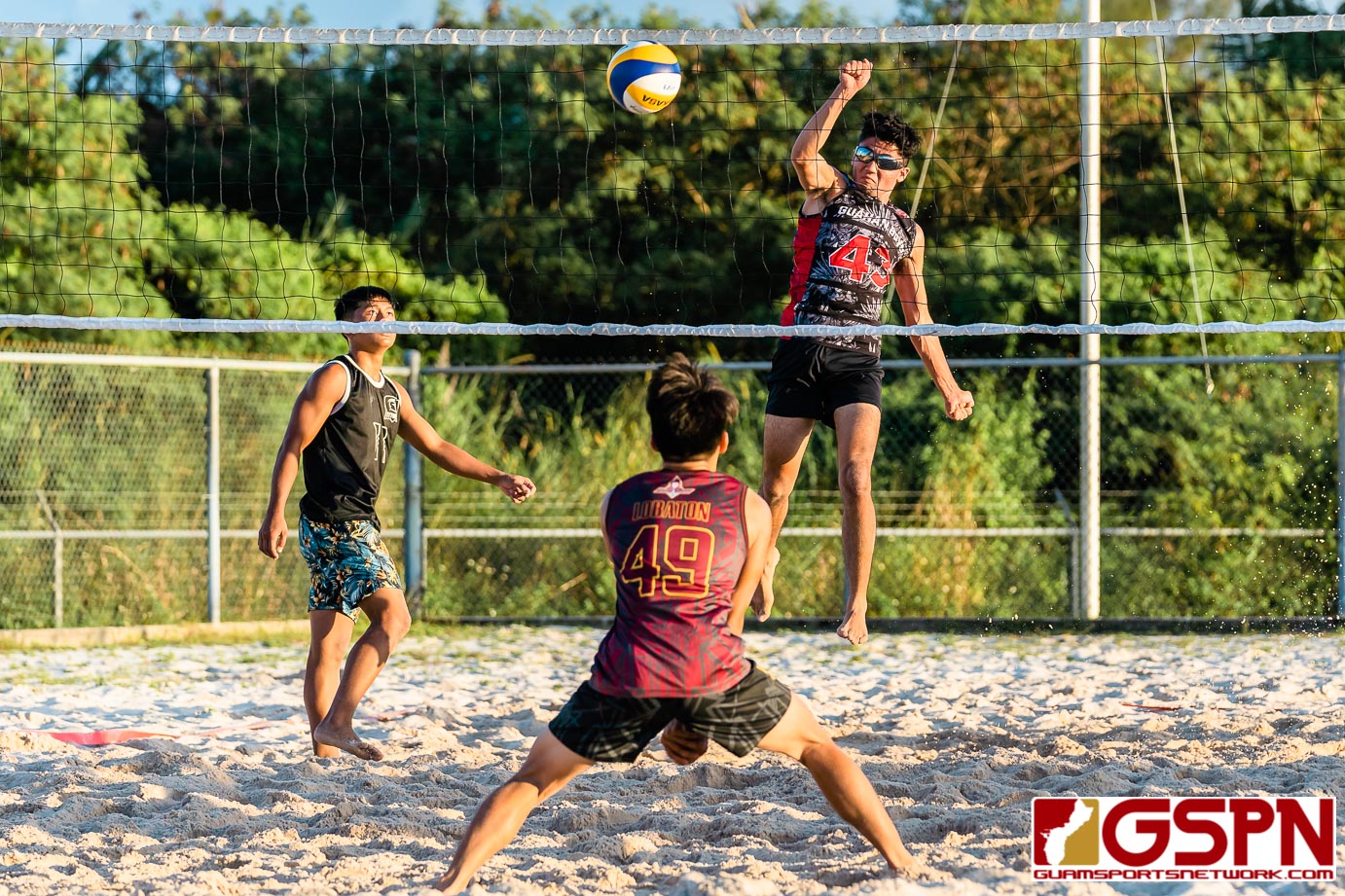 The IIAAG Beach Volleyball Pairs Tournament Title will go to the Tiyan Titans, but the Saturday will determine which of the two pairs is going to officially be able to do that. The tandem of VJ Rosario and Xander Duenas will face fellow Titans Gerald Malana and Tyrone Buekis after both pairs picked up wins in three sets in the semifinals Wednesday evening at the GFA Sand Courts.

The four Titans were took in the moment after the final game of the day that the title is coming to the school no matter what.

“It’s a friendly competition, it’s all love and brotherhood, but right now it’s whoever’s going to come out on top,” said Rosario on facing Malana and Buekis.

“Whoever wants it more is going to come out on top. It’s going to be a great match and I think we’re all ready,” said Malana on facing Rosario and Duenas.

But who’s got the upper hand? Malana and Buekis were the higher seed heading into the Tournament, but they’re not ready to write their teammates off just yet.

“We have no advantage at all,” said Malana on being the higher seed. “We’re all in the same bubble so we’re all going to have to work hard.”

And yes, there’ll be some playful banter between the teammates leading to, and maybe even during, the Championship game that’s set to take place at 4:30 pm Saturday.

“There might be just a tiny bit,” laughed VJ on how much trash talking is going to be said between now and Saturday. “We’ll talk smalk when we feel like it, but it’s all love and this whole thing is for our school.”

Malana and Buekis were battling with another set of Titans in Aedan Santos and Noel Ericsson that needed three sets to decide a winner. Malana and Buekis won the opening set and rallied from five points down in the 2nd set, losing a tough one 22-20. The 3rd set belonged to Malana and Buekis as they poured in strong hits to win 15-6.

“We knew those guys were going to catch up. We just played hard,” said Malana on digging out the three set win.

Rosario and Duenas had dropped the opening set to Friars Cam Kelly and Christian ‘CJ’ Lobaton, but bounced back with a strong 2nd set victory to force the final 3rd. Even when facing a 5-0 deficit to start, Rosario and Duenas stuck to the game plan and narrowly defeated the upstart Friar duo 15-13 in the final set.

“We just had to regroup and listen to coach. We made great use of our timeouts to help us talk about our gameplan. We started rough, but we managed to gather our thoughts together and calm down. Especially with the amount of pressure that both sides were under,” said VJ.

The day also featured matches for those competing for the 3rd place title which was an exclusive battle between four Friar pairs. The winners from Wednesday combined with the pairs that lost in the semifinals will all be thrown into matches Saturday to determine a 3rd place finisher.