ROYALS SHARP IN RETURN TO ACTION

The ND Royals got back to form in the return to IIAAG sports for the 2021 Girls Volleyball Season. 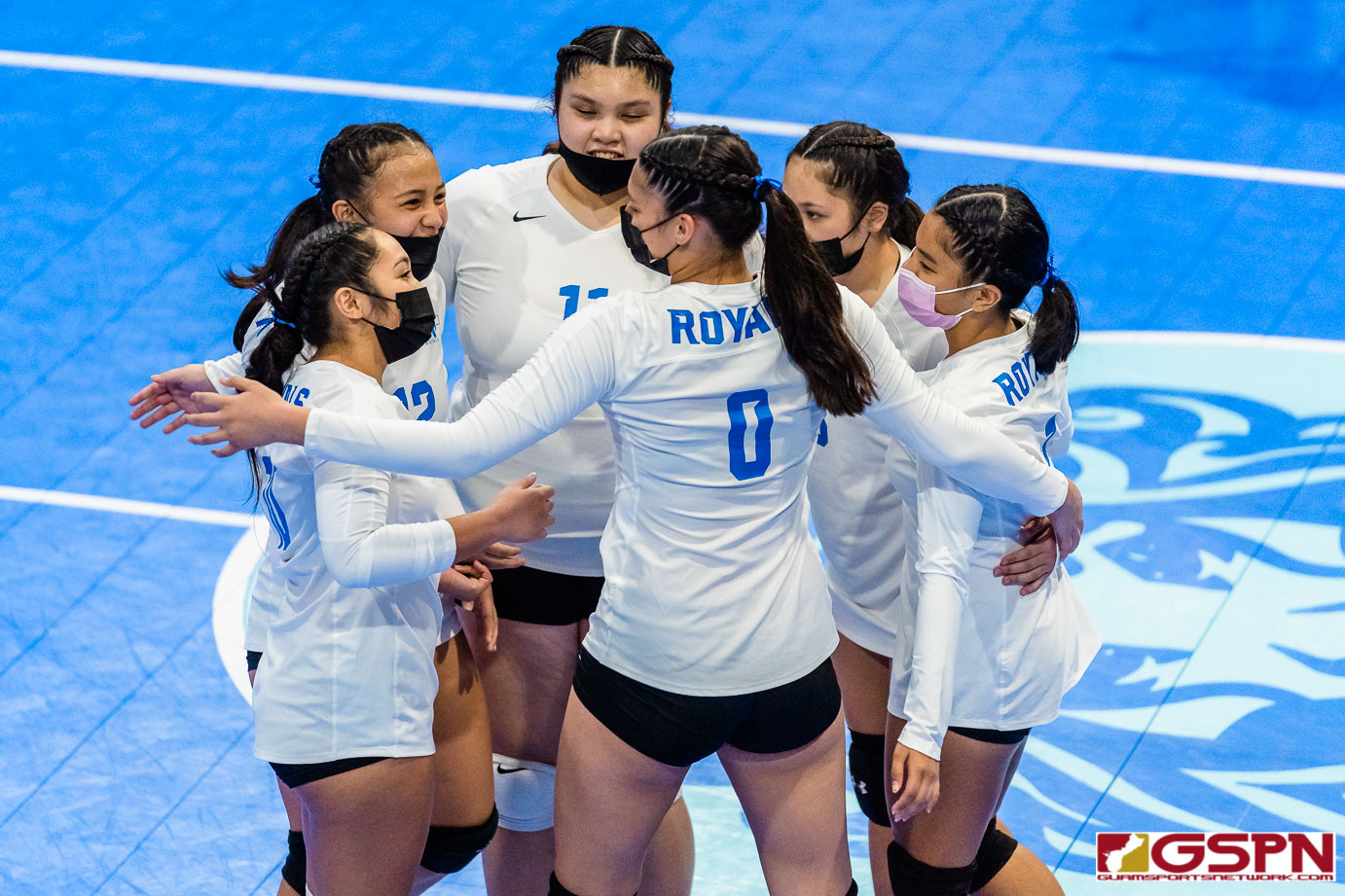 The ND Royals and Academy Cougars haven’t shared the court since the IIAAG Championship game late into the 2021 school year which resulted in a big upset tittle-winning night for the Cougars. Tuesday evening marked the return of sports for the start of the 2021-22 sports calendar year with the home team Royals opening up the year with a straights sets victory over the Cougars 25-16, 25-17, 25-19.

Tuesday’s rematch wasn’t your typical ‘championship rematch’ with more than half the players on both sides having graduated since their last meeting. One of the few returnees on the Royals roster, Faith Piper, had a dominant night with eight kills and nine aces to lead her young team.

Piper had established herself as a game-changing presence at the net right when she came onto the scene, but she’s looking like a problem for opponents at the service line after rattling off seven straight aces in the second set to break a 10-all game into a 17-10 advantage for ND.

“It was definitely one of those things I worked on all off-season,” said Piper on her dominant night serving. “It was good to get back and challenge them again and get this result. I wouldn’t say that this was getting revenge, but it felt good to get this one back.”

The young Royals got a big lift from freshman Mercedes Mendiola-Cruz who put in five aces and two blocks, including a game-ending run at the service line in the 3rd set. With no fans in attendance, Mercedes was able to mask the nerves of her first official high school game.

“I like to hide my emotions, but I was confident in myself and in my team… I was taught by my coaches to survey the defense and pick my spots. That was my strategy tonight,” said Mercedes.

The Royals were also actively rotating players all-game long with swing players and underclassmen getting a healthy dose of action. The constant use of subs was expected from the players, but they didn’t skip a beat after trailing no more than four points in any set.

“We’ve worked together all off-season so we’re all pretty close and know what were expected to do,” said Mendiola-Cruz on her teams ability to trust each other.

The Cougars were led in kills by Sadie Gutierrez with five, followed by three kills and three aces from Genice Torres.

ND wasted no time getting into their groove with Piper rocking the gym with three big kills in the opening set which quickly put her team up 11-3. A few kills from the Cougars Gutierrez and Torres gave Academy some life at the end of the set, but a final kill from Seniayath Bell would give ND the opening set 25-16.

The Cougars took advantage of a string of ND offensive errors to take an 8-4 lead before another pair of kills allowed the Royals to fight back to a 10-all game. Piper would then serve seven straight ace to take a 17-10 lead all by her lonesome before the Cougars finally called a timeout to stop the run. Piper would notch her sixth kill of the night on the final point of the 2nd set 25-17.

The 3rd would prove to be the closest set between the two teams as they were locked at 16 late. Mendiola-Cruz came up to the line with her team leading 20-19 and she wouldn’t leave that spot. Mercedes collected three aces during the teams final 5-0 run to end the game with her final ace being the final point of the night.