The ND Royals defeated the Cougars in a battle of unbeatens with the playoffs set to begin next week. 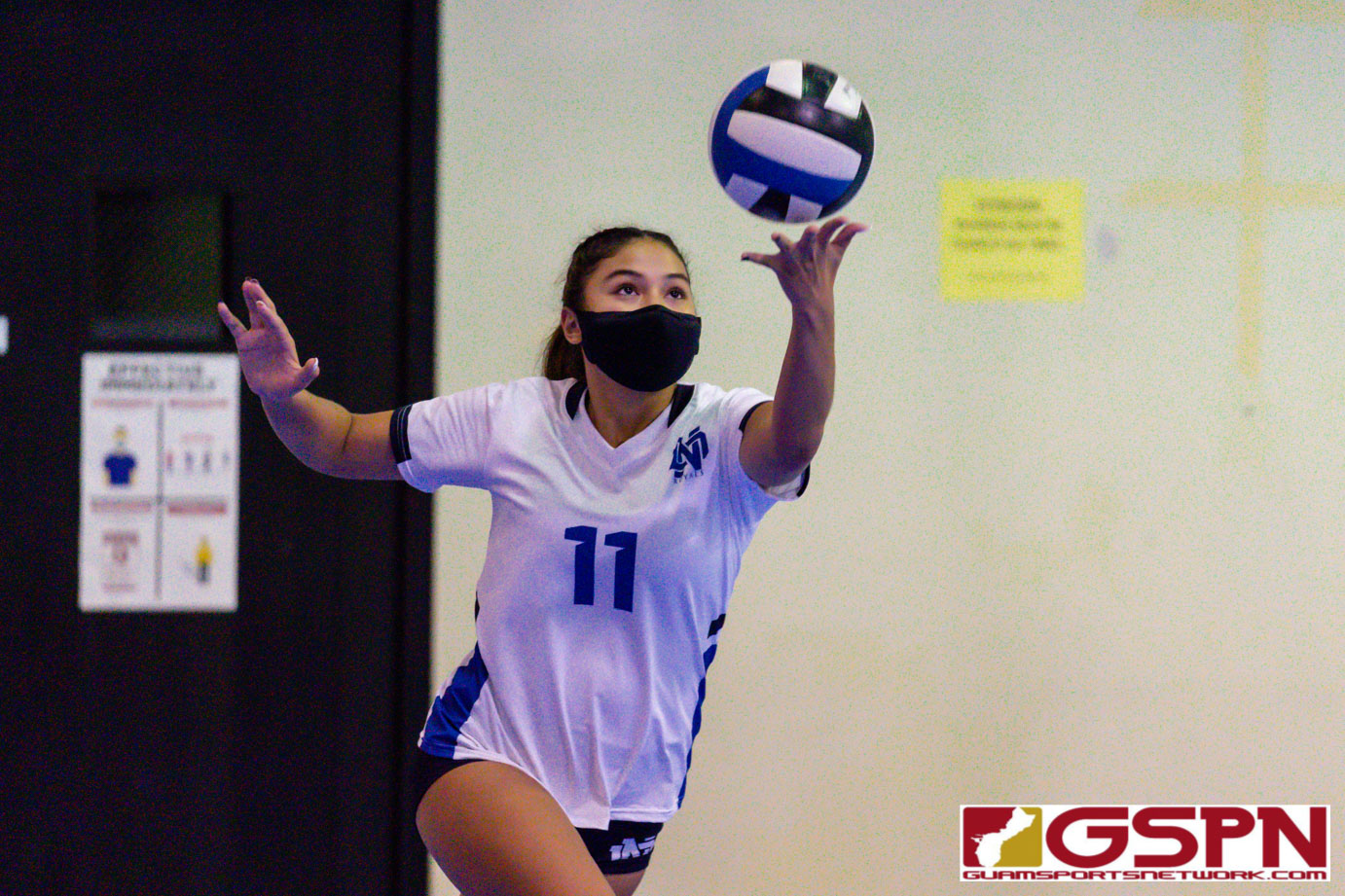 With the top seed up for grabs in the IIAAG Girls Volleyball Season, the ND Royals defeated the Academy Cougars in four sets 25-23, 25-19,16-25, 25-14 at the ND gym Saturday evening. ND locks up the top spot with a (5-0) record while the Cougars will play St. John’s Tuesday evening for second place.

The matchup featured a battle of service errors and consistent hitters. The Royals team gave it their all to come out on top in the end.

Royal Seniors Austia Mendiola and Minami Rabago fueled the strong ND offense. Mendiola had a total of nine kills and six aces with Rabago adding her seven kills to secure the win with both seniors also going through graduation earlier in the afternoon.

“Passes were good, sets were on point, I had to do my best to put away balls,” said Mendiola.

The Cougars opened up the first set with big kills from seniors Kristen Serrano and Chloe Guerrero. Senior Royal Gia Camacho answered back with a major kill off an overpass to get the Royals going.

Both teams struggled to gain any big leads as service errors came from both sides. ND was able to close out the first set 25-23 with a kill from Minami Rabago.

ND entered the second set fired up as aces and kills came from a variety of Royal players. Unfortunately, the Cougars were called on out of rotation four times and could not stop the Royal’s rhythm. The second set ended 25-16 in favor of ND off a out of rotation call on Academy.

Hope of a Comeback

Errors from the Royals led to a big Cougar lead in the third set. The Cougars confidence began to grow as Seniors Rebecca Salas and Kristen Serrano chipped in two huge kills each. Serrano also led the Cougars with four blocks to secure their only won set 25-16 of the night.

The Royals momentum picked up and Minami Rabago delivered four of her seven total kills to help the Royals close out the game 25-14.

The Seniors of ND’s team graduated earlier in the day.

“Our team is mainly seniors, they’re all like my best friends. Playing with these guys right after we graduated is amazing,” said Rabago.