The Titans and Geckos battled to the final set with the top seed in the ISA Boys Volleyball League up for grabs! 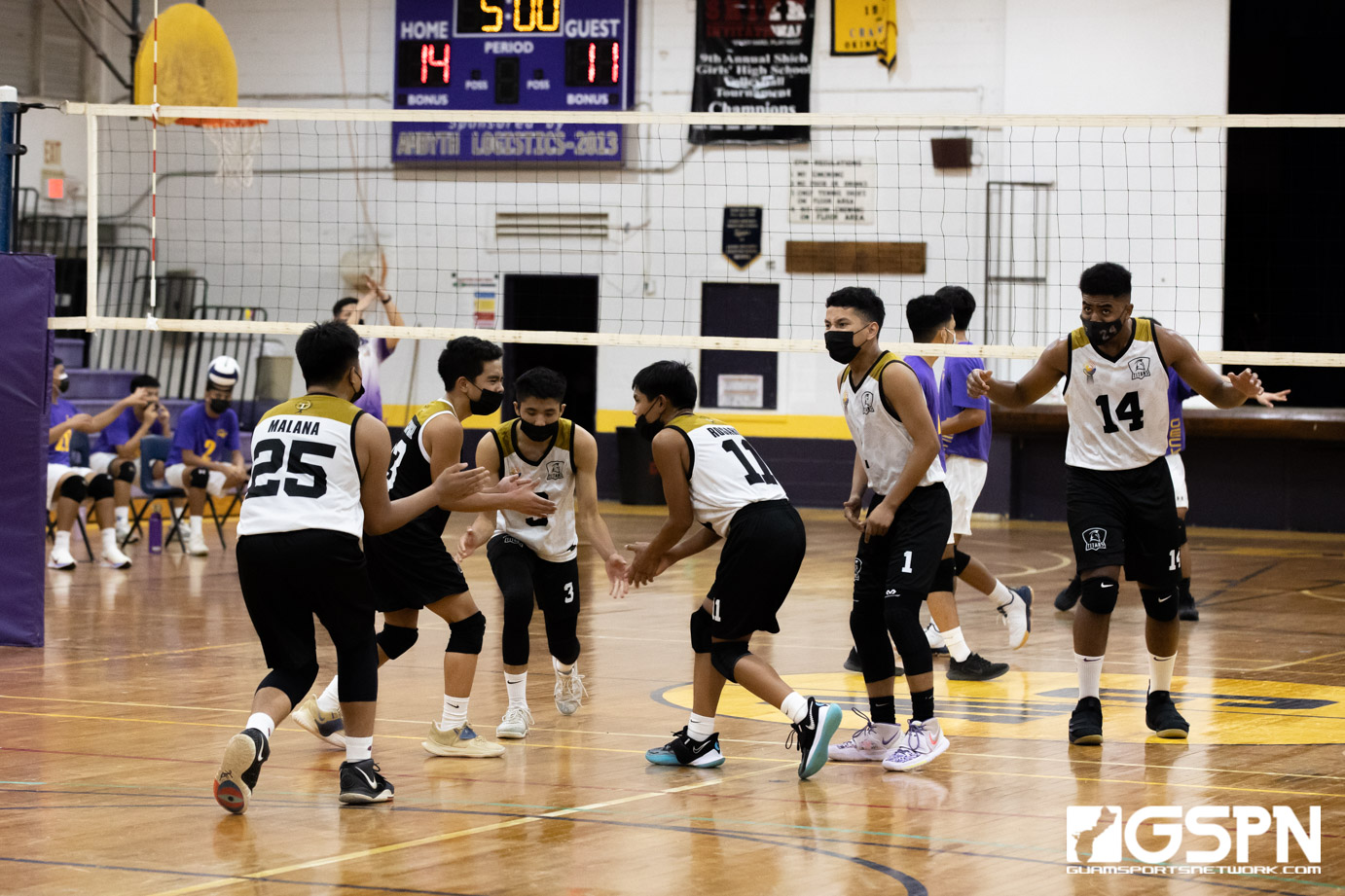 Both teams put on one entertaining battle that required five sets to decide a winner with the Titans making clutch plays in the final set to get the edge 16-25, 25-18, 27-25, 21-25, 15-12. The Geckos were in position to lock up first place in the league after handing the Islanders their first loss, but instead drop to (3-2) on the season.

Ngirarikl led the offense with nine total kills and four blocks and teammate Xander Duenas added an important eight for a steady spread of scoring from the Titans front line.

“It’s like our redemption against JFK. We took [GW] to five sets and actually beat them so I’m sure next time we’ll be ready for JFK,” said Duenas.

GW got a big game from Tomas Willow, who had a game-high 13 kills for the purple and gold, and teammate Laurence Malencio added seven.

With the Titans leading 7-6 in the final set, Ngirarikl came through with back-to-back blocks to give his team a 9-6 lead. Tiyan would hold a 12-9 advantage before the Geckos would use a timeout to try and shift momentum. Tiyan would get a key kill from Noel Ericsson to go up 14-9, but the Geckos wouldn’t fold.

The Geckos would get a kill from Nathan Castro to begin a small run. GW’s Melencio would go back-to-back on kills to get within 14-12 to rile up the Gecko bench, but Tiyan would turn to Dominic Pelobello for the final point as Pelobello found the dead spot in the center of the defense to give Tiyan the victory.

“For the blocks and hits, it’s just natural instincts. But if it weren’t for my teammates then I wouldn’t have those kinds of opportunities… My team expects me to find those spots to hit the ball,” said Ngirarikl.

Tiyan would win out in the 2nd and crucial 3rd set despite trailing in the beginnings of each of those sets. It took a mental reset, but more importantly total team support to find a way to win it.

“We weren’t really using our heads out there… The last set, we were all about placement and we weren’t slamming and trying to hit it as hard as we can, just tipping and playing as smart as we could… We were flustered a bit today but our placements were the best we played today,” said Duenas.

Tiyan improves to (4-1) on the season while the Geckos fall to (3-2), losing for just the second time this season.