COUGARS BEAT KNIGHTS TO IMPROVE TO 2-1 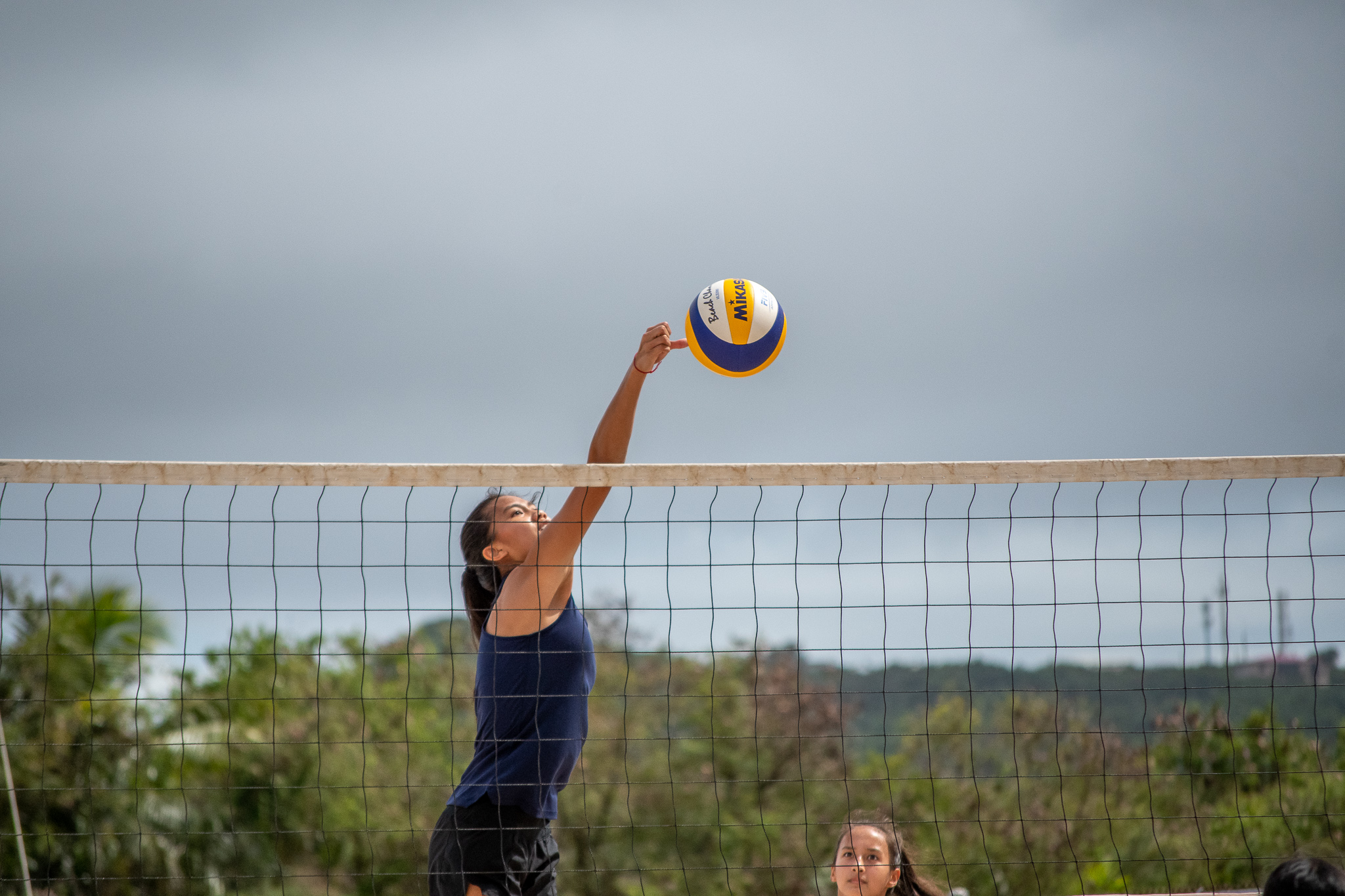 The Academy Cougars Beach Volleyball team of Chloe Guerrero and Kristen Serrano proved once again that they are the team to beat after defeating the St. John’s Red team of Jada Ada-Vidar and Ella Wigsten in straight sets (21-12, 21-6) Saturday afternoon at the GFA Beach Volleyball Court.

Guerrero/Serrano remain unbeaten as a doubles team and the Cougars improved to 2-1 as a team in the IIAAG Girls Beach Volleyball League after defeating the Knight Red team 3-0.

In IIAAG Beach Volleyball, each school will have three teams (a top seed team, second seed and third seed team) that will play a best of three matches. Each team win counts for the team score. Academy was able to win all three matches Saturday afternoon at GFA.

Academy’s Isabella Paulino and Jaeana Reyes defeated Knight Red’s duo of Skye Concepcion and Kai-Li Updegrove (21-0, 21-12) in the third seed game. The Cougars got their second victory which ended up to be the clincher with Sophia Kelly and Genice Torres defeating Na’ani Byerly and Vaishnari Khandelwal (21-10, 21-13) in the second seed game.

“Our goal at the end of the season is to win the championship,” said Serrano. “We just need to continue to have fun. We have a great team; we have a good bond and connection. Our cheering on the side (by our teammates) really helps and motivates us.”

Unfortunately for the young Knight team, the experience from the challengers took over with Guerrero serving aces from the line and Serrano dominating at the net.

“Serving is something we work on in practice and serving zones. Serving between the line and the player is something that’s hard to pick up so I usually go for that spot,” said Guerrero.

After the game was tied 4-4, Serrano recorded three kills which forced St John’s coach Arvin Flores to call a timeout.

Ada-Vidar responds with an overhand point to cut their deficit to 12-8. After a hitting error on the Knights’ behalf, Guerrero served two aces and the Cougars cruised to a 21-12 victory.

Dominance from the service line continued for the Cougars with both players dishing out difficult serves. It was a good experience for the younger Knights, but the day belonged to the Cougar seniors with a 21-6 victory.