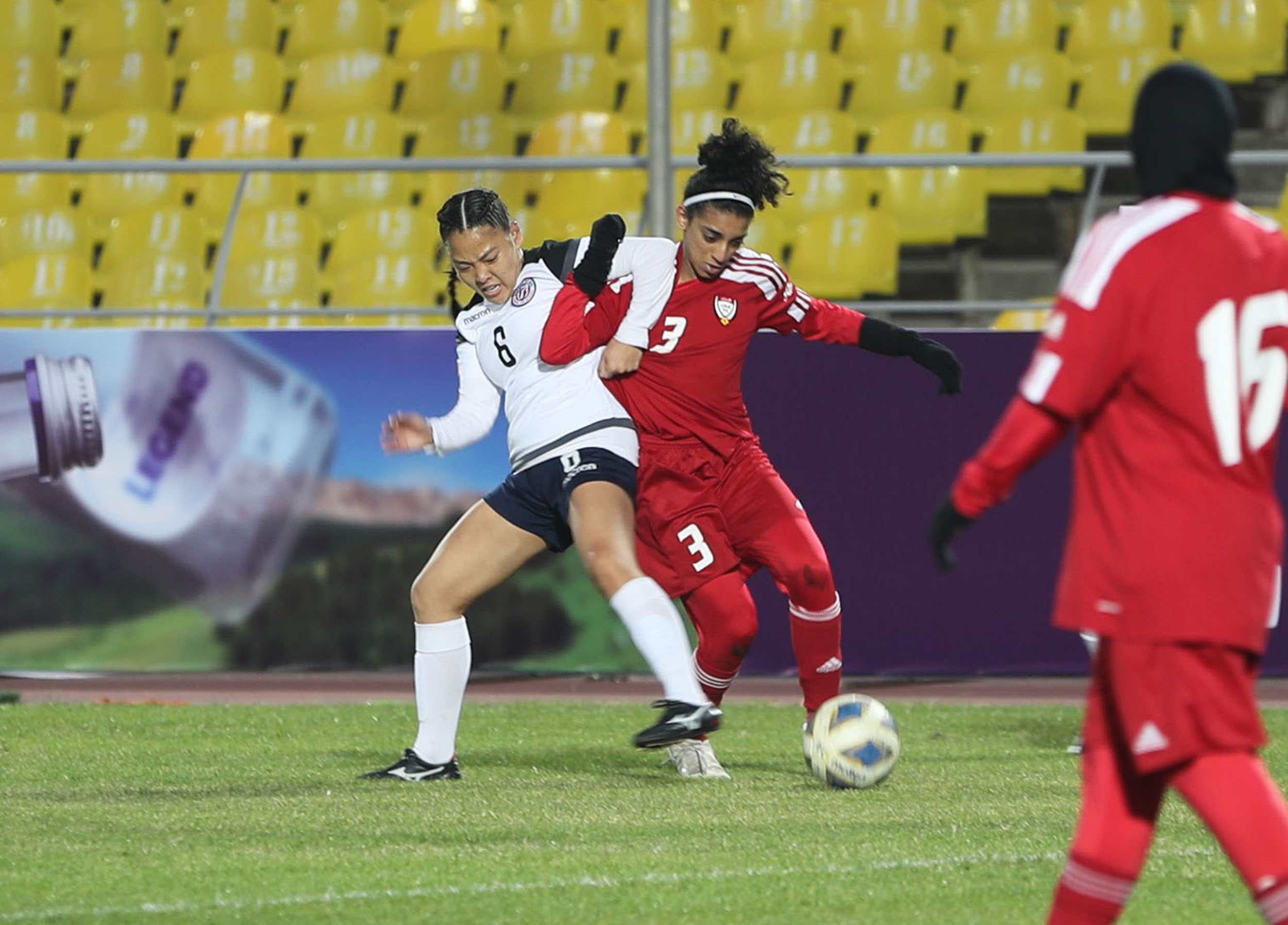 April Talledo’s 28th minute goal lit up the scoreboard for Guam’s early advantage, but UAE fought back to eke out a slim 2-1 win. UAE’s Naeema Ibrahim Gharib Juma leveled the match in the 38th minute, and team captain Nouf Faleh scored the eventual game-winner on an 80th minute penalty kick following a red card shown to Brianne Leon Guerrero for handling the ball in the penalty area.

“I believe the team did well – we did our best to stick to our objectives, but it wasn’t the result we wanted,” said Guam captain Ariya Cruz after the match. “We had some unfortunate calls, but we knew we had to continue to remain focused on our goal and play our game. It was a disappointing result, however, now we shift our focus to the next match against Myanmar. We’ve learned from this match and now we move forward.”

The match against the UAE was the first international match in three years for the Masakåda and the team’s first AFC tournament match in 18 years. The Guam Women’s National Team most recently played in the EAFF E-1 Football Championship Preliminary Round Women’s Competition in September 2018 in Mongolia before returning to the international stage Monday evening. At the continental level, Guam last played in an AFC tournament in June 2003. In Monday’s match, five players made their debut for Guam against a FIFA member nation: Emma Foley, Samantha Kenney, Elisha Benavente, Caylani Estoy, and April Talledo.

“After over three years of not playing an international match, it was definitely a great feeling to be back,” said Ariya Cruz, Guam’s anchor on its defensive line. “A lot of emotions were running through and there were a lot of nerves, but that’s always a good thing, it was an awesome feeling.

“I’d like to thank all of our supporters in Guam and abroad who wished us good luck and watched our game on live stream. The support and well-wishes really mean a lot to the team, and we look forward to an improved performance in the next match,” added Cruz.

Guam next plays against Myanmar, the highest-ranked team in the group, on Oct. 21 at 5 p.m. Bishkek time (9 p.m. Guam time). A live stream link will be provided closer to match day and will be announced via Guam Football Association’s social media platforms.