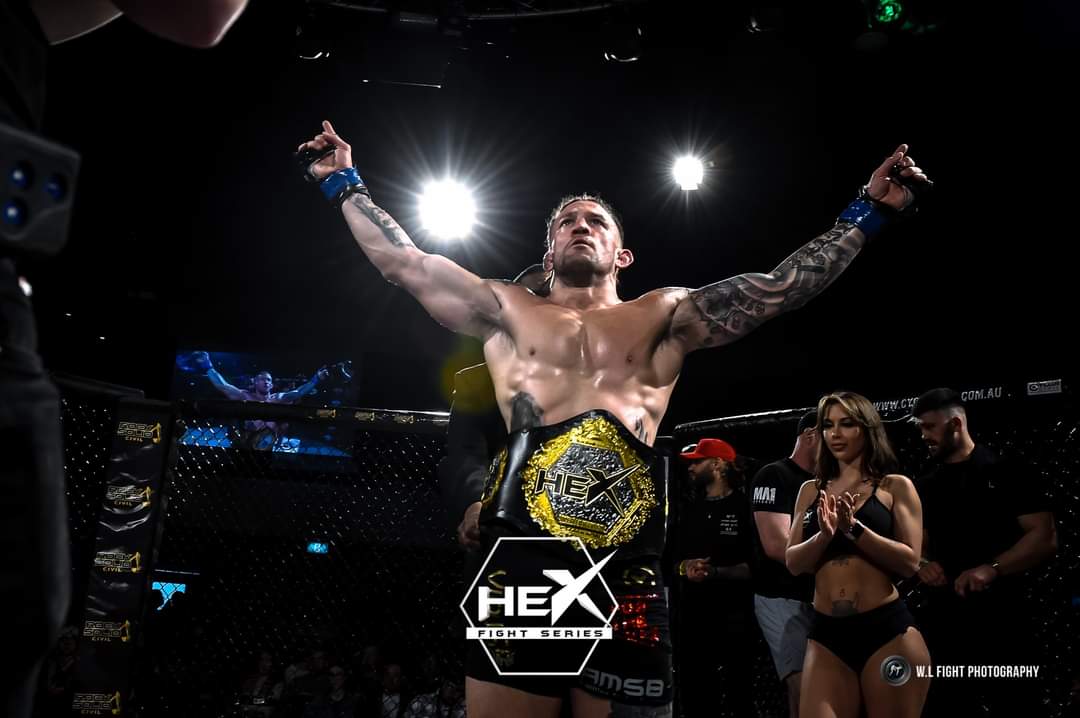 Chalk up another win for “Superman” JJ Ambrose. Ambrose went Down Under and defeated Hoshi Friedrich at the Melboure Pavillion in Melbourne, Australia, to claim the HEX Super Lightweight championship belt Friday night.

Ambrose came into the fight with a ton of confidence and did exactly what he came to do – get a victory by stoppage. Ambrose submitted Friedrich in the second round via one arm guillotine to improve to 35-9.

“My corner told me I was bringing my arm back a bit too much when I was punching the body, basically opening myself up for a triangle choke, so he asked me to pass to half guard. When I did that In the second round, he immediately sat up, exposing his neck, so the choke was straight forward from that point,” said Ambrose.

Friedrich was a last-minute replacement as the original opponent had weight issues the day prior. Experience was a factor and Ambrose is no stranger to fighting opponents in their own backyard.

The win certainly puts Ambrose on the radar for bigger and better things. “I’d love to get the call up to the UFC. I’ve been fighting for 20 years, I’ve had a lot of ups and downs, but I’m more than ready now,” said Ambrose.

According to Tapology, Ambrose is now the #1 ranked lightweight fighter in the Australia and New Zealand region. For now, we hope to see Ambrose in the cage later this year.

Jeff Mesa, who trains alongside Ambrose at Steel Athletics in Tamuning, suffered a loss in the featherweight division against Australian fighter Josh Riley. Popular heavyweight fight from the CNMI, Kelvin “Big Hit” Fitial also suffered a loss against Junior Tafa.