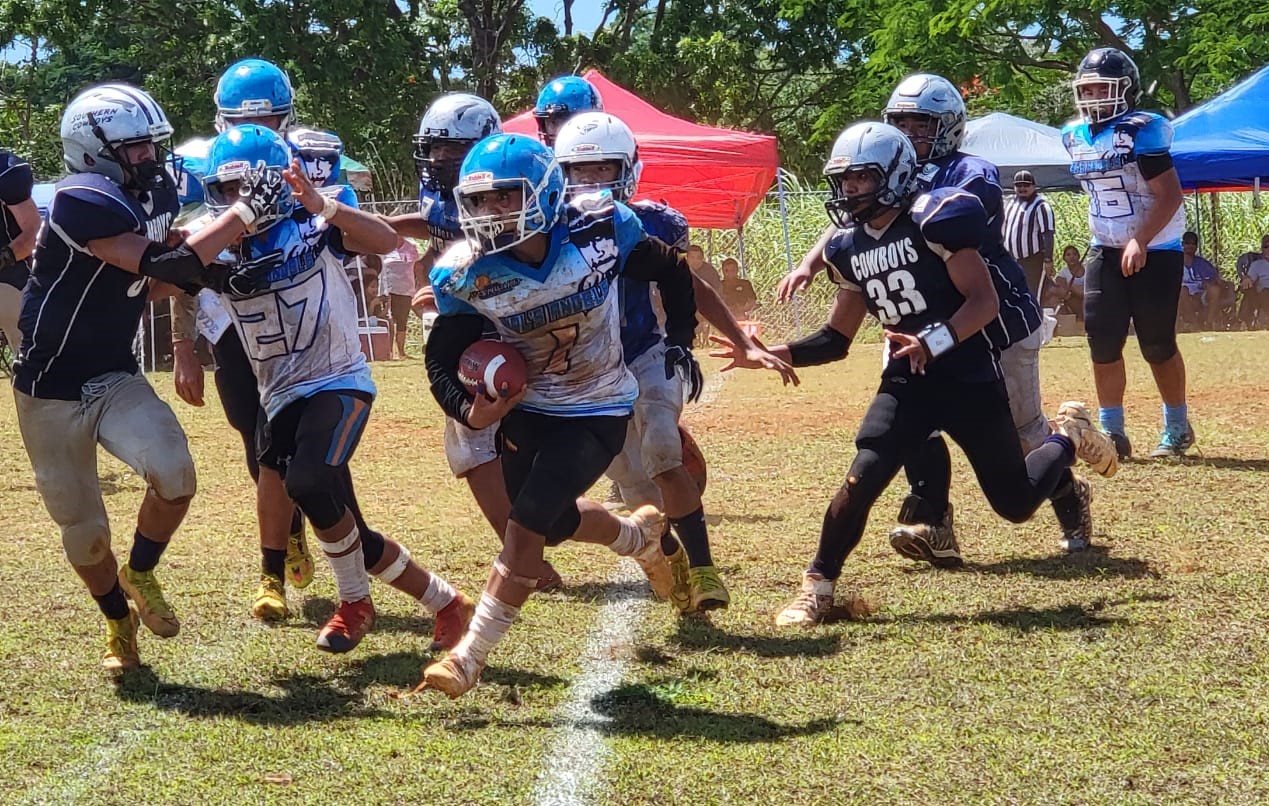 In a highly anticipated matchup in the 2022 Triple J Ford GNYFF League, the Hal’s Angels made an early-season statement with convincing wins Saturday afternoon at their home field in Wettengel.

The matchup brought action packed football, with the familiar setting of heat, screams, and shaved ice.

Both the Angels and Cowboys are considered the top in the league which made for a classic game of top dog vs. top dog, but in the end, the Angels walked away with convincing wins 32-6 in the Metgot game and 27-14 in the Matua game.

Southern had an impressive opening drive behind runs by Javin Meno and Kaynin McIntosh, moving the chains deep into Angels territory. Three penalties stalled the drive before the Angels went to work.

Angels running back Justin Sablan made two first down conversions back-to-back before quarterback Reiko Mendiola punched in the first score from three-yards out.

The passing game set up a nice 16 yard score by Sablan to the left corner of the end zone. With the PAT blocked, this left the score 14-0 Angels.

Mendiola orchestrated the Angels offense masterfully, balancing the running and passing game. His 18-yard run and 28-yard pass set up another score when he connected with Tobias Castro for a 10-yard score. That gave the Angels a handsome 21-0 halftime lead.

The Angels struck immediately to start the second half with another touchdown by Sablan. That left the clock roll under the mercy rule leading 27-0.

In the final stretch of the game, the Cowboys showed some fight with McIntosh scrambling for an electrifying 74-yard score. McIntosh added a fourth quarter 15-yard touchdown to end the scoring for the day