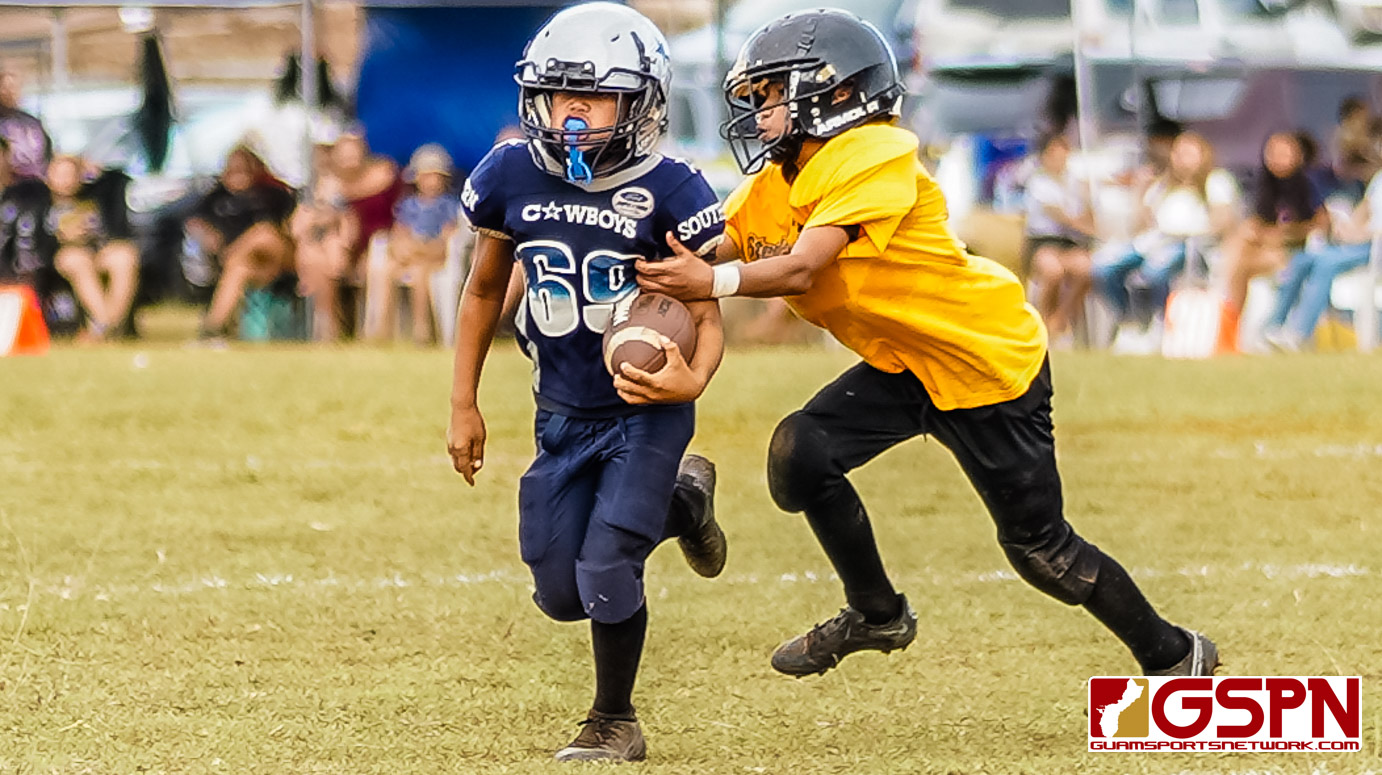 The American Watertek Southern Cowboys were the last team to get their 2022 Triple J Ford GNYFF season underway after the other eight teams kicked off last weekend, and by the look of things, they were antsy to get going.

The Metgot Cowboys blanked the Guam Steelers 36-0 while the Matua Cowboys ran past the Steelers 35-6 Saturday afternoon at the Tamuning ‘Old Eagles’ Field.

Southern’s Thomas Iriarte scored two touchdowns in the first quarter and Shayana Taimanglo added the two conversions to put the Cowboys ahead early 14-0.

Taimanglo and Ooka added second half scores and the Cowboys went on to an impressive 36-0 shutout in their opening game.

Players of the Game Jared Yamasaki and Thomas Iriarte for being recognized and said it felt “good” to be recognized, and “the coaches and families pushed us to be a stronger team.”  They proved that a tough defense can set up more opportunities for the offense.