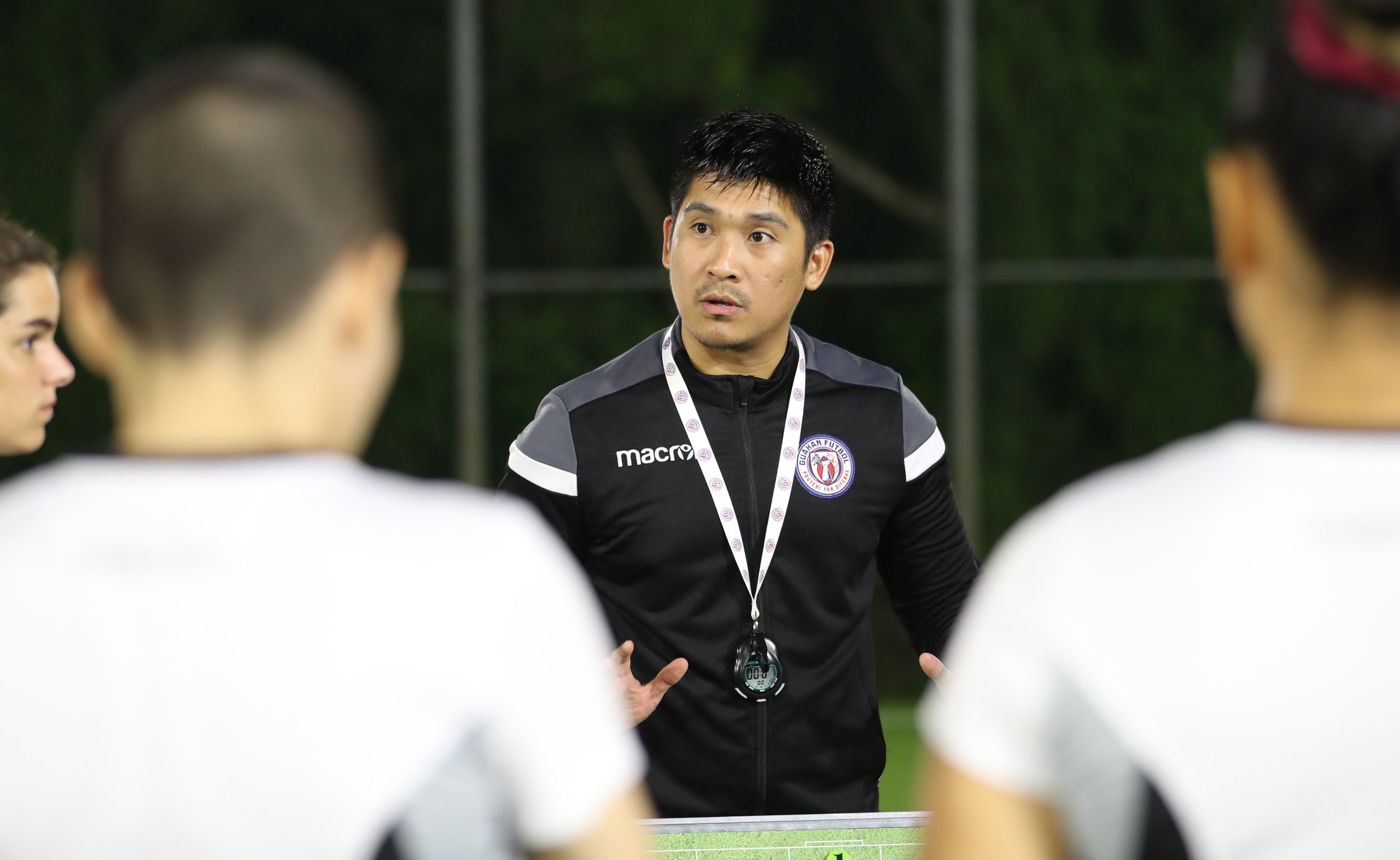 PRESS RELEASE – Creating an efficient system aimed at talent identification and maximizing technology to raise performance standards for players and coaches will be key in a new technical plan for the success of the Guam Women’s National Program under Ross Awa, new Head Coach of the Masakåda, Guam Women’s National Team, and Director of the Women’s Program.

“Ross, also a product of Guam’s national program in his youth days, has the technical background, experience, networking, and passion to move Guam forward in football development, especially with the women’s game,” said Valentino San Gil, GFA President. “He has experience in almost all areas of the game in Guam – coaching, team management, and administration – that prepared him for this important role. I look forward to tracking his progress, as well as the overall progress of the Women’s National Program.”

A combination of players’ overall skills and abilities with technology available to aid in upping fitness standards and tactical knowledge of the game are essential in Awa’s new technical plan with his technical staff and GFA’s High Performance Team. Talent identification will begin with youth national players, who will be supported through Guam’s elite player pathway to the Masakåda.

“Firstly, I would like to establish a supportive environment that will develop women’s football in Guam by enhancing the level of coaches and players in our youth national teams to increase Guam’s homegrown player pool; prepared youth national team players are more likely to be valuable to the Masakåda,” Awa said. “Secondly, it will be our goal to raise the standard of football within our local competitions to produce top-quality and consistent players within our National Team Program.

“Particularly for the Masakåda, I will be integrating newly identified players from abroad with
selected players from the Premier Division (of the Bud Light Women’s Soccer League) for
upcoming campaigns to improve our ranking,” Awa added.

Off the pitch, Awa continues to build on the program’s new technical plan, which includes planning for domestic field and gym training sessions, training camps, friendly matches against club or other national teams, and individual player assessments and periodization plans for optimal performance during major competitions, among others.

“My technical staff and high performance team will be working diligently to establish a sustainable program, as we improve our players’ football actions in competitions,” Awa said. “We will be collecting and analyzing quite a bit of physical data which will be important for the demands to carry out our technical plan.”

GFA currently utilizes the Fitogether EPTS system, which monitors and generates football fitness-related data, including heart rate monitoring, kilometers covered on the pitch, and running pace and distance data, among others. Other fitness tools include DashR sprint assessment device, as well as weights and machines for strength, conditioning, and recovery, in GFA’s Fitness Center utilized under the supervision of GFA’s High Performance Team of Pavel Gubenko and Koharu Minato. GFA also utilizes Spiideo Portable SmartCam equipment and Spiideo Perform, a highly-regarded sport video recording and analysis software based in Sweden. A.I. technology in Spiideo’s system provides the ability to view different parts of the pitch on demand, while providing analysis tools for coaches. Quick presentations can be made through the software to include individual and team pass data, field coverage and distance, and position-based match highlights, among other data. All these elements are crucial to establishing Guam’s style of football, and how to assert this style for results in tournaments.

For individual players, this data can be used to increase opportunities to get into intercollegiate
women’s soccer programs or in leagues abroad. GFA currently utilizes NCSA and Hudl available
to Guam’s youth national players, as well as players in youth leagues through its AHEAD (Assistance for Higher Education and Development) program.

“It is an honor and privilege to return back to the Women’s Program in this different capacity,”
Awa said. “I have belief in the team we have to establish a style of football that we will be
known for.

Awa is a former Guam Youth National Team player and goalkeeper. He was the former Head
Coach of the Guam U20 Women’s National Team in 2021, while also filling in Assistant Coach
and Goalkeeper Coach roles with various youth national teams.