The highly anticipated matchup between the Cougars and Titans turned out to be an all-Cougar celebration. 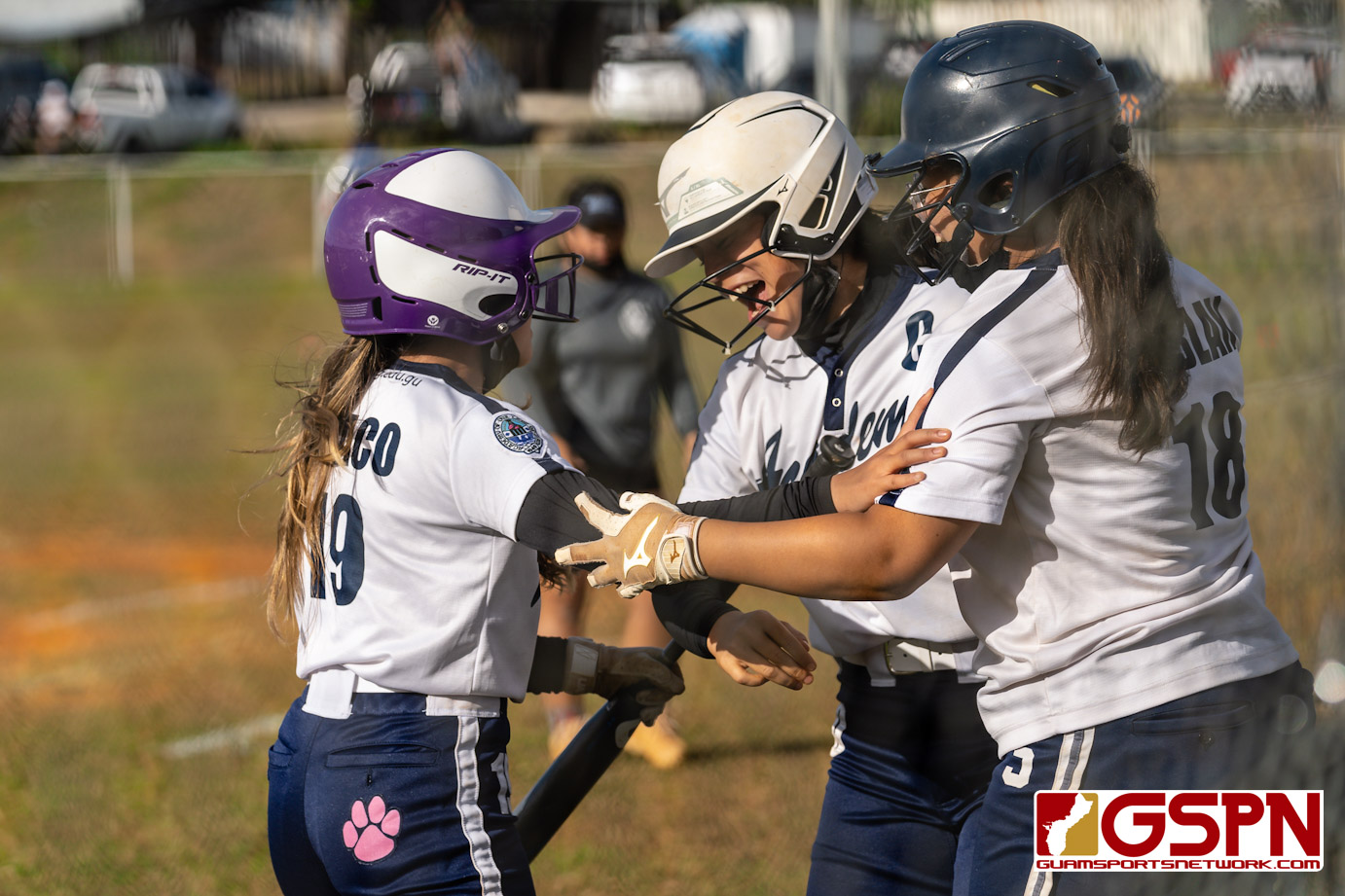 A late season battle between two of the best in the ISA Softball league turned into a one-sided affair Tuesday as the Academy Cougars (6-0) unloaded runs in their 22-3 victory over the home team Tiyan Titans (4-2) through three complete innings. The 15-run mercy ruling came into effect as Academy put in an average of 7 runs each inning.

From the opening pitch, the Cougars were dialed in. Three walks loaded the bases for the Cougars which set up a sac-fly from catcher Jeneva Guerrero for the first run of the game. Noelle Chun added more runs to board with a two-run double for the Cougars, followed by a two-run single from Savanna Aguon to quickly put the Cougars up 7-0.

Tiyan appeared to provide an answer in the bottom of the 1st with pitcher Zoey Indalecio getting her team on the board with a sac-hit. A stolen run from Arika Concepcion and another by Isabellea Acosta had Tiyan within striking distance down just 6-3.

The 2nd inning proved a even more fruitful inning for the Cougars as they kept their foot on the gas. A two-run single by Madeleine Gutierrez highlighted the Cougars early offense as they went up 9-3, but late hits by Kadynce Chaco and Giana Sablan blew the game wide open.

Chaco smashed a three-run triple to go up 12-2, and an at bat later Sablan would hit a one-run triple, which turned into to two runs as an error to third allowed her to make it home.

“It’s really all about energy. Our bench really helps us keep that energy up. It makes me feel like I’m doing work on the team and that’s really all I want, which is to contribute,” said Sablan on what fueled the teams hot start.

The defense kept Tiyan off the board in the bottom of the 2nd with the shortstop Chaco picking off a grounder to beat the runner to first base for a quick first out. Isa Dangan would get her first strikeout to end the 2nd, giving Academy even more momentum in the 3rd to put the game away.

Aguon, Guerrero and Chun would shine in the 3rd, extending the lead to 22-3 as each batter brought in two runs.

The Academy defense made a double play off the first two Titan batters early in the 3rd with the game ending on an infield fly grabbed by Sablan at first base.

“We had to come and show how Academy works and how much hard work we put into practice, but we really treated this game like any other game,” added Sablan.

The Titans had only lost to Guam High before Tuesday’s showdown with the Cougars now beating everyone in the league except for the Southern Dolphins, whom they meet next Tuesday in their last regular season game. Despite having a stellar season and momentum heading into the post season next week, Academy isn’t planning on letting up.

The regular season wraps up next week Tuesday for the Cougars as they will host the Southern Dolphins while the Titan Titans travel up North to face the Sanchez Sharks in their regular season finale.

ISA Softball Playoffs is slated to begin March 8th with the only the top four seeds competing for the title.