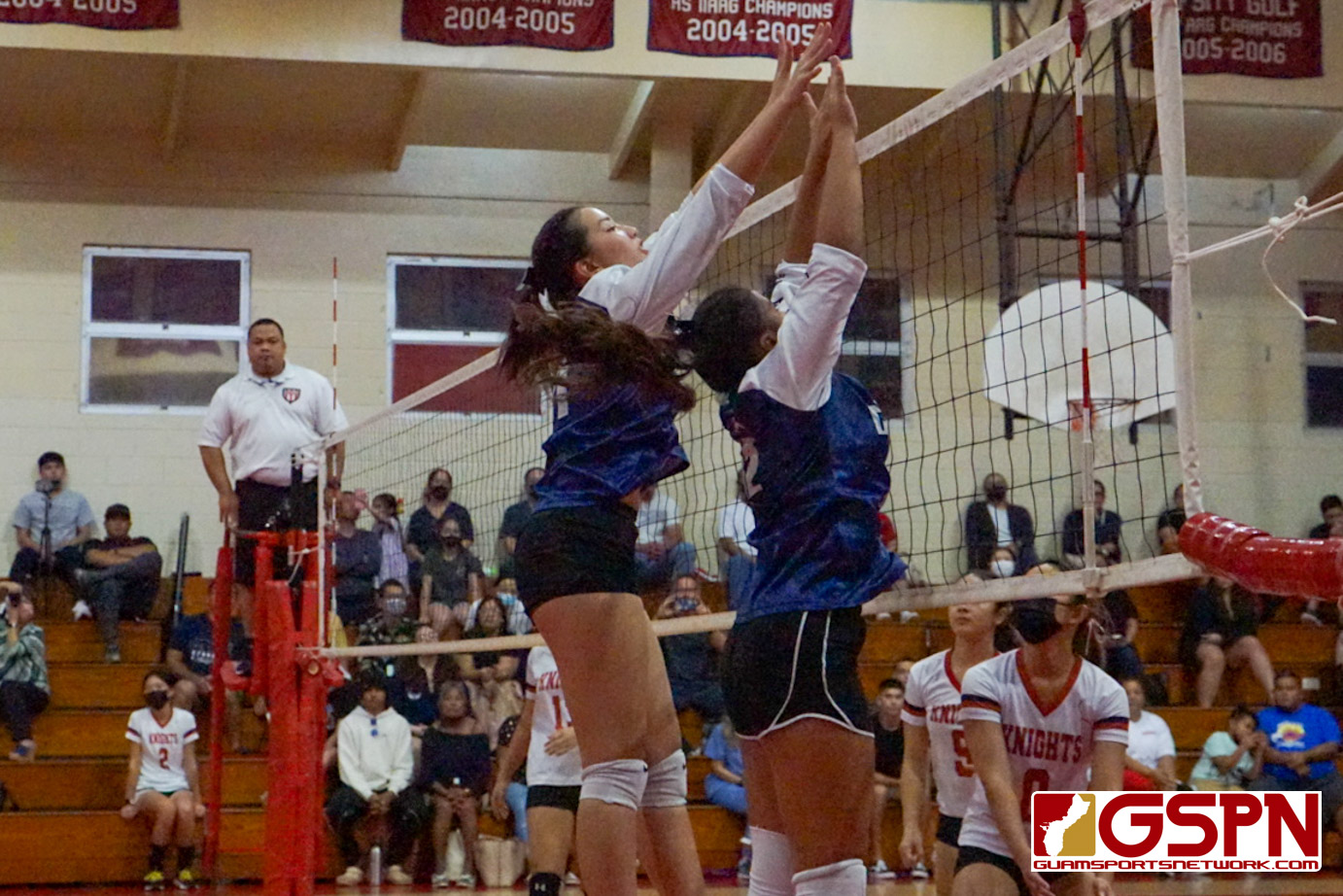 Sophomore outside hitter Hinengi San Nicolas led the Cougars with six kills, four coming in the final set. Senior libero Reika Tenorio was rock steady at the back with nine digs. 10th grade setter Ariana Cruz served up seven aces on the night.