The Southern Dolphins grabbed a win over the host team Tiyan Titans on wrestling’s return to high school sports. 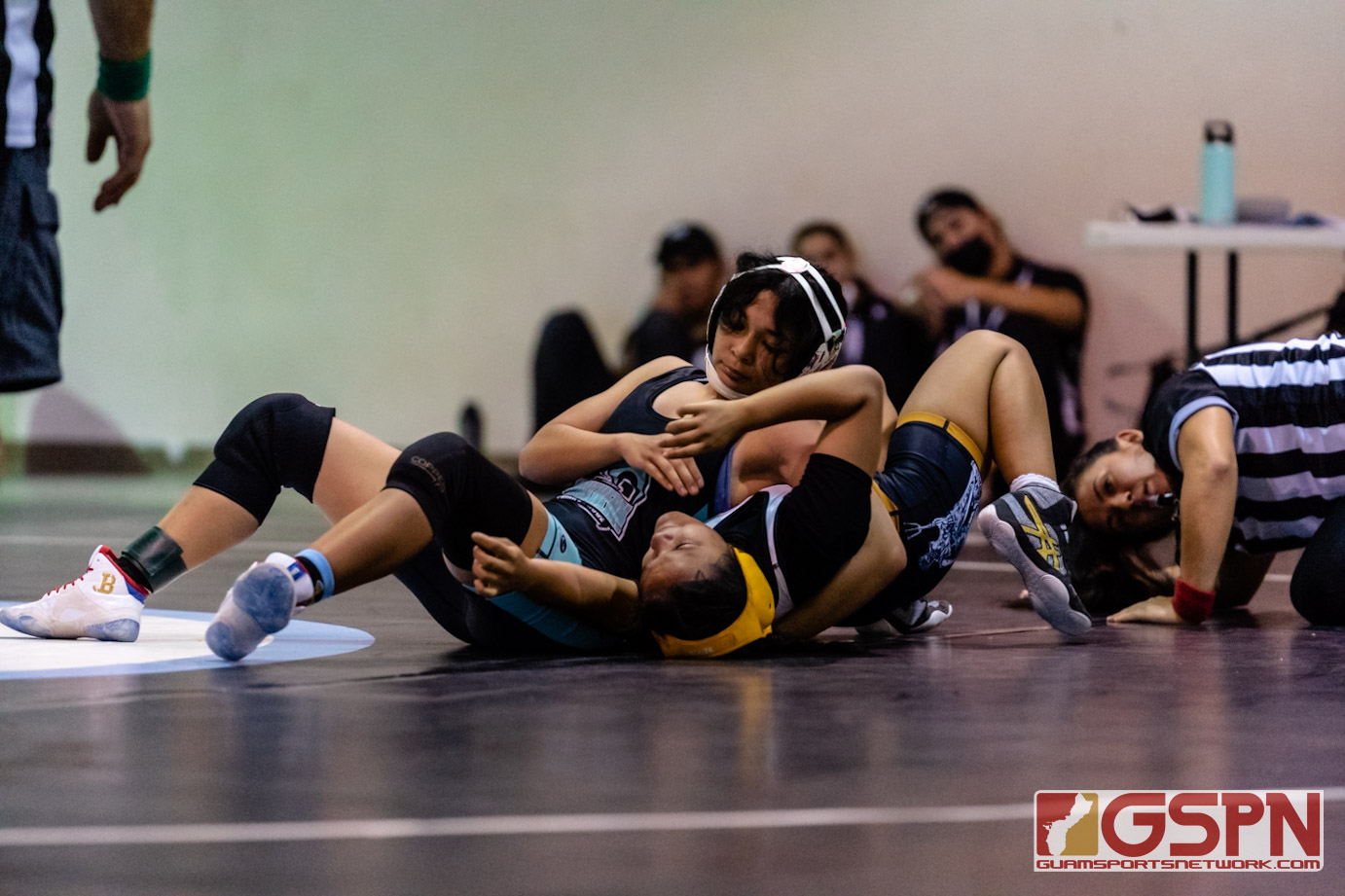 It’s been over two years since Guam has seen a high school wrestling match, but Saturday’s return to the sport saw shades of December 2019 when the Southern Dolphins celebrated their first ever school wrestling title for girls. Now under the ISA umbrella, the 2022 Wrestling season got underway at the Tiyan High and FD gyms with a pair of Lady Dolphins once again highlighting the day as the Dolphins swept their matches against Okkodo and Tiyan.

Southern senior Edyn Santos was part of the Championship-winning team in 2019, but her time away from the sport and the competition mat made her a little nervous heading into her first showdown since hoisting up that All-Island trophy. In her first few seconds, Santos was on her back as Tiyan’s Reana Sanchez got an early advantage. Santos quickly got into form, hitting Sanchez with a reversal which set up a quick 1st period pin.

“I was just really excited and went head on,” said Santos on the match’s first few seconds. “I’m really rusty because of the one year we didn’t wrestle, but today was a good feeling to share with all my teammates. I’m excited for the rest of the season.”

Dolphin Sophomore Analea Meno had gained a victory against Okkodo’s Ligaya Imanil earlier in the day, but she was in some hot water against Tiyan’s Aubrey Blas while facing a 4-1 point deficit midway through the final period. Meno tapped into her wrestling instincts to flip Blas over, getting a pin in crunch time to preserve a strong outing from her team.

“I wasn’t really listening,” laughed Analea on hearing her coaches advice from the corner. “I was kind of just going off what I thought was right and what I felt I was strongest at… I was really tired, but I really just tried to flip her over and see where I can go from there. I was really nervous at first, but going out there and getting through it felt really nice.”

From underclassman to team leader, Santos is embracing her role and is just happy to see her teammates succeed.

“It means a lot to me to be back on the mat… Having new faces on the mat and seeing them from the beginning [of practice] to have them smile and have their hand raised just makes me really proud of my team,” added Santos.

Southern’s boys also had a big day with Jordan Lujan, Ely Pocaigue and Anthony Martinez grabbing three straight pins for the Dolphins in the 1st period.