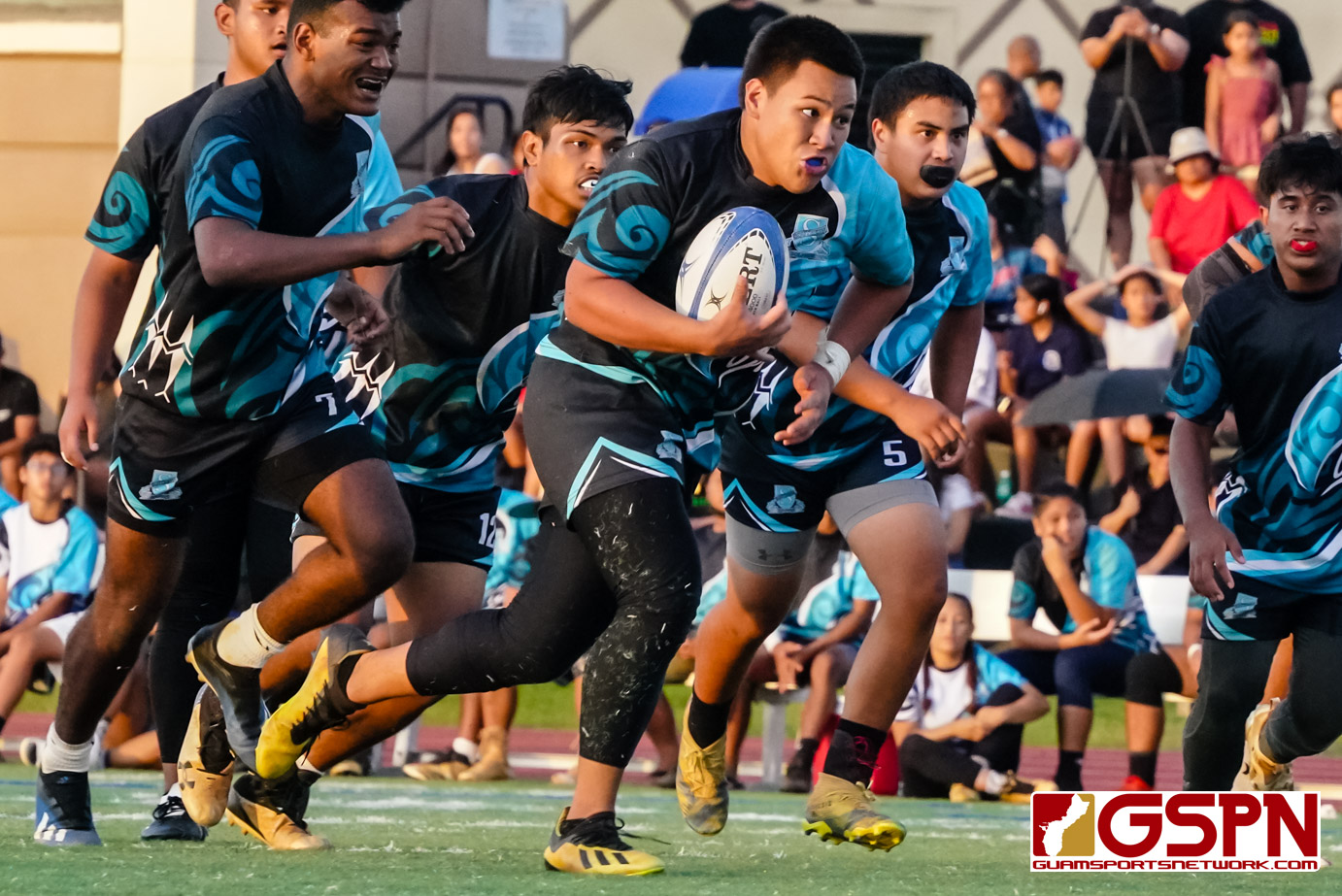 The Southern Dolphins advanced to both the boys and girls championship games of the 2022 ISA Rugby League.

The boys Dolphins pulled off a late-game comeback to take down the Sanchez Sharks 7-6 in one semifinal match while the girls shut out the tough Tiyan Titans 19-0.

Southern’s boys were clear favorites in their semifinal match, but the smaller and outnumbered Sharks put up a big time fight to make it interesting.

Sanchez’s K.K. Kaminanga nailed two free kicks in the first half to put the Sharks up 6-0 at halftime.

The more aggressive Dolphins finally gained control of the match throughout the second half, but still had a difficult time breaking the scoring line until just about a minute left in the game when Jordan Lujan finally broke through from short distance with a try.

Still trailing by one, Jaren Leon Guerrero nailed the game-shifting conversion kick that proved to be the difference.

Southern will play its championship game without senior leader Isaiah Topasna, who received a red card in the first half, which disqualifies him from the next game.

They will be even heavier underdogs against the unbeaten and loaded FD Friars, who took out the Okkodo Bulldogs 21-3 in the other semifinal match.

Collin Ada had two tries, Caleb Murphy added the other and Caiyle Gogue punched in all three conversions for FD.

The Friars and Dolphins battle for the title on Saturday at 1:30 pm at the GW Field.

The Southern girls shocked the #2 seed Tiyan Titans 19-0. They now have the undaunting task of facing the high-powered ND Royals, who continued their domination in the season with a 31-0 win over the Guam High Panthers.

The girls championship match is scheduled right before the boys at 1 pm at the GW Field.