Southern comes out strong in second weekend of wrestling season 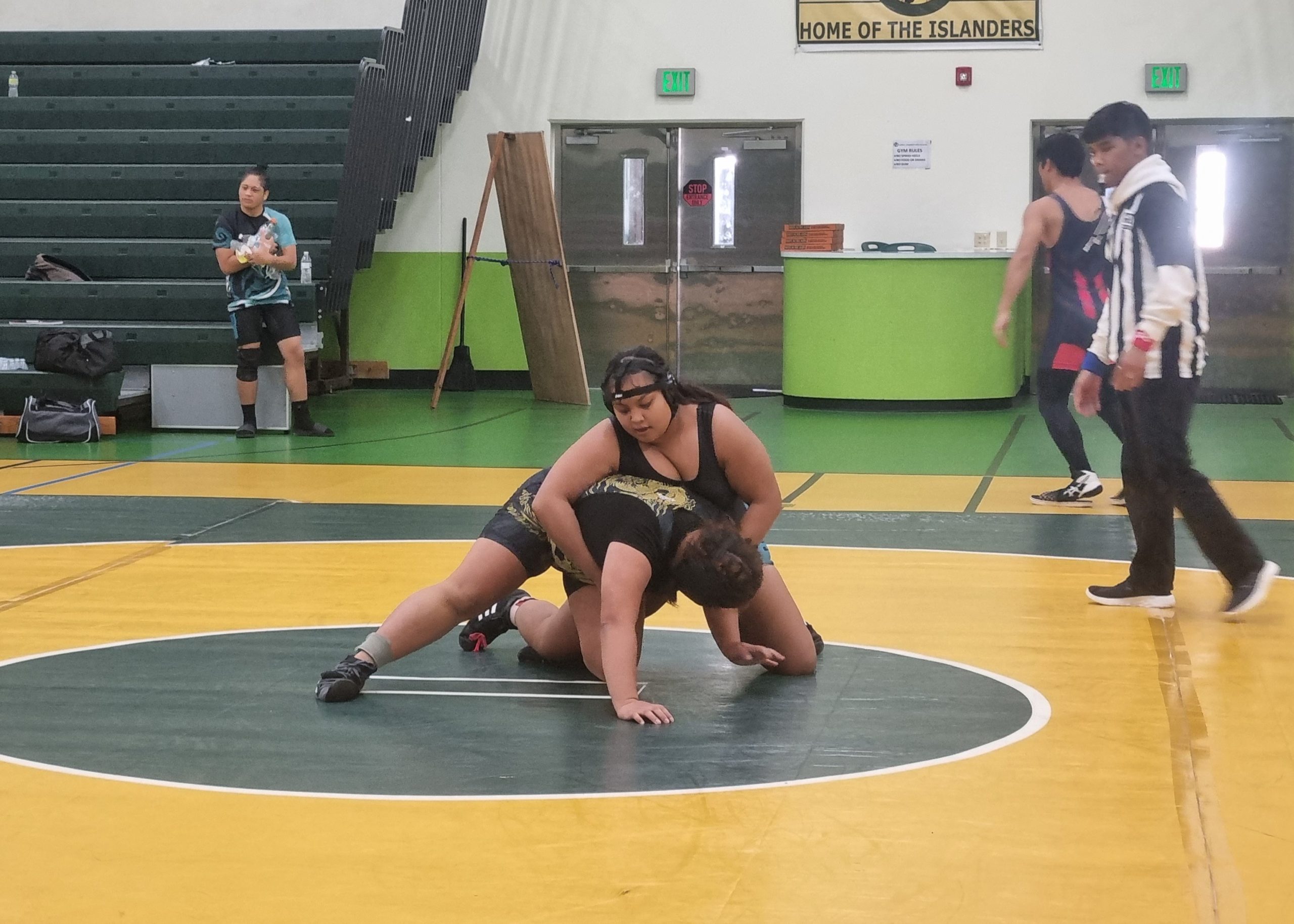 Four teams assembled at the JFK gym on Saturday for a dual meet in the ISA Wreslting League.

The big winner of the day was the Southern Dolphins, who notched up double wins in the boys league and the girls getting the job done against a small squad from GW.

In the boys division, Southern defeated the Okkodo Bulldogs 48-30 and the GW Geckos 36-31. Kadien Nauta led the way for the Dolphins with two wins via pinfall. Nauta came from behind to defeat GW’s Dylan Quitugua and later pinned Jarren Quichocho in the 220-lb. division.

“I’m feeling confident in our team this season. We have some pros and cons with this team but we are working hard in practice to improve,” said Nauta.

“Seeing my teammates give it their all and not giving up, inspires me.”

The female Dolphins team also got a victory, a 30-12 win over the Geckos. The Dolphins did not wrestle against the Bulldogs because they had no female representation.

JFK squeezes by GW
In the morning match, the JFK Islanders got a double victory with the boys and girls both recording victories over GW.

“Today was a really good meet – we improved from the previous competitions because we trained hard all week,” said Hobson.

In the boys division, the match up was closer with the Islanders getting the narrow 33-30 victory over the Geckos. In the featured matchup, Jack Aquiningoc from JFK came back to defeat GW’s Rayce Rios by points 14-10. Rios led 4-1 after the first round, but Aquiningoc rallied in the second and final round to win by points.

“I just wanted to come into today’s matchup and have fun. I came into previous matchups with a tough mindset and it made me stiff,” said Aquiningoc.

Aquiningoc celebrated a double victory day, getting a win via pinfall over Rayken Gilmete from Okkodo in their second match. “After losing last week, I worked hard in practice and really wanted to come out and get some wins”.

Okkodo boys go 1-1
Okkodo team co-captain Ian Kim got two first round victories via pinfall to help the Bulldogs beat the Islanders 36-30. Kim said his team is rapidly improving and he hopes to be contenders by next month’s All-Island Meet.

Kim improved to 4-0 for the season in the 182-lb. division and is looking to score big points for the Bulldogs in the All-Island. “Me and the other team captain, Francisco Lanada, are always pushing our teammates to be the best they can be,” said Kim.

“Many of our team members are in their first year of wrestling, including myself. We all just need to get better by learning better technique,” said Kim. “Wrestling is a very unique sport, we just need to get a couple matches in and we’ll get used to it by the time the All-Island Meet comes.”