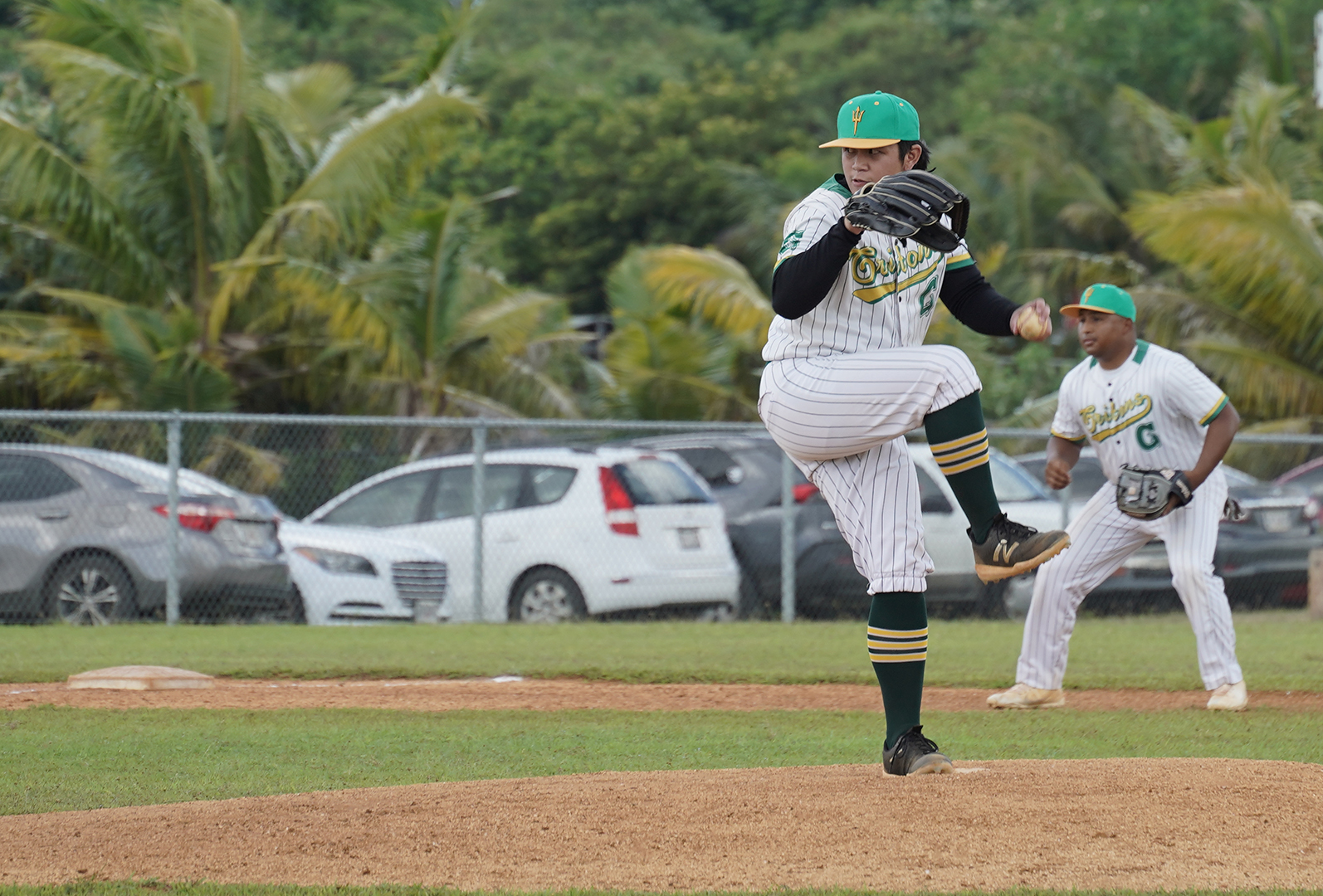 PRESS RELEASE – The University of Guam Baseball Team won the pitching duo on Sunday against the Amigos in the Guam Amateur Baseball League playoff game as Rico Miner of UOG took a no-hitter into the 7th inning on Sunday as the Tritons won the game 2-0.

The game was an off-speed left hander battle for both teams as Miner pitched against Andy Quintanilla of the Amigos and both pitchers are off-speed left-handed throwers. The Tritons were able to score single runs in the 2nd and 5th innings while Miner carried a no hitter into the 7th inning but gave up a one out infield hit and a single in the 7th inning but closed the door on Amigos with a strikeout and infield ground out.

The Tritons scored in the 2nd with an error, a single and two walks to push across the run. In the 5th , the Tritons scored again with a double by O’Neil Yobech who was driven in by an RBI single by Andrew Perez.

Miner was dominant on the mound, striking out 8 Amigos, allowing 2 hits with 2 walks. Quintanilla pitched well for the Amigos too, only allowing 4 Triton hits with 3 walks. He struck out 2 UOG players.

Yobech collected the only extra base hit in the game with a double, while Andrew Perez, Rico Seman and Kobe Martinez got singles for UOG. The Tritons will face the Cardinals next Sunday at 3 pm in the semi-finals of the winner’s bracket in the Amateur League playoffs. The Amigos move into the loser’s bracket of the tournament.