FITNESS DOES A BODY GOOD

Villagomez finds fitness as her refuge after depression 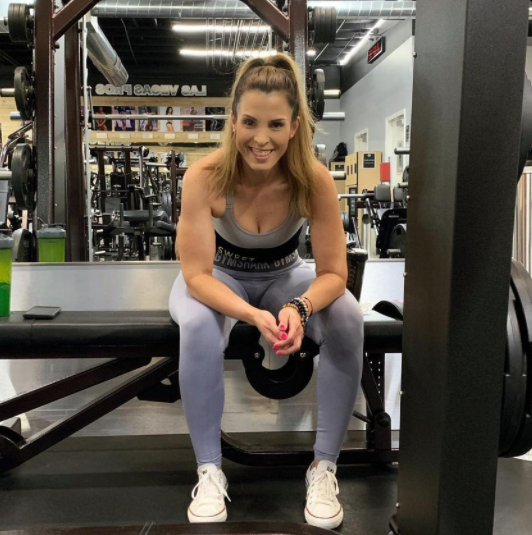 There are many reasons one takes to fitness for a healthier lifestyle. Depression is one of the leading reasons.

For former Guam resident Rosalia Villagomez, depression brought her to a crossroads after a 2007 divorce in which she chose the path of fitness. Fifteen years in the making, she’s seen her body transform at the peak of nearly 300 pounds during her pregnancy in 2005 to a solid, healthy 130 pounds today living in Las Vegas.

“I had my son in 2005. Unfortunately, life happens and I ended up in a divorce in 2007. That time I hit an all-time low and depression state, I was barely eating and needed something to occupy my mind.”

That’s when she took that leap into working out at Paradise Fitness, jogging beach side every morning, doing 5Ks and she’s never looked back. The gym was and still is her second home.

BIG KID ON THE BLOCK

Born and raised on Guam to a Saipanese father and Tennesseean mother, Villagomez grew up in Windward Hills and was always a ‘big kid’ and with that came bullying throughout her youth years because of her size.

“The story behind my fitness journey is that I had been a big kid since I can remember. As you can imagine it was a pretty rough time for me. In high school I weighed in at 230 pounds.”

After graduating from GW in 2000 and later enduring an unsuccessful marriage, Villagomez moved to Las Vegas almost a decade ago where three siblings reside. It is there where she still lives passionately through fitness.

Since settling in Vegas, Villagomez started looking into the sport of bodybuilding where she has begun her education and training process.

“In Vegas, if bodybuilding is your sport, this is the place to be. I am currently working out at my home gym Powerhouse Las Vegas, which is owned by Iris Kyle (10 x Ms Olympia) and Hide Yamagishi (1st Japanese bodybuilder to compete in Mr Olympia). Being surrounded by bodybuilders and being educated by them would give me hopes to one day compete.”

She has yet to set that initial competition goal, but her friends feel a 2023 target is within reach.

Despite being the ‘big kid’ growing up and enduring depression as an adult, Villagomez’s story is one of encouragement, inspiration and commitment.

“I want to inspire those who would like to get on board with their fitness journey and to never give up. It takes a lot of work mentally and physically, but if you want to make a change – not just for yourself but for your health benefits – you can do it.”

Villagomez is the granddaughter of former owner of Kings Restaurant Freddy Van Dox. She actually worked at the restaurant for her grandmother after graduating from GW.