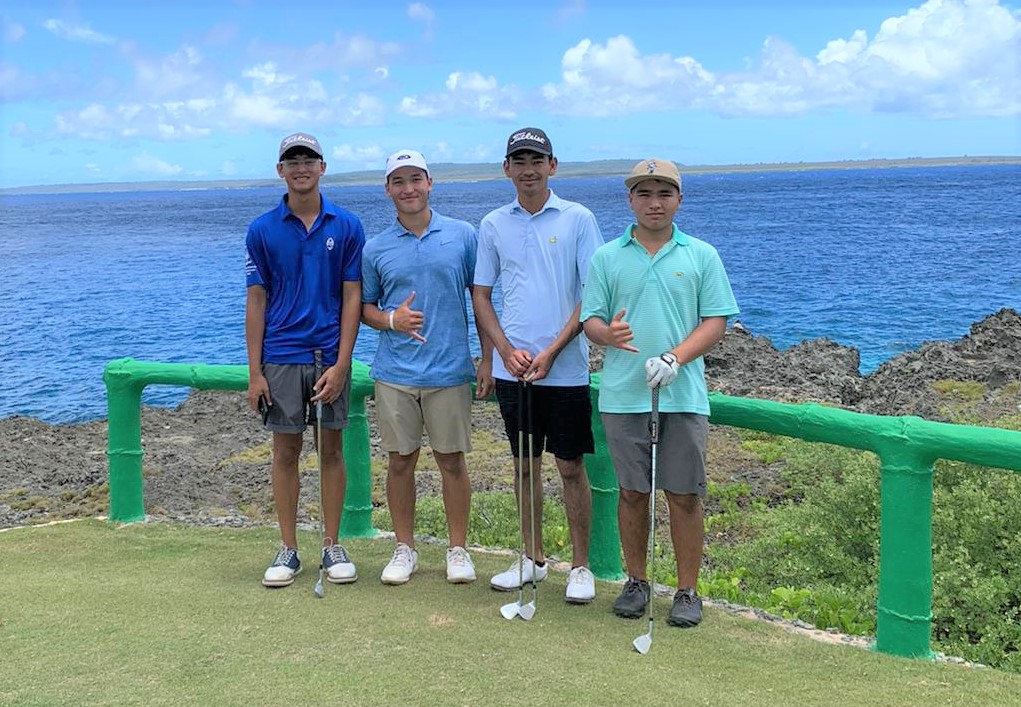 The Guam National Golf team will take on the best in the Pacific in a showdown at the Coral Ocean Resort golf course in Saipan. The competition will last four days which is from June 21-24 with team medals being awarded on June 24th.

There will be 11 participating countries in the sport of golf with 61 total men and women participating in the event. With Guam fielding a complete team in both men and women’s teams, the chances of getting on the podium look very good for Guam.

Thus far, most of the Guam contingent is sending teams with experience and youth. Golf is following that same path with tons of talent that have the capabilities of winning Gold.

In the mens team, veteran Louie Sunga had the opportunity to play at the Coral Ocean Point course last month. “The course seems to be in great shape, they say that the fairways and greens will only get firmer and harder heading into the games,” said Sunga.

“I see myself as a veteran who can guide and share my experiences with the team. I’m going to try and keep them grounded; stay focused and most of all, have fun,” said Sunga.

“I have not played the course in Saipan yet. I’ve actually never been to Saipan before,” said 2022 Guam National Amateur Champion Redge Camacho. “Even though I’m playing a course I’m not familiar with, having the team we have is what gives me a lot of confidence heading into the games”.

Sunga said the ladies team also has really good junior golfers and will be led by Rose Tarpley, another good veteran who can share her knowledge with the team. Tarpley will join the three young golfers in their quest to earn a medal, a goal they are certainly capable of achieving.

“I think our men and women’s team will do good. As long as everyone puts their head in the game and focuses on the prize – it will come,” said collegiate golfer Ivan Sablan.

Aside from veterans Tarpley and Sunga, this will be the first games for all other players. “It’s going to be a unique experience,” said Camacho. “I want to watch the other events if I have the chance.”

They will play four rounds starting Tuesday at 10 am with round four on Friday.