In the running after two rounds 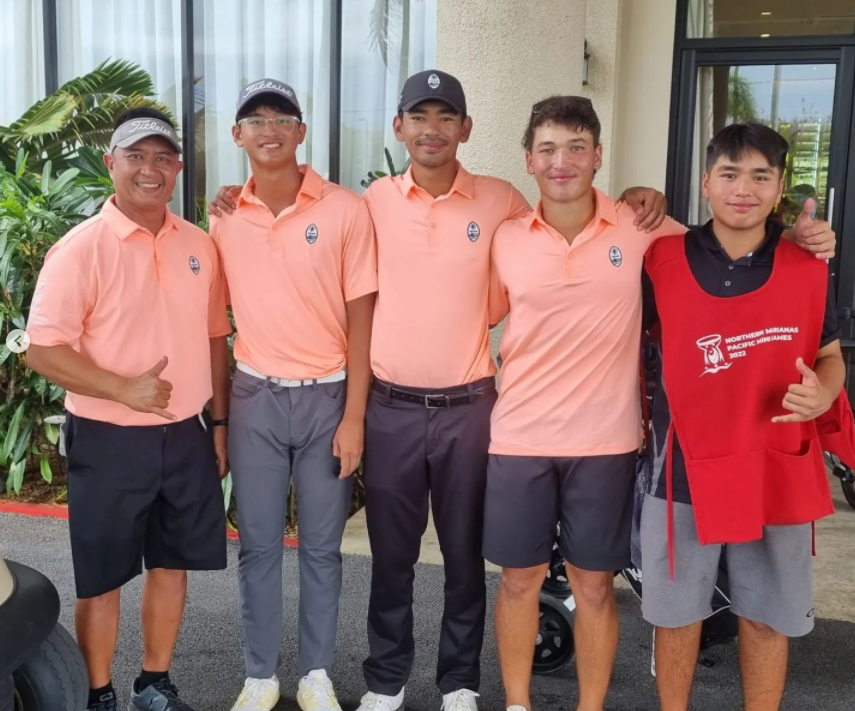 (Saipan) – Guam is on the verge of making history in both men’s and women’s golf at the Pacific Mini Games in the CNMI.

After two rounds, Guam unofficially has a one-stroke lead over New Calendonia.

“I didn’t do too good yesterday but picked it up today,” said Sunga. “The good thing about this format is they throw the lowest score out.”

Sunga said the team is in good position to have their highest finish in history and the next two rounds will be crucial. “It’s an advantage for us to have these Games in Saipan because it’s so close by as opposed to traveling far and dealing with different climate,” said Sunga.

“This format is different, it’s more of a team competition and I like it because we are not just individuals playing against each other,” said Nanpei. “I’ve been playing with all of my teammates for so long so it also helps that we are familiar with one another.”

The women’s team is still on the course and are currently in second in the team competition. Kayley Kang shot a 77 to lead the Guam team in the first round. Tyanna Jacot shot a 79 in the first round. New Caledonia had a four-stroke lead after one round.

Kang and Jacot flipped scores in round 2 with Jacot shooting the 77 and Kang the 79. This puts them three strokes behind the leader and tied for fourth place at a 156 total.

Rose Tarpley shot a 91 while Sarah Therrell shot a 90.

Kang’s 77 had her in a three-way tie for the top of the leaderboard. Jacot had a blistering 33 on the back nine to make up for a 46 on the front to put her two strokes back at 79.

Tarpley shot an 86 and Therrell a 97 in the opening round on Tuesday.

Camacho’s 70 put him in a tie for first with Samoa’s Lio Vui. Nanpei had an even par 72, Sablan right behind at 73 and the veteran Sunga at 77.