All-Island Meet on May 7 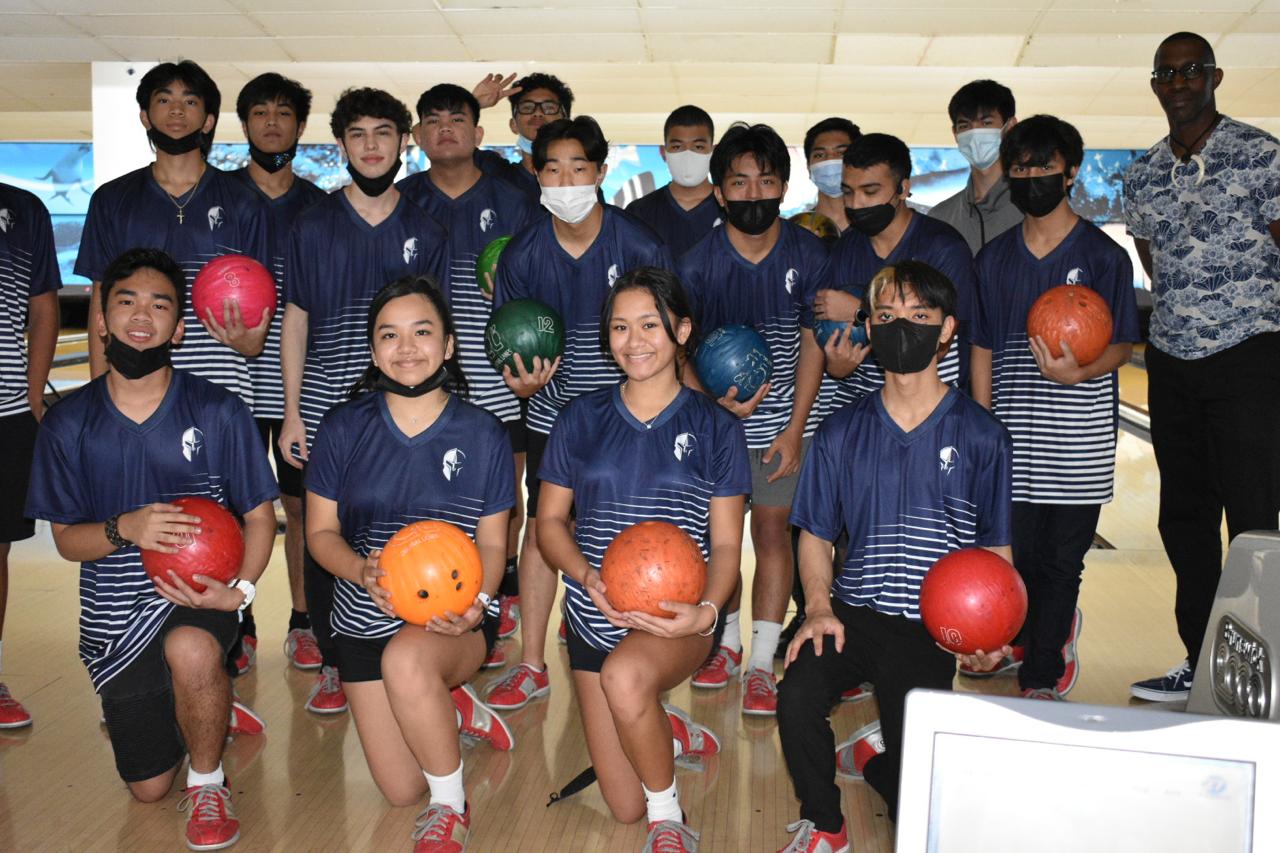 It was a battle for second place for the boy’s division in 2022 IIAAG Bowling League. With FD Friars improving to 3-0 after a bye week, the Harvest Eagles and St. Paul Warriors battled it out in a close matchup.

The Eagles won by the narrowest of margins with a 20-22 victory to improve to 2-1. Elijah Duenas, Miciah Benton and Parker Ashland finished 1-2-3 to lead the way for Harvest.

Harvest girls improve to 3-0
The Eagle girls remained undefeated after defeating Southern High via forfeit. Alexandra Loyola once again led Harvest with games of 135 and 143 for a 278 total. Southern’s Trinity Nalundasan remains the top ranked female after rolling games of 157 and 139 for a 296 total.

“I know I haven’t been playing my best lately, but i am confident i will do good during the all-island meet . If I keep practicing , I know I can do better than the games I have been bowling,” said Nalundasan. The All-Island Meet is scheduled for next Saturday (May 7).

Friars sitting alone on top
Newly crowned King of the Lanes Evan Duenas led the Friars with games of 201 and 167 for a 368 total. Evan Duenas was the top overall scorer in meet 3 followed by teammates Aron Hernandez and Ethan Robinson. Hernandez had a total of 345 and Robinson shot 333.

After three meets, the Friars have six players currently ranked in the top ten. Evan Duenas leads all players with a total of 1020 pins.

“It’s great to see all the teams improving with each meet. This league is good for the sport and it’s been a fun ride so far,” said Duenas.

Meet 4 will be on Monday night (May 2) with all female teams and the St. Paul Warriors boys (bye round) rolling off at 4:30 pm. The FD Friars will play against the Harvest Eagles at 6:30 pm. All meets are played at the Central Lanes Bowling Center.