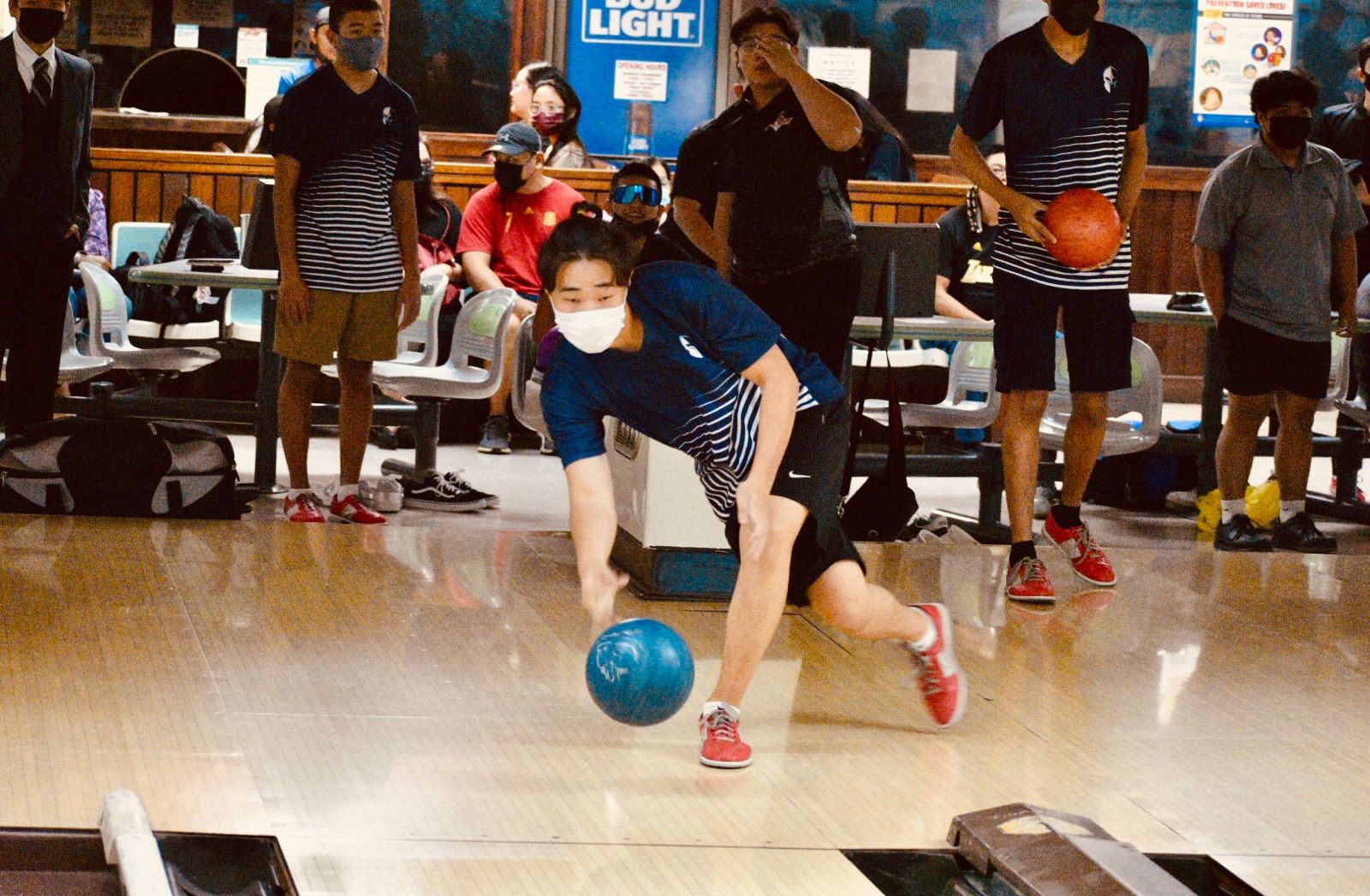 The inaugural IIAAG Bowling League has come to an end and the short season proved to be a success.

Two team champions were crowned, and two All-Island individual champions made history for a sport that has waited patiently to be included on the interscholastic sports calendar.

Fifty three eligible athletes took the lanes on Saturday afternoon at Central Lanes to compete over three games. In the end, the Father Duenas Friars earned the boy’s championship, and the Harvest Eagles were champions in the girl’s division.

Duenas averages 230 Evan Duenas, the regular season top seed, saved his best performance for the all-island tournament rolling games of 267, 211, and 212 to finish with a 690 series (230 average). Duenas, representing the Father Duenas Friars, had eight strikes in a row in the opening game of the tournament to establish an early lead and never looked back. Duenas advanced to the stepladder and won his finals match 211-180 versus teammate Aron Hernandez to win Guam’s first all-island boy’s title.

The Friars occupied six of the top 10 finishers with Hernandez (2nd), Ethan Robinson (3rd), Xavier Calvo (4th), Rian Brantley (7th), and Calvin Cabuhat (9th) taking home top 10 medals. The Friars celebrated a team championship at the end of the meet in a presentation at Central Lanes.

“I would not ask for anything better than bowling with this group of amazing and talented people,” said Evan Duenas. Evan Duenas, a Tiyan High junior, was welcomed as an affiliate to play with Friars.

He said he made new friends and enjoyed the after-school practices. “I’ve been bowling since a young age and bowling for a school has always been on my list. I’m honored to win both team and individual championships because that’s what I’ve been practicing and looking forward to winning”.

Southern High senior Trinity Nalundasan won the individual title after surviving an exciting finals match play against Loyola. Nalundasan, the lone player from Southern High, chopped the 6-10 spare and opened the door for Loyola in the final frame. Loyola was unable to capitalize on her fill frame and Nalundasan won the match 135-133.

“The feeling of winning the first IIAAG individual championship was a rush of emotions I could not even explain. I went from sadness to joy in a split second,” said Nalundasan. Nalundasan earned the top seed after rolling a 502 series.
Nalundasan consoled Loyola after the match and all the girls developed a bond as the season came to an end. “I didn’t think we would get close but during that last meet- we all just started to become closer,” said Nalundasan.

“It went from just saying ‘hi’ to one another to ‘I’m really going to miss you’ as we ended our season”. League success
80 percent of the league had players with little to no experience competing in the sport, or in fact, any other sport. After two months of training; league officials, parents, and friends witnessed progression and student-athletes accomplished their goals.

Bowling does not discriminate, athletes do not need to be big, fast, or strong – they just need to have that determination and mental toughness to make pressure shots.

The All-Island Tournament witnessed an athlete with high functioning autism finish in the top five, a freshman with no experience in the sport bowl his first 200 game and a pair of female players reaching their personal bests with every meet.

At the end of the All-Island, everyone was a winner! The Guam Bowling Congress and volunteer coaches made the league possible. Stay tuned for season 2!