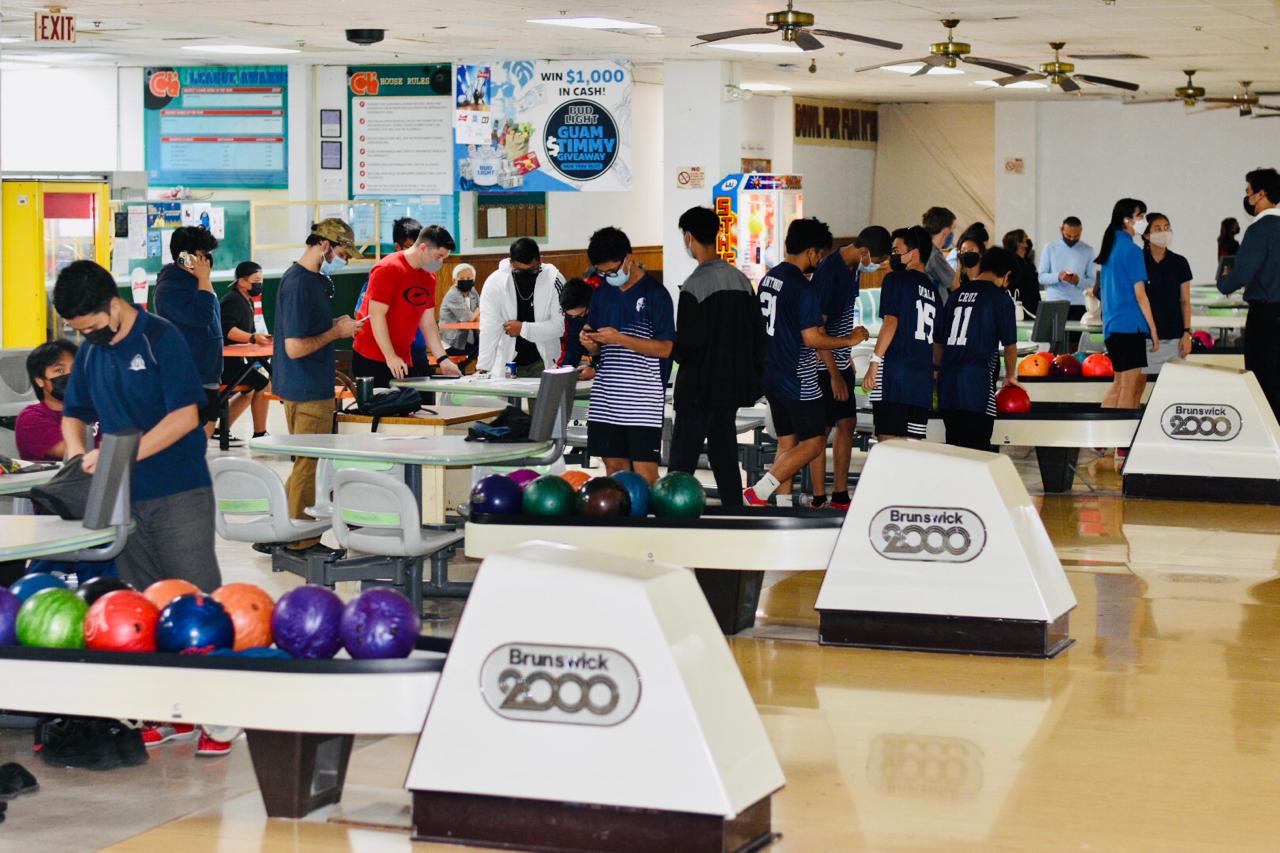 After a short spring break, the IIAAG bowling league resumed with week two. The bowlers spent their breaks practicing and improving their game and it showed in week two with an increase in scores.

After two weeks, two teams remained undefeated and are the frontrunners to win the inaugural IIAAG Championship. The Harvest Eagles girls team and the FD Friars now stand alone atop the standings at 2-0.

Loyola leads Harvest
Alexandra Loyola continued to lead the Eagles with yet another top finish with a series of of 269. Prior to the season, Loyola said she was just happy to play and excited to make memories and friends in the bowling community. The Eagle girls will face the much improved St Paul Warriors next week.

Hernandez scores 200
The FD Friars are stacked with talent and were led by Aaron Hernandez who posted the days top overall score with games of 164 and 200. The Friars defeated the St Paul Warriors 10-33. Evan Duenas (350), Rian Brantley (311) and Ethan Robinson (284) finished second, third and fourth, respectively to sweep the Warriors. The Warriors are now 1-1 and will face the Harvest Eagles next week.

St. Paul boys top scorer was Ricardo Duenas who posted his personal highest score of 161 which is impressive for a player who has been bowling for just one month. The Warriors’ Colin Perez also shot his personal best with games of 126 and 144 for a total of 370.

The Eagle Boys had a bye round and were led once again by Miciah Benton who shot a 321 with games of 143 and 178. Elijah Duenas (300) and Parker Ashland (284) rounded out the top three for the Eagles. The matchup between the Warriors (1-1) and Eagles (1-1) next week will be for second place; the Friars will move to 3-0 with a bye round.

Trinity Nalundasan, the lone player from Southern High, is the girls overall points leader with a four game total of 566. Nalundasan has a slim lead over Loyola with a score of 539. Despite not having a complete team, Nalundasan holds the highest two game series with a 319.

The St. Paul Warrior girls defeated Southern by forfeit and they improved to 1-1. Leah Peel shot her personal best game of 145 to lead the Warriors. Sway Santos made her debut after missing the first meet with a score of 125 and 119. In week one, the Warriors did not have a legal lineup. Next week a full lineup will put the Eagles to the test.

Week 3 will resume next Saturday at 2 pm at Central Lanes. A total of 52 bowlers are playing the league.