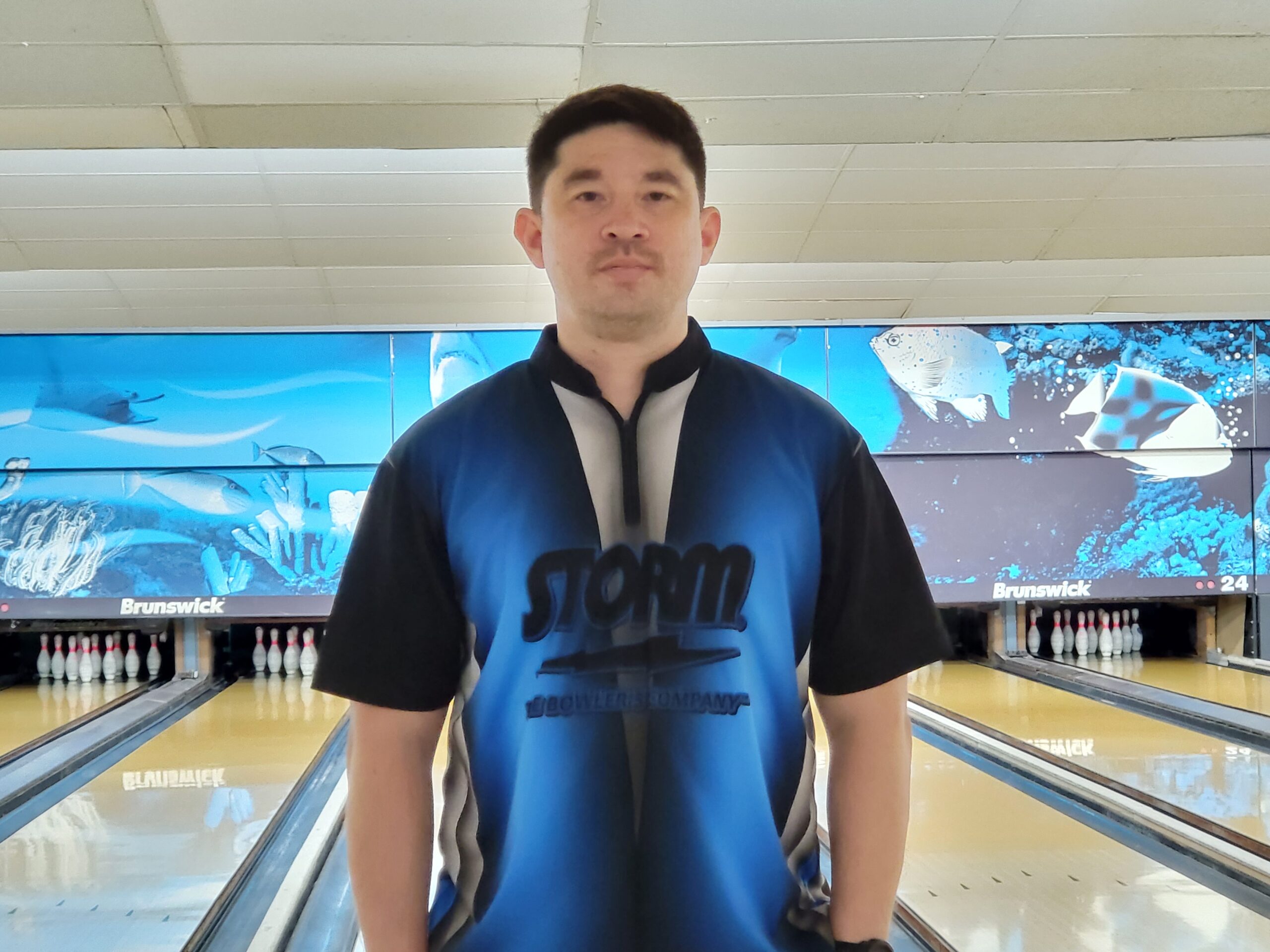 The inaugural event of the 2022 Budweiser King and Prince of the Lanes took place on Sunday, January 23, 2022, at the Central Lanes Bowling Center.  Erik Day opened the event on top of the leader board with a 225 game, which was short-lived as RJ Santos claimed pole position after two games.  Angelo Aquino’s back-to-back high game sets of 229 and 232 earned him top honors after three games but struggled on game four as Santos was able to finish as the top seed with an 854 series, 56 pins ahead of Aquino.

With the top two placers earning bye rounds, the rest of the top ten bowlers from the field duked it out for the right to face Santos and Aquino in the semi-final matches on the 42’ long oil pattern.  In Round one, 8th seed Jeremiah Camacho and 9th seed Ray San Nicolas toppled 4th seed Ricky Duenas and 3rd seed Erik Day in their respective matches as 5th seed Jay Leon Guerrero and 6th seed Frank Manibusan Jr. advanced against 10th seed Darien Borja and 7th seed Brian Manibusan.    Leon Guerrero pounded the pocket in Round 2 as he finished with a 244 game to oust National Youth Team member Manibusan Jr.  Camacho upended San Nicolas in the other quarter-final match to advance to the semi-finals.

In a hotly contested semi-final match, the lower seeded bowlers managed to beat the top seeds as Leon Guerrero edged first seed Santos 205-180 while Camacho used a six bagger to eliminate second seed Aquino and set up the final match.

The finale featured the veteran national team bowler against the power-packed national youth standout, Nino challenging godson, coach versus student.  Veteran Leon Guerrero established an early lead as he pounced on a missed spare by 18-year-old Camacho.  As the game progressed, the battle intensified, with Nino Jay countering every mark the godson produced, including carrying three Brooklyn strikes along the way.  With the final stanza on tap, the student put pressure on the coach with a turkey which was duly answered by the veteran, claiming the inaugural monthly title of 2022 with a 224 to 212 set.

In the Prince division, top seed Corey Granillo controlled the final match-up from the get-go stringing a turkey in the early frames and cruising to a sizable margin against 4th seed Sheila Bangs to claim his first title in the division.  In the semi-final matches, Granillo out-pinned 7th seed Josh Reyes while Bangs bowled past 2nd seed Arlene Reyes to set up the monthly finals.  Bangs qualified for the finale with wins over 8th seed Kaimana Bamba in round one and Robert Leones in the quarterfinals.

The next 2022 Budweiser King and Prince of the Lanes will be held on Sunday, February 13, at 1:30 p.m. at the Central Lanes Bowling Center.