JFK too much for Sanchez as it goes back-to-back 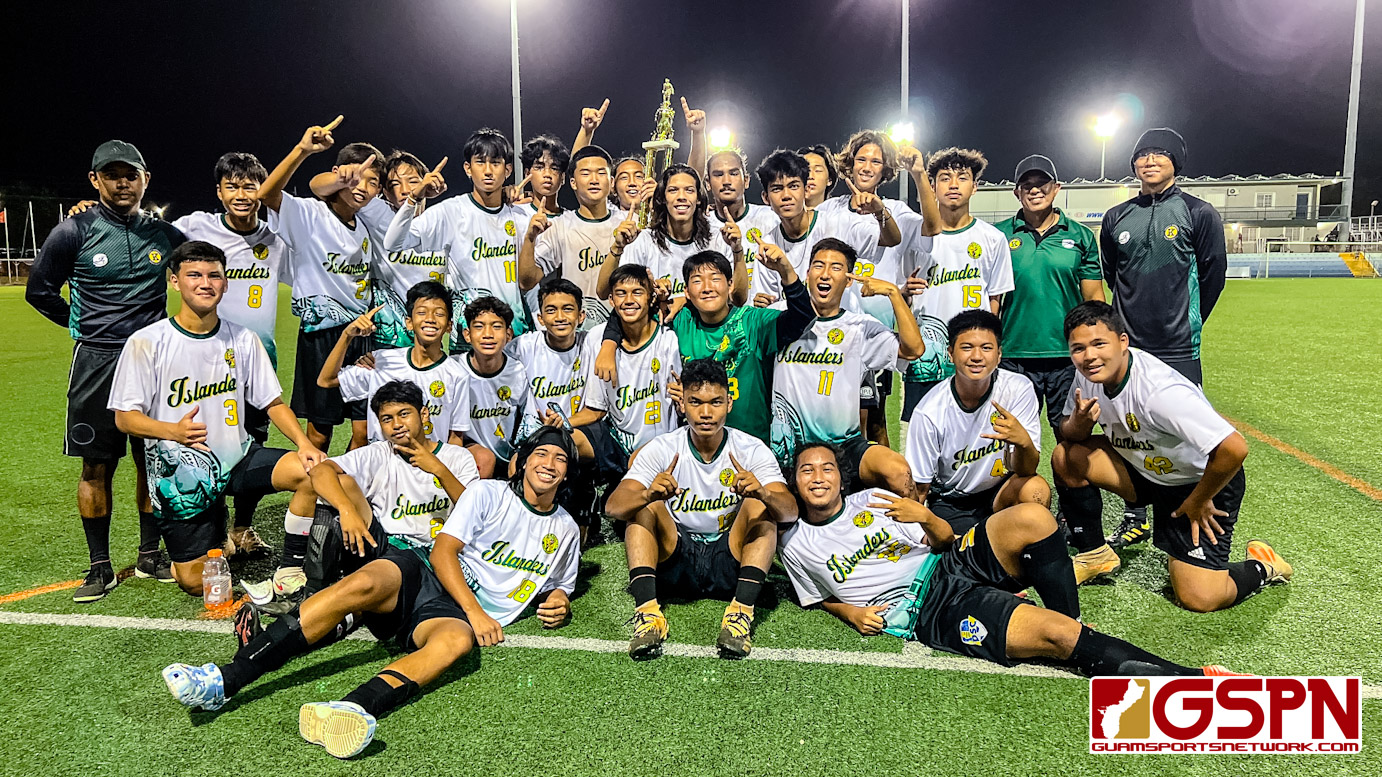 The JFK Islanders redeemed their only regular season loss to the Sanchez Sharks in dominating fashion Saturday night, repeating as ISA boys soccer champions 7-0 at the GFA Field.

JFK scored twice in the first 10 minutes and never looked back, avenging a 3-2 loss to the Sharks on February 23rd.

“Hats off to the Islanders, they were deserving winners,” Sharks head coach Brett Maluwelmeng said.

After an intense opening to the 2nd half, JFK scored a crucial third goal and knocked the steam out of any Sanchez comeback attempt.

There was a big unknown heading into the season for JFK after losing eight starters from the 2021 championship squad. But head coach Lad Manansala said it took some time and a loss to the Sharks to get the Islanders back on track.

“We were winning games in the beginning, but we were still disappointed with the way we were playing. It took a loss against Sanchez for them to wake up and play as a team.” – JFK head coach Lad Manansala

Manansala has definitely established a winning program at JFK. Coaching for the past 23 years, Coach Lad has led JFK to the title game the last nine years – winning five titles.

Despite the loss, coach Maluwelmeng is proud of his Sharks. “They held their heads up and were model sportsmen, and for that I am the most proud.”