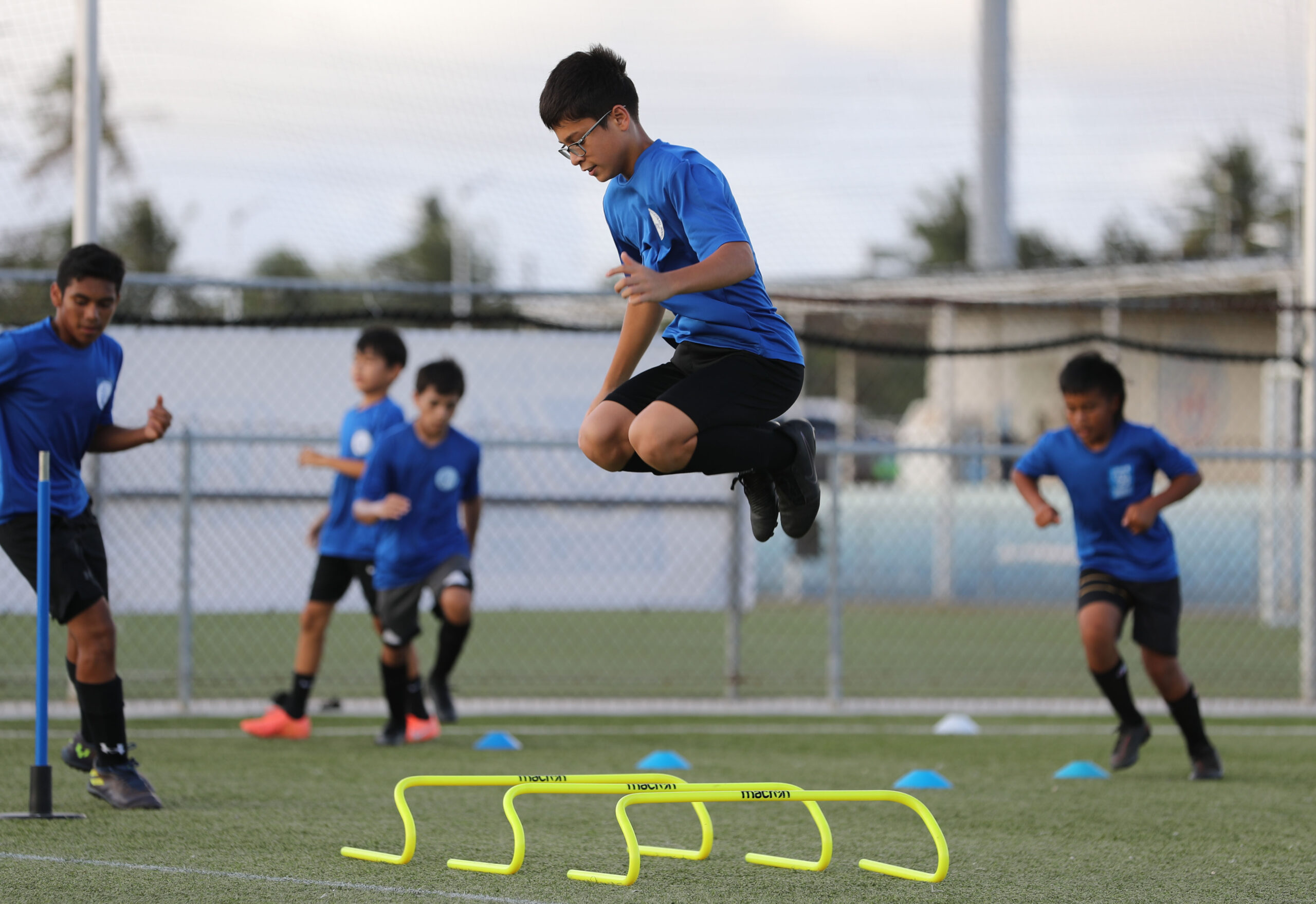 PRESS RELEASE – For many players on the Guam U14 Boys National Football Team roster, selection to the team is a major stepping-stone to opportunities at higher levels of the game.

“I want to continue playing and hope I will have the chance to make it (to the Matao, Guam Men’s National Team) or to play professionally,” said Landen Cruz, who had been part of Guam Football Association’s previous academy programs from the U10 level. “Being selected to the U14 National Team and training with the team is helping me a lot to improve as a player. So far, I think my passing skill overall has improved the most, and also my understanding of the game has improved.

“With the team now, I’ve been enjoying training with my friends and getting better as a player. The coaches really help us a lot,” added the 13-year-old student at the SIFA Learning Academy Charter School.

Following a three-day trial last month, Sang Hoon Kim, GFA Technical Director of the Men’s Program and Head Coach of the Matao, Guam Men’s National Team, as well as other national coaches, selected 23 players for the squad and six reserve players. The team trains three times per week at GFA under Kim and coaches Ralph Awa, Noah Bamba, and James Okuhama. “The success and development of the U14 group now is very important for future national teams and the Guam National Program,” Kim said. “We want to give the players as much experience as possible in an organized and professional environment at this early stage so they are better prepared for international tournaments once they reach the U17 level, all the way to the Matao.”

Many players had not trained or played for two years after the COVID19 pandemic disrupted leagues and other youth programs at the GFA National Training Center. A renewed emphasis on development for the younger age groups at the national level will aim to reduce the performance gap with regional counterparts.

“I think that after training for a month or more with the U14 National Team, I’ll be better than I was two years earlier (before the COVID19 pandemic),” said Enzio Walker, who has been playing the sport since he was five years old. “I think my overall form for skills like passing, juggling, and ball control are improving the most with training sessions. My favorite part about training is learning how to better work as a team – progressing in that, and individually, learning how to maneuver the ball in certain ways. So far, training sessions have really taught me a lot and it’s definitely fun because I get to do it with all my friends.

“(Overall) I’m really hoping that I can get much better at soccer, and the sport is something I can do professionally. I want to make it on a team to go to the (FIFA) World Cup or make it to a big league,” added the 12-year-old who plays youth club soccer for the Wings FC. Future plans for the team include a friendly match with its Northern Mariana Islands counterparts in the summer and other opportunities for training matches.