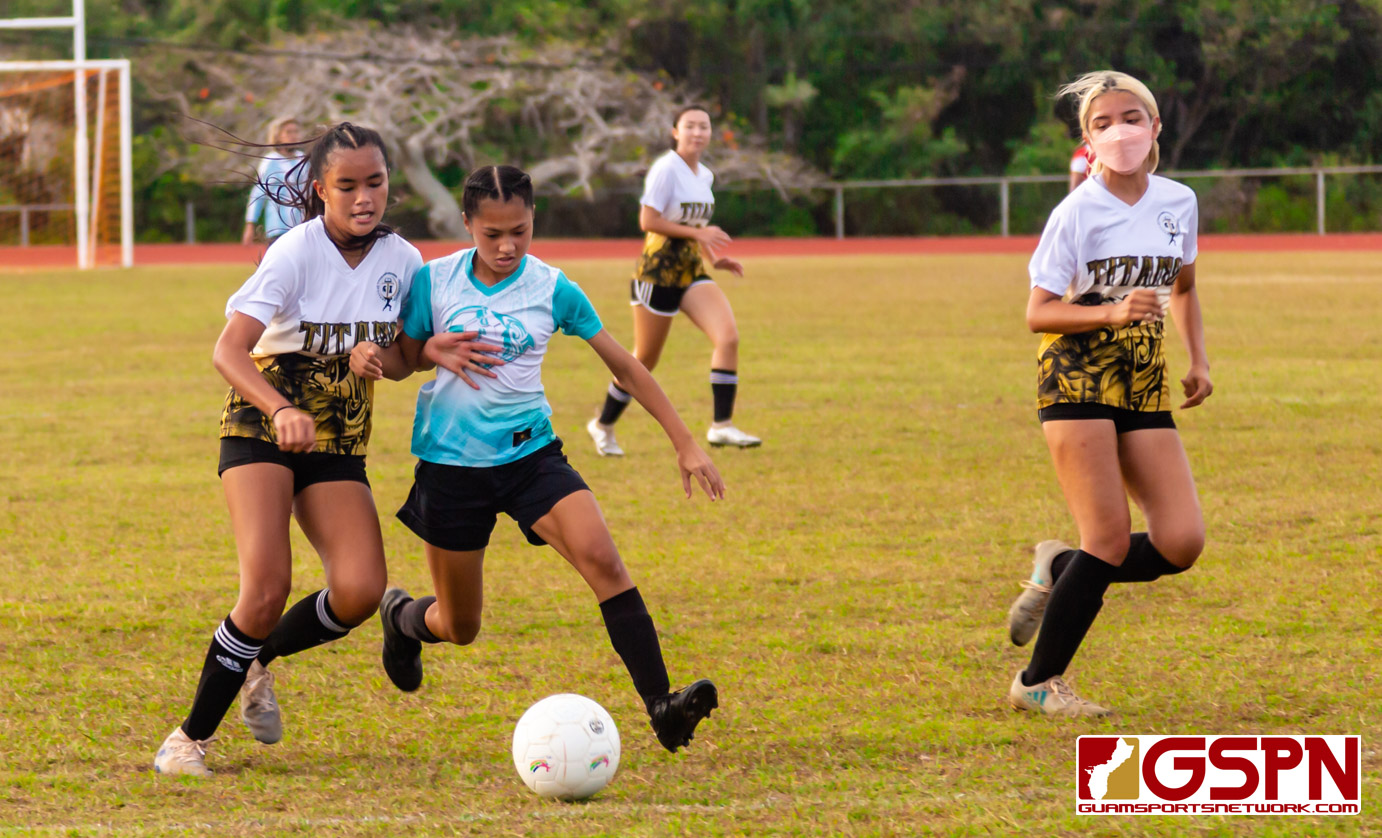 In the first game, the Southern Dolphins bounced back from an season-opening loss to the JFK Islanders, beating the Tiyan Titans 7-2.

Cindy Maestrecampo set the pace for Southern with two goals that garnered her Wendy’s Player of the Game honors.

Analea Meno also had two goals for the Tuninos. Crista Cruz, Kirstyn Chargualaf and Arianna Sampayan all contributed with a goal apiece.

The talented Dolphins lost to the Islanders 2-0 last week in the season opener in what may be the precursor to a championship rematch.

In the second game of the doubleheader, the GW Geckos shut out the Sanchez Sharks 3-0 in both team’s first game of the season.

Marley-Ana Quintanilla struck first for the Geckos with Danie Aguon and Christine Bansil rounding out the scoring. Makailah Taliman recorded the shutout at the goal.

Action continues Friday with another doubleheader at JFK Field: Okkodo vs. Sanchez at 4:30 pm followed by JFK vs. GW at 6:30 pm.