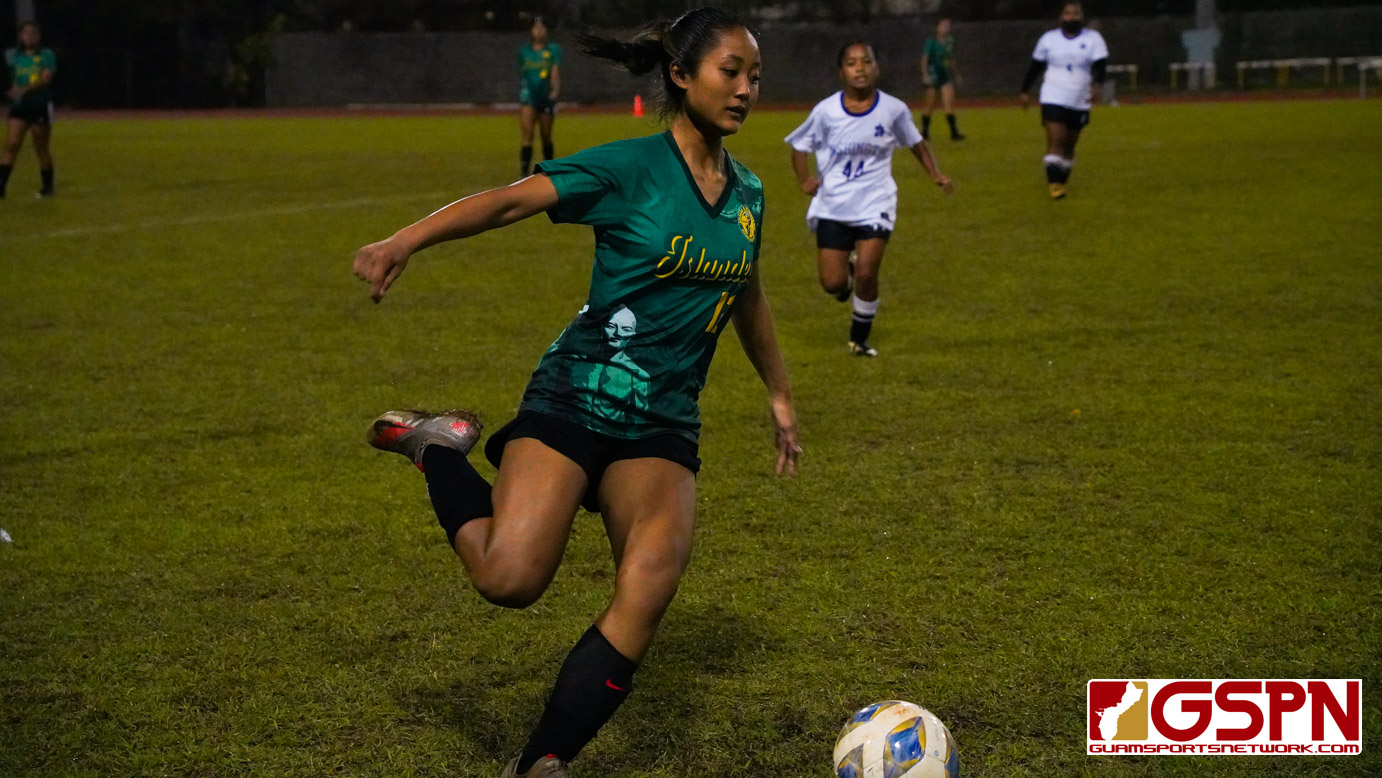 The JFK Islanders are rolling along atop the ISA Girls Soccer League, laying down a big 6-1 over the GW Geckos Wednesday night at JFK.

Han scored two goals in the first half, leading JFK to a 4-0 halftime lead. Kido and Jodie Halili contributed the other goals.

“As a team, we are improving every game. We just have to move the ball quicker and have better communication. We’re 5-0, but we still have work on our game,” JFK head coach Lad Manansala said.

In the opening game, the Southern Dolphins were on fire as they blanked the Tiyan Titans 9-0.