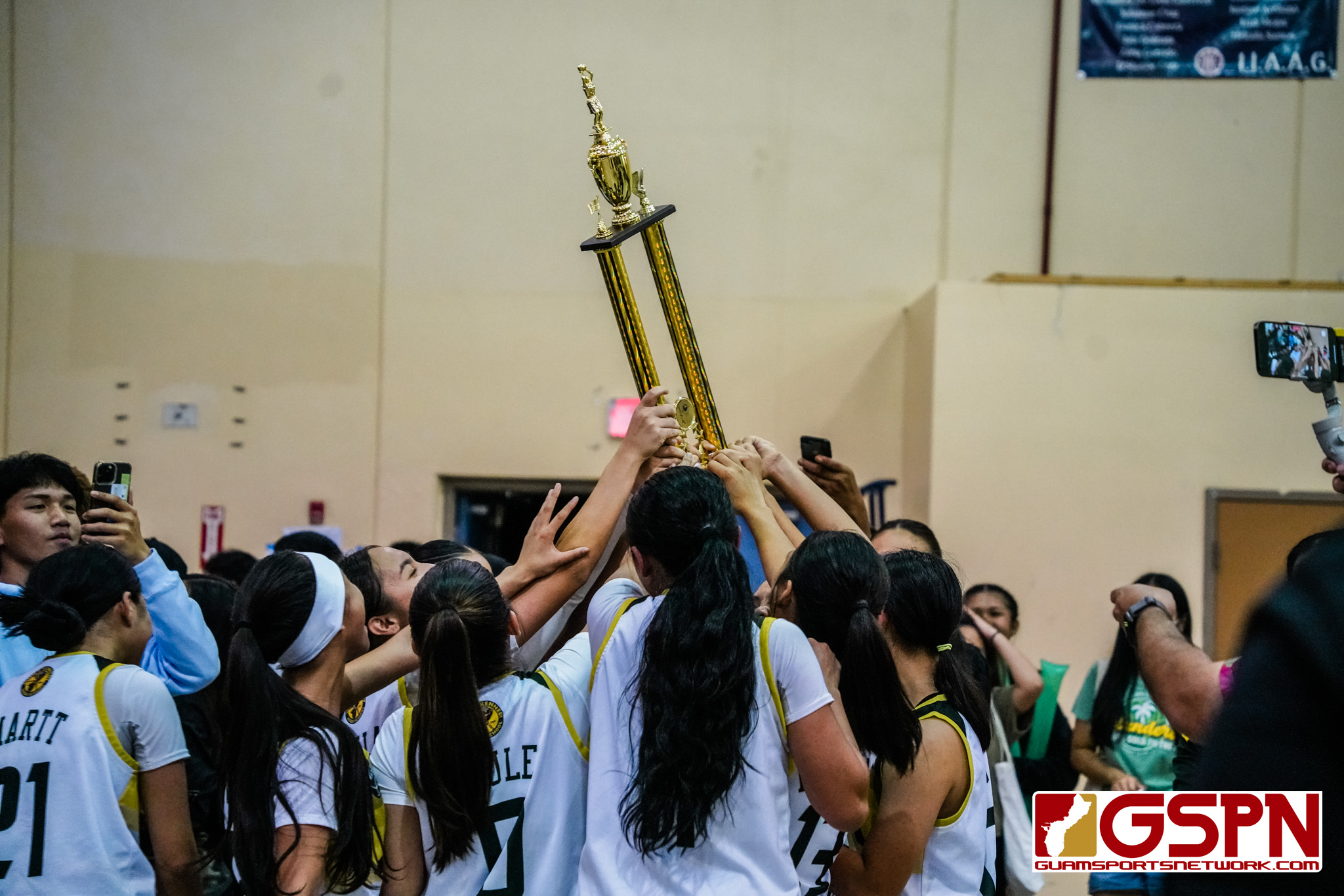 The Islanders needed a big fourth quarter from their seniors to hold off the upset-minded Sharks. Hannah Gogue, Jada Han and Laila Smartt were key players in the final quarter to help JFK pull away.

Han was particularly instrumental in the final period with 11 points and four steals to win the title in her final season. Han was in foul trouble and was forced to sit a chunk of minutes before exploding in the fourth.

“Coach (Merwin Martin) told me to reset and don’t let my emotions get the most of me,” said Han. “We were stagnant in the first three quarter so going into the fourth we stepped up both our offense and defense and we were able to pull away”.

The JFK contingent had nothing but respect for Sanchez, who lost both regular season games convincingly to the undefeated Islanders.

“They came in motivated. I knew we were in for a tough game,” said Martin. “Coach Arvin (Domingo) and coach Tim (Edillor) have a good program for both girls and boys. They came in prepared and ready,”

“Sanchez played a really great game. They surprised us by going man-defense; their defense was better than their previous games,” said Smartt.

The Islanders established a lead early just as the first two games transpired. But the ISA MVP Ronafe Ollet was determined and had a huge first half to keep the Sharks in striking distance by halftime.

Ollet hit a three-pointer at the halftime buzzer to cut the lead to 25-19 at the break. Ollet had nine points and two steals by halftime.

The Sharks stepped up their intensity in the third quarter and made key stops on defense to slowly bit into the deficit. Sanchez sharp shooter Zyla Soriano hit a momentum shifting three-pointer to cut the lead to 27-24.

Smartt scored for JFK to go up 29-24, stopping the Shark run momentarily. Ollet followed up by drawing a foul from behind the arc and converting all three free throws at the charity stripe to make it 29-27.

Celine Angeles, Kayna Kanemoto and Ollet score in the paint and Sanchez goes on a run to capture a 37-34 lead after three quarters. The Sharks out-scored the Islanders 18-9 in the third quarter.

Senior takeover
Han and Gogue score quickly to open up the fourth quarter as JFK surges ahead 38-37. Kanemoto counters with a bucket down low to regain the lead but it would be the last for Sanchez.

Smartt makes two free throws and Han goes coast-to-coast after swiping a steal to put the Islanders up for good.

Free throw shooting
The Islanders ice the game on the line with Han making free throws. The Islanders shot 75 percent from the charity stripe for the game.

Ollet had an MVP-type game with 17 points, five assists and three steals. Kanemoto had 10 points and eight rebounds for Sanchez.

Smartt had 13 points and eight rebounds and also went 6-6 from the free throw line for the Islanders. “We want to cap off the season by winning that championship game,” said Smartt.

“It’s my last year so I had to play my heart out, especially on defense. I thank my family (brother Lance and Dad Joey) for teaching me the game since my middle school years. They definitely helped with my game IQ and mentality. With them and my coaches, I wouldn’t be where I am today.”

The Bulldogs won the third place consolation game 43-41 over the Southern Dolphins. Vaysia Blas had 11 points to lead the Bulldogs; Keniann Susuico had a game high 20 points for the Dolphins.

The Islanders will travel to Korea next month along with the Sharks and Bulldogs to play the Far East tournament.