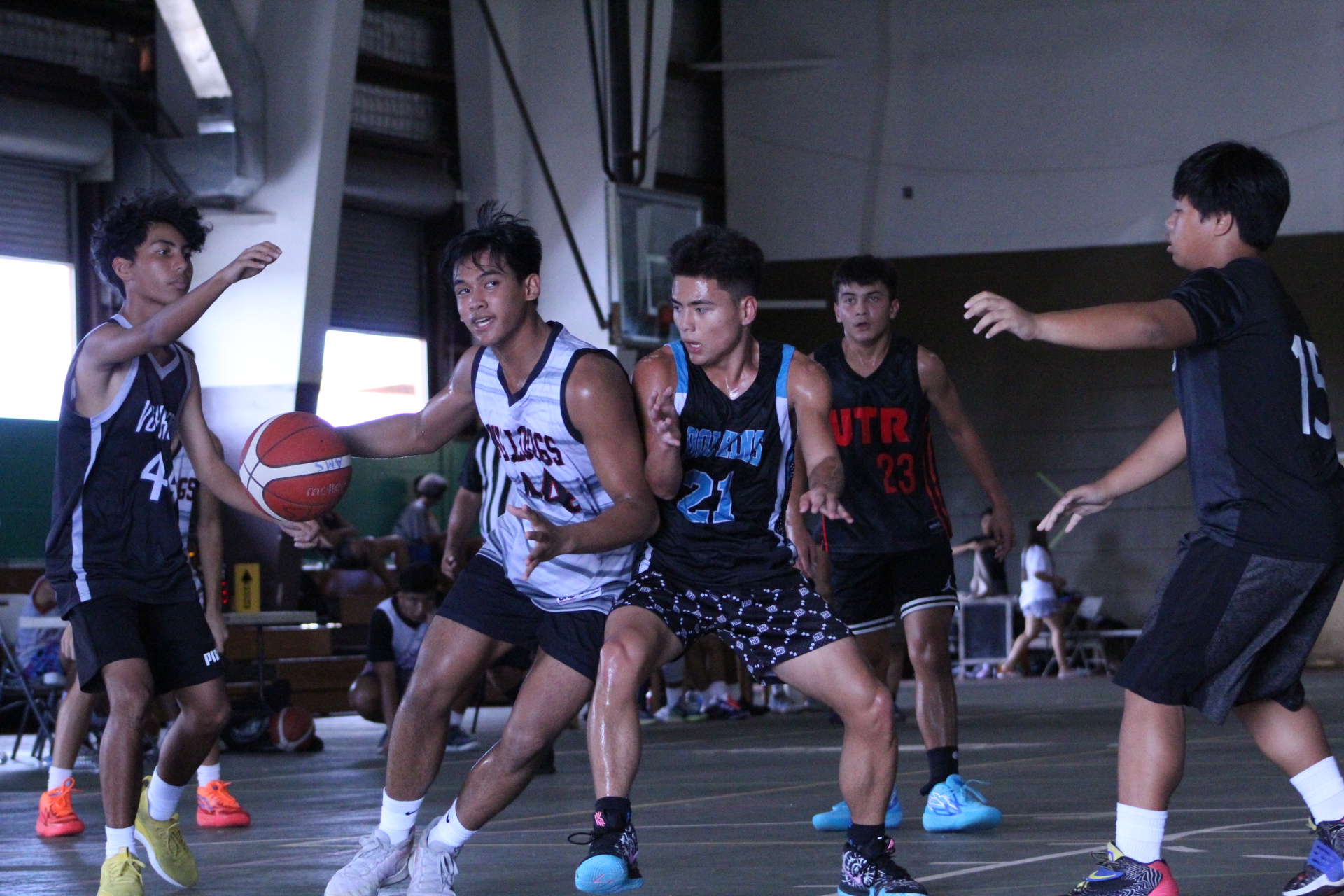 “We were surprised by the number of teams participating. We have 43 teams competing across different age divisions for both boys and girls,” said Mad.

In the U18 boys division, the Raiders Club went against the Okkodo Blue team. The Raiders were able to defeat the Bulldogs Blue 45-23. The Raiders are composed of core players from St. Anthony School and the Bulldogs are Okkodo’s JV team.

Mike Bork scored 13 points, Jarret Ko chipped in 12 points for the Raiders. “We’re happy to be on the floor together. We are going to use this tournament to gain more experience and compete against bigger teams,” said Ko.

Ko started the game at point guard for the Raiders and helped establish a 25-10 lead by halftime with four assists.

The Bulldogs Blue team worked their way back into the game after halftime with head coach Shawn Bulala making adjustments.

JP Baluyot and Juan Gonzales from Okkodo Blue utilized the full court press to get points via transition fast breaks. The lead was down to single digits but the Raiders answered with their own pressure defense with Bork and Omar Henser recording steals.

Raiders power forward Tristan Hahn also made big plays with blocks and scoring in the paint to push the lead back to 15 points in the second half.

Hahn finished with nine points, 11 rebounds and three blocks for the Raiders.

“We played a good game but we still need to work on better passing and defense,” said Ko. “Our season (IIAAG Middle School Boys Basketball League) starts in the fourth quarter. Joining these leagues will help us get better.”

In the final game of the day, the Okkodo Red (Okkodo’s Varsity) team defeated the Tuninos (Southern) 48-30. The bigger Okkodo Red team used their size to score off second chance points. RJ Gamboa led the Bulldogs Red with 17 points. Michael Sanchez had a game-high 19 points for the Tuninos.

In earlier games, Team OG defeated the Royals 61-48 in the U18 boys division. DJ Osbourne led OG with 15 points; Rayne Cornelius had a game-high 24 points for the Royals.

All teams will take a break on Christmas.  Games resume on December 26th at the National Training Center in Tiyan.