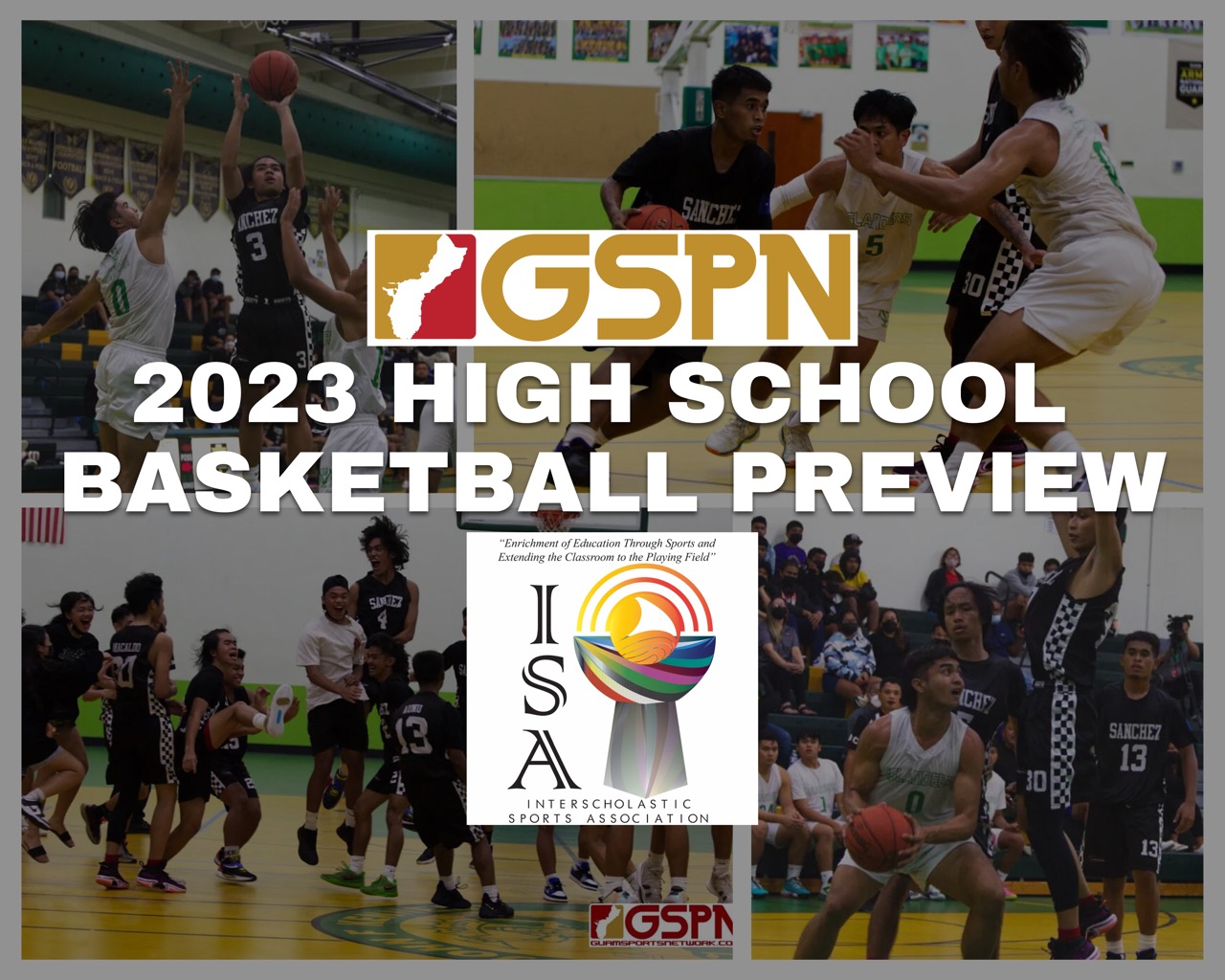 The ISA Boys Basketball season will kick of next week Monday with six teams vying for the GDOE school’s title. Last season, the Sanchez Sharks upset the JFK Islanders 43-41 in a thriller led by MVP Jerfick Aunu.

The season starts on January 23rd and many questions will be answered come playoff time in March. There is no clear cut favorite this year so the team that can build chemistry and improve by March will find themselves playing for the ‘ship.

The Geckos are looking to improve from a third place finish from last season. Coach Lawrence Luces has a talented squad capable of going to the championship game. High flying DJ Osborne will be a key player on offense this season.  Osborne’s participation in Cross Country is a great indication he is in shape and ready for heavy minutes for the Geckos.

The Geckos are without a home court (gym still under repair) with a majority of their games to be played at FD. Despite the lack of home court advantage, the Geckos are capable of making a run at the championship in the GDOE ISA league.

Rey Serafico returns as head coach for the Islander varsity team and will look to restore glory to the program. Gone are the days of Billy Belger and Chris Conner but Serafico looks to build off a young team.

“We don’t have the experience and the size like we had last year,” said Serafico. “We are a young team trying to learn how to win and learning how to play together. Chemistry is still a work in progress,” said Serafico.

The Bulldogs will play against Tiyan Monday at Tiyan in the ISA season opener. According to Mad, Okkodo is pretty quick and utilizes their speed to get open shots. The young team last season now has experience on the Varsity squad with three key returnees.

The preseason games provided some much needed simulation games for Mad’s squad. “We need to work on becoming a better defensive unit,” said Madd.

Defending the ISA Championship will be a tough task, but the Sharks will be ready. Last season’s MVP, Jerfick Aunu, is gone via graduation along with Mark Becbec and Moises Manalo. Despite the loss of three key players, the Sharks still have experience.

The Sharks will be riding championship experience with power forward/center Ralph Macaldo and an army of quick guards. After the preseason tournament, the Sharks needed to work on addressing some issues to get ready for the season. “Our transition to defense is what stood out to me. Luckily, the preseason allows us to see the holes in our game and work on filling them,” said Domingo.

Domingo said the Sharks inside presence is probably their strong point, along with experience. “We just need to bring that energy and effort on a consistent basis.”

Coach Dean Castro looks to lead the Tuninos to a winning record this season. The Southside team will look to puts some wins on the board with players looking to earn points in the paint and transition.

We get the first look at the Dolphins on Monday as they take on the JFK Islanders in the home opener. This is a big game for the Dolphins as they seek to improve from a sixth place finish from last season.

The Titans lost a bulk of their roster to graduation from last season. Coach Jason Aquino, the youngest coach in the league, looks to guide the Titans to a better finish than fourth from last year.

Aquino said he wants his team to “get better, compete, play hard, and learn every day”. Aquino’s expectations and goals for the season: “Play for each other. Be respectful young men both on and off the court. Have fun. Win.”

The Titans open their season at home versus the Okkodo Bulldogs on Monday.