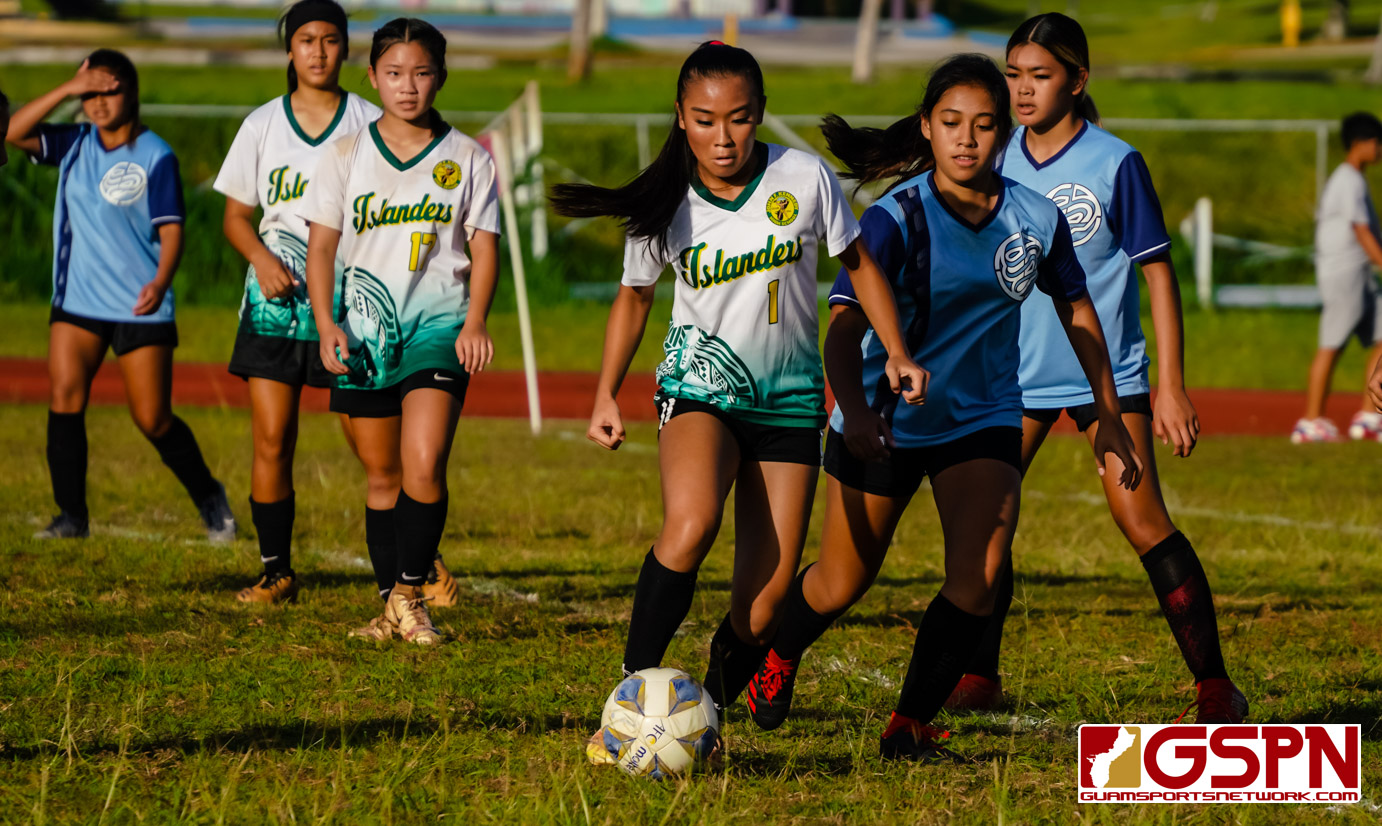 The unbeaten JFK Islanders clinched the top seed of the ISA Girls Soccer League heading into the playoffs in a couple of weeks, but not without a fight from the feisty Southern Dolphins 2-0 Monday evening at the GW Field.

JFK came out aggressive from the get go with junior star Jada Han controlling the middle of the field.

The Islanders got on board first when Kayla Rivera chipped in a top shelf shot from the left side near the halfway mark of the first half. Han knocked in her 11th goal of the season in only four games when she easily nailed a clear shot off a fast break.

JFK totally controlled the first half and outshot Southern 15-5.

“We started the game playing too fair and way too nice,” Southern coach Stephen Meno said. “Our girls were dropping like flies with each play from a very physical JFK team.”

The second half was a different story. The younger, smaller Dolphins brought the fight to the game and controlled most of the time.

“I warned my team about Southern coming out strong 2nd half being down 0-2,” JFK head coach Lad Manansala said. “They always go hard and never give up no matter what the score is.”

Though Southern controlled the ball majority of the time, both teams were dead even with eight shots on goal.

Dolphins freshman sensation Cindy Maestrecampo had two good looks from the right side, but JFK goal keeper Emma Iriarte was always right on the spot for the stop.

“We secured the top spot,” Manansala added. “We knew they can score goals and it was gonna be a tough game.”

After shutting out their last four opponents by a combined 25-0, the Dolphins are still in good spirits despite dropping to 5-3.

“We know we are a young team and with every game and opportunity we learn more about ourselves and our true potential. For the love of the game!,” Meno said.

In the second game of the night, the GW Geckos tied the Tiyan Titans 1-1 on Senior Night.