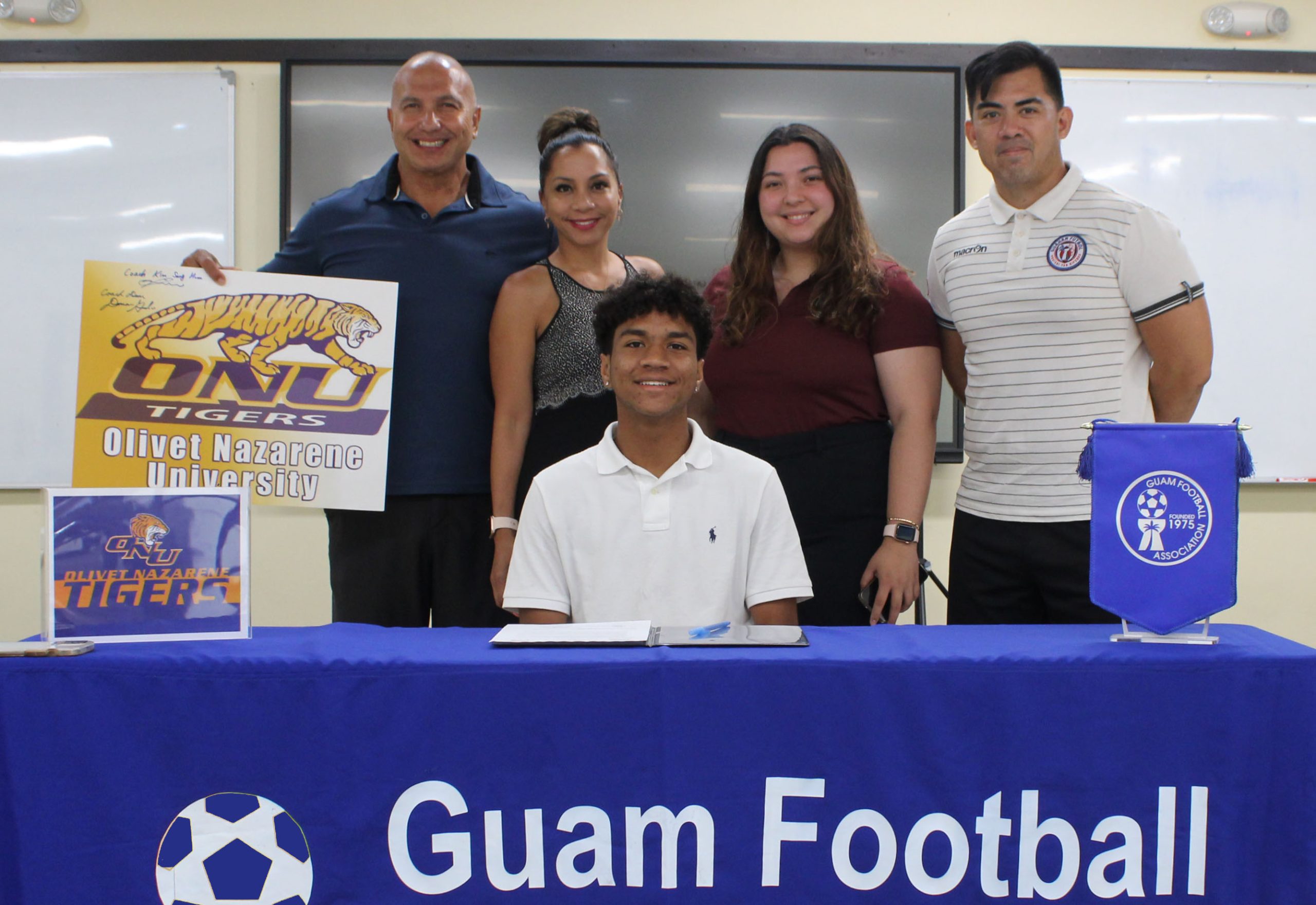 “Playing intercollegiate soccer is a dream come true for me,” Norton said. “I decided on Olivet Nazarene University because of their recruiting, location, and hospitality. As an ‘international’ player, getting recruited in the first place is much harder than a player in the U.S. They’ve showed me that they don’t care whether you’re from Guam, Europe, Asia, etc. – my family and I appreciated that. Along with the opportunity to play soccer there, it was an easy choice.

The Olivet Nazarene University Tigers play in the Chicagoland Collegiate Athletic Conference of the NAIA and finished at the top of the men’s soccer leaderboard for the conference in 2021 with a 10-2-1 record, according to the CCAC Web site. The conference’s No. 1-ranked team also secured the CCAC Men’s Soccer Tournament championship last season. The team’s 2021 30-man roster included 17 international players from Germany, Switzerland, the Netherlands, Austria, Japan, and Uganda, among others. Norton was offered a spot on the 2022 roster, as well as a partial athletic scholarship.

“From coaching Nainoa in the (United Airlines GFA) National Academy to the Youth National Teams, I think it is important for players and coaches to note that Nainoa’s success was and continues to be an evolving process,” said Dominic Gadia, Guam U20 Men’s National Team Head Coach. “If you keep showing up, keep training, keep listening, keep surrounding yourself with the right people, keep putting yourself in the best possible environment, you can play at the highest level you aspire to.”

At 10 years old, Norton was selected for the 2014 GFA Project Elite roster, working his way through the GFA National Academy and eventually matriculating into Guam’s Youth National Teams. At the continental level, Norton played in the AFC U16 Championship Qualifiers in Singapore in 2019 and two years later, was called up to the Matao, Guam Men’s National Team, for the AFC Asian Cup Qualification Playoff Round in Bahrain.

In domestic competition, Norton has played for the 76/Circle K Dededo Soccer Club, ASC Trust Islanders FC, and the Wings FC at the youth level.

“Nainoa is a great box-to-box midfielder playing in an era where most attention is placed on luxury No. 10s,” Gadia said. “Those standout attacking midfielders can only do so with role players doing the often overlooked ‘dirty work.’ Positional understanding and the ability to execute a coach’s instructions is what the top college coaches look for. This type of discipline and ability is what we look for at the international level and I know for a fact this is what coaches at the collegiate level want as well.”

The ONU Tigers return to play Aug. 18 at the Snowbarger Athletic Complex in Bourbonnais, Illinois, with a match against the Huntington University Foresters from Indiana.

Before heading out to Illinois, Norton will be joining a Guam U20 National Team training camp with 20 other players later this month in the Philippines as a tune-up for the AFC U20 Asian Cup Uzbekistan 2023™ Qualifiers. In September’s qualification round of the continental tournament, Guam’s team will be flying to Vientiane, Laos to compete against Japan, Yemen, Palestine, and Laos.

Norton is the son of Kalani and Catherine Norton and has one sister, Kaitlyn. He plans to major in Health Science.