Metgot Packers are a perfect 6-0, ready for Angels 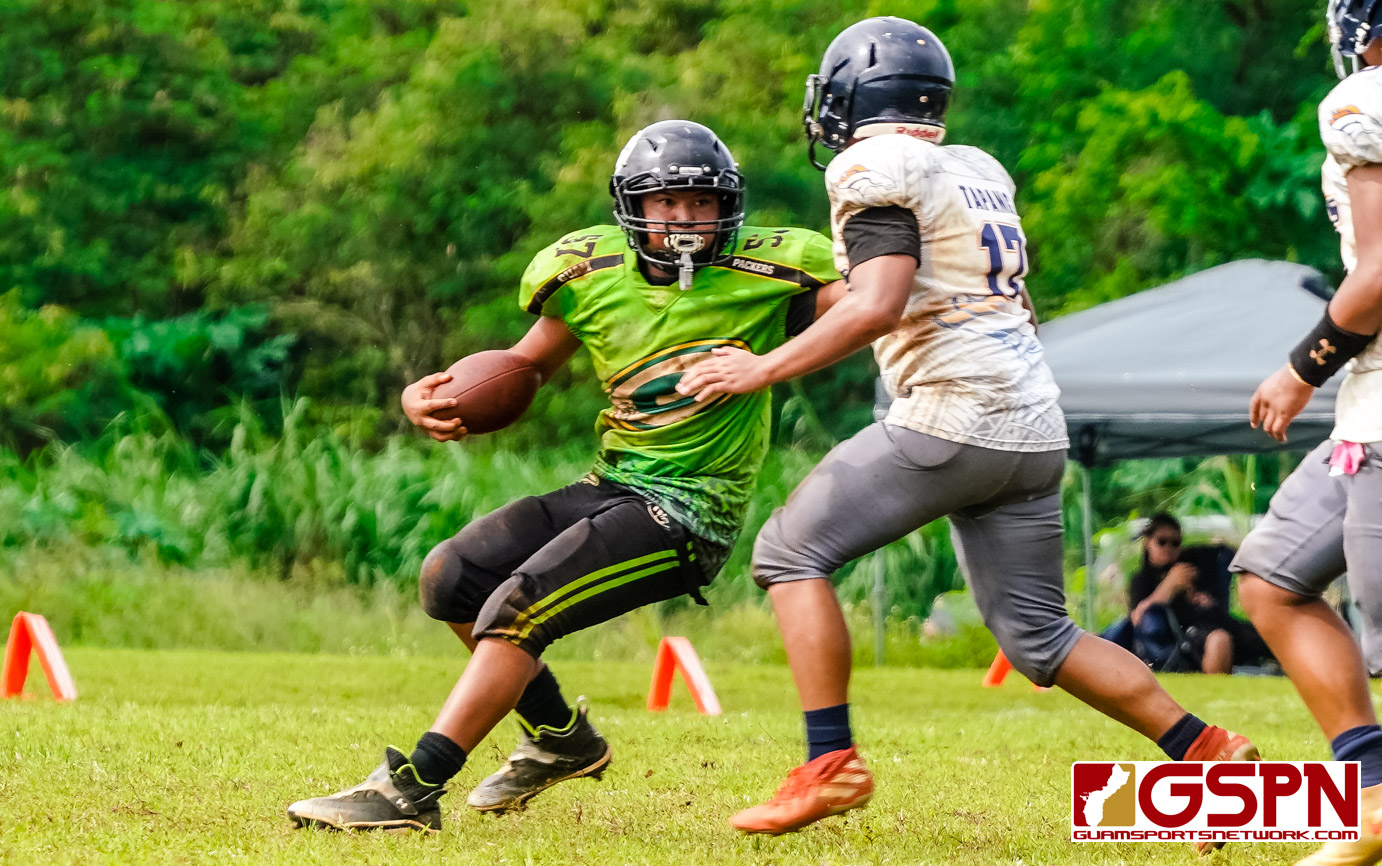 After the scheduled rest week in the 2022 Triple J Ford GNYFF League, the season was back in full action.

This Sunday at Tiyan Field featured a sunny showdown of two teams in the Matua Division that were neighbors in the standings, the Broncos (3-2) and Packers (4-1). However, such a challenge makes for classic family football that Guam has come to love.

Despite being in the midst of the rainy season, the environment was hot with children running around playing football and families set up in tents on the outskirts of the field. Loud music can be heard to further intensify the warmup session of both teams. Packers coach Andrew Apatang described the environment as ‘nostalgic’, saying “Reminiscing and being out here brings out a moment of nostalgia, I’m glad that we get to be back out here.” And the parents and kids couldn’t agree more, with youth football packing a high intensity on and off the field.

The first half started with the Packers on kickoff, with the Broncos on offense. Little by little the Broncos started to breach the defense, gaining an average of five yards per play and moving the chains. A notable player was Broncos running back Drake Garcia. He helped gain most of the yards for the Broncos that almost landed them a touchdown right out the gate. However, The Packers defense proved to be tough, denying a running play into the end zone to force the turnover on downs.

Immediately after the switch on offense, Packers running back Junior Brub jolted off with a 15-yard dash to get the Packers beyond the 50-yard line. Brub eventually scored the first touchdown of the game, making the Packers gain an early lead. With the PAT kick good, the Packers were up 8-0 by the half.

The start of the second half had the Packers offense regain any lost energy during the break, since they opened up with a 30-yard return. In good position, they pushed even further with a well-placed running play with Jachris Reyes running for 10 yards. Again, Brub pushed the Packers into the goal with a 5-yard score. To conclude this great offensive possession, Deon Apatang scored a touchdown to once again further the Packers lead.

The 4th quarter ended with the same pattern as the rest of the previous quarters, great running and passing plays that overtook many yards the defense left open. The Packers landed another touchdown, with an unsuccessful PAT. The game ended with the score being 20-0.

The Wendy’s Player of the game was Packers running back Junior Brub. Brub is insanely fast and also plays the defensive position of middle linebacker. “This victory means that we were able to strive and overtake other teams”, said Brub. The standings showed that these two teams were neck-to-neck in terms of standings. Brub added, “We needed to get past them, since they were at our level.”

The Metgot game was similar to the Matua game. The Packers lead their team into an outstanding victory over the Broncos to remain unbeaten and in first place. Overall, each play they set helped the team gain yards and tear down the defense thanks to the offensive line’s ability to block. However, the Broncos were able to put themselves on the board with a touchdown in the 4th quarter. The final score was 32-6.

The Metgot showdown is now set for this Saturday between the Packers (6-0) and Angels (5-0). The Matua matchup will be just as good with the Packers at 5-1 and the Angels at 5-0.