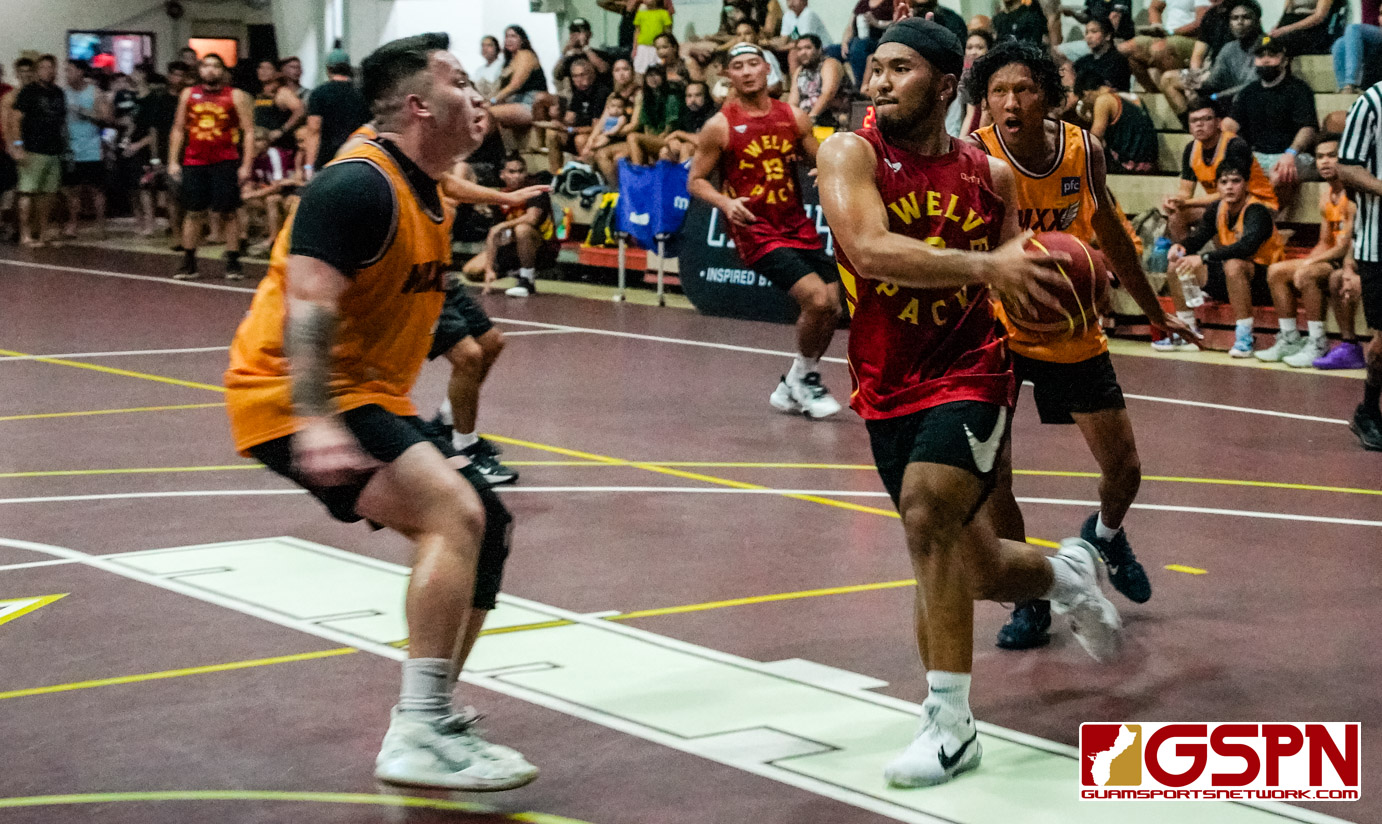 The host Class of 2012 (aka 12 Pack) can now sit and drink amongst the rest of the eliminated classes of the 2022 FD Alumni Basketball Tournament.

Despite a valiant 23-point effort by John Ilao, the 12 Pack fell to the Class of 2020 43-36 Monday night in the quarterfinals of the Maroon Division (young dudes division).

Colin Santiago led ’20 with 14 points, controlling the tempo and leading his team to a big second half after holding on to a slim 20-18 halftime lead.

Christian Leon Guerrero contributed with 13 points for ’20, most coming in the second half.

There will be a break in games on Thursday with Championship Night slated for Friday night with the Gold Division championship at 7:10 pm followed by the Maroon Division title match at 8:20 pm.