Ruggers lay it all on the line 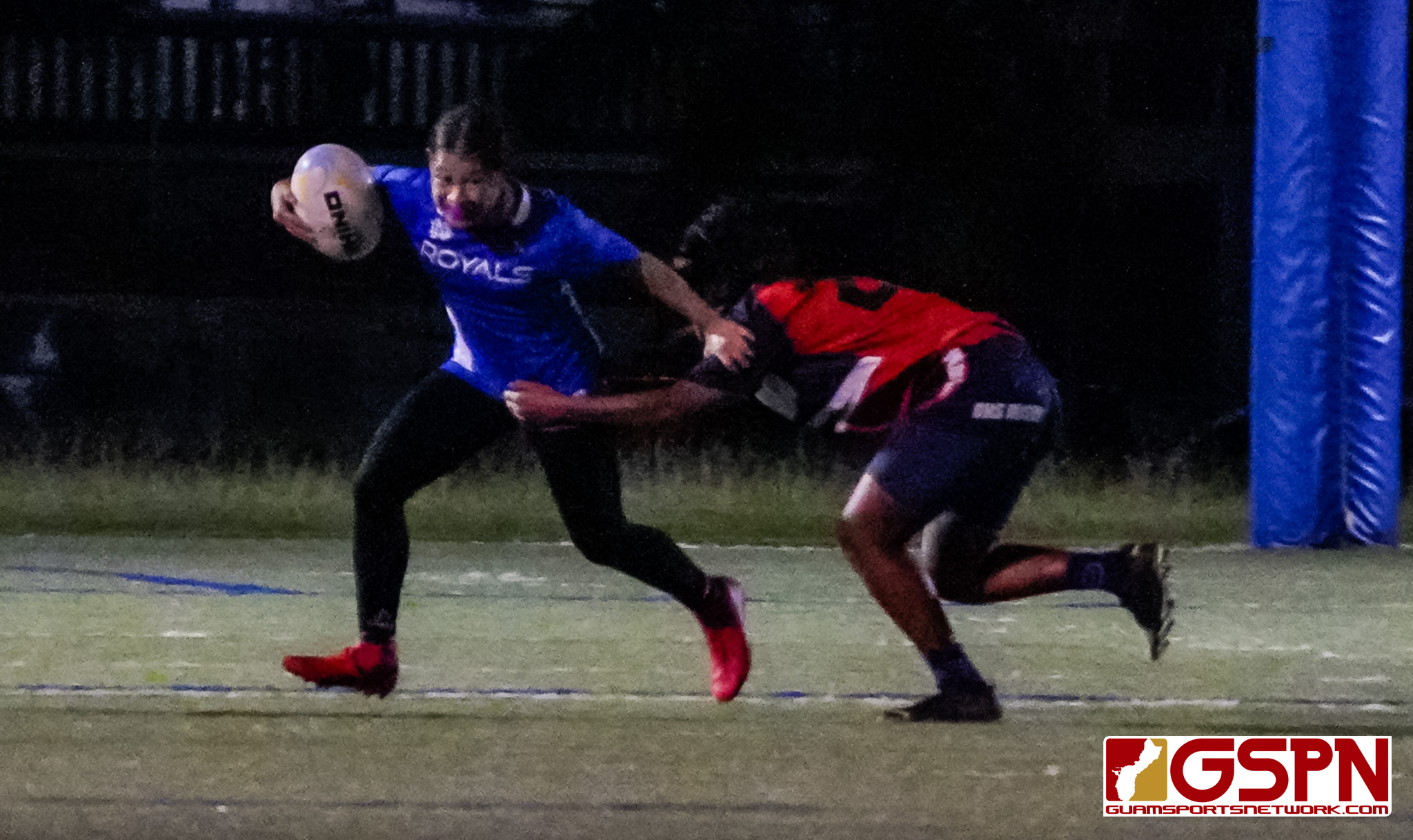 The fast-moving 7s game of girls rugby didn’t disappoint. The top-seeded Notre Dame Royals barely hung on to beat the much-improved Okkodo Bulldogs 17-14 while the Southern Dolphins and their boisterous crowd eliminated the highly-injured Academy Cougars 22-5.

The Bulldogs came out firing from the gates with a long try by Tiarah Muna before the Royals quickly responded on the following position, to cut the lead to 7-5 that held at halftime.

ND took the lead at 12-7 with an early score out of the break before Okkodo’s Muna struck again with a 70-yard sprint to take back the lead 14-12.

As the crowd grew anxious and the invisible clock ticking down, the Royals pulled off a miracle as five different players willed their way toward the goal line with time expiring, capped off by Seniayath Bell and her two heavily-wrapped knees diving into the right corner of the goal area for the amazing win.

“It was definitely scary,” Bell said about trailing and having to pull off the miracle.

ND coach Paul Claros said that there was no particular play called, just sure grit by his team to get the ball over the line.

With the sound of the crowd, you’d think the Dolphins won the championship already. The Southern support was evident and the girls responded well with Sky Nangauta recording three tries and sister Layla dropping in the other try as Southern moves on to the championship.

The Cougars had high hopes earlier in the season with big wins in a very competitive league, however, recent injuries to key players made them the underdog against the scrappy Dolphins.

In a super close matchup between #2 Okkodo and #3 Guam High, a failed conversion kick proved to be all the difference.

After a scoreless first half, Josiah Mendiola powered his way from short distance to send the Bulldogs bench and fans into a frenzy. His brother Javin nailed the conversion for a 7-0 lead.

With time running out, Guam High’s Cameron Brantley pulled off an electrifying run 10-yards out to finally put the Panthers on the board. The conversion kick, however, went wide left and the score stood at 7-5 the rest of the way.

The unbeaten Friars went about their business with a big shutout, walking away with little emotion, knowing that the end goal is yet to come.

GW came out playing with all heart in the first half as they went into the break with FD up 7-0. But like so many other games this season, the Friars maintained their high level of play while their opponent lost steam.

Isiah Arriola, Marquise Aflague, Tanner Costa and Caleb Murphy all contributed to the Friar offense. The Friars are obvious favorites against Okkodo, giving up only 16 points in the regular season as they shoot for their 4th straight title.

Championship matches are this Saturday at GW Field.