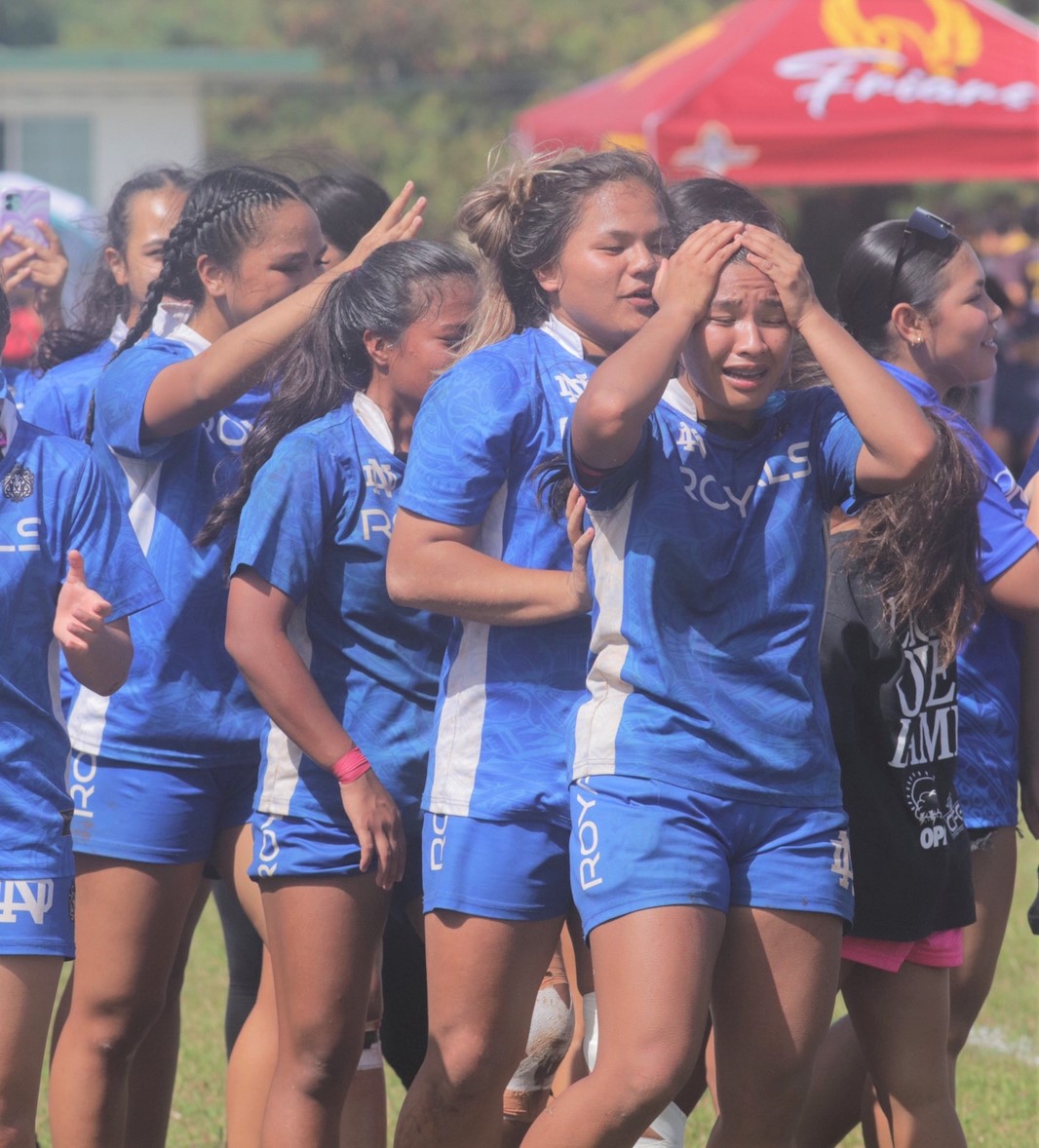 For the second time in four days, the Notre Dame Royals eked out a win in the last play of the game.

Call it luck or call it fate, the Royals pulled off another buzzer-beater by senior Seniayath Bell, who’s try down the left sideline capped off a come-from-behind 10-7 win over the Southern Dolphins Saturday afternoon to claim the 2022 High School Girls Rugby Championship – ND’s fourth straight title.

“Whenever Sen is on the field, it just gives our team a sense of confidence,” ND head coach Paul Claros said. “She doesn’t have to score, but when she’s on the field, we tend to score a lot more than when she’s not out there.”

It was Bell that scored on the final play Tuesday night in the semifinal win over the Okkodo Bulldogs.

The scrappy Dolphins struck first when Brielle Naputi found an open field from about 60 yards out midway through the short seven-minute first period. The conversion was good, giving Southern a 7-0 lead in windy conditions at the GW Field.

Notre Dame, like the final try of the game, got on the board on the last play of the first half to crack the scoreboard at 7-5 on a short run by senior captain Anita Manglona.

The two southern schools matched up possession for possession in the second half before a brief injury timeout provided a pause with a little over a minute left.

Coming out of the timeout and down by two, Claros called a play he was confident would work.

“We have a scrum call and all we do is give a little bit of hit. Our half back would rush the ball. She ended up giving it to our fly half for the game-winning try.”

“We are very comfortable within those close games and realistically, Southern is so fast, we had to keep it tight and keep it slow,” Claros added.

Many tears were shed after the close game for the four-time champions, most especially the 11 seniors on the squad who have won every year of their high school career.

“It feels amazing,” captain Manglona said. “This being our senior year, it’s just unbelievable. We knew it wasn’t going to be easy so all our hearts went into this one game.”

As for being on the field while fellow senior Bell was running down the sideline with the game-winner Manglona said, “just watching her run down to the try line, my life just flashed and everything went into slo-mo.”