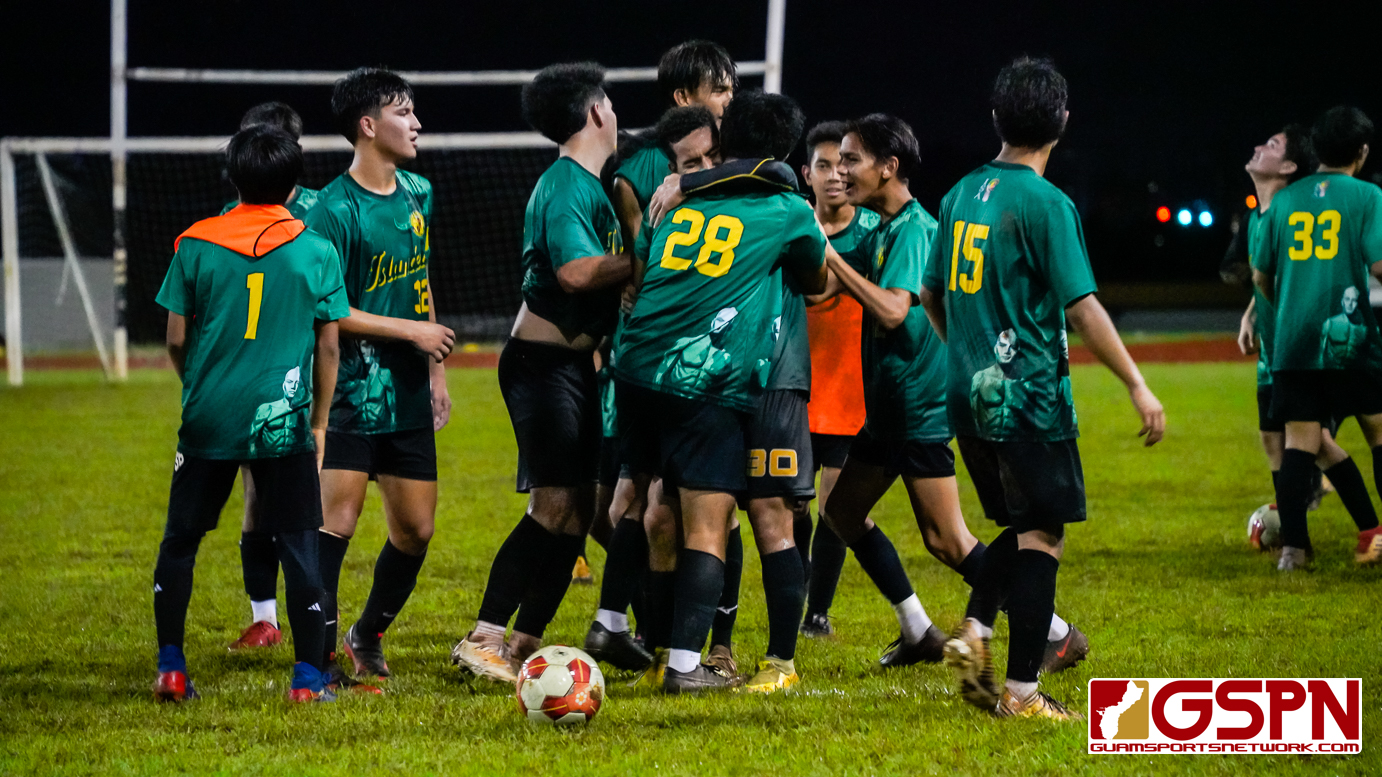 The JFK Islanders and Southern Dolphins recorded ISA Boys Soccer League shutouts in their respective semifinals to earn the right to play in the championship game Friday night.

JFK scored its lone goal in the 95th minute to take out the Tiyan Titans 1-0 while the Southern Dolphins pulled off a 2-0 mild upset over the Okkodo Bulldogs.

The championship game is slated for 6:30 pm Friday at the GFA Field in Harmon.

On a rainy night, both offenses had a difficult time getting their offense going. It wasn’t until the 95th minute when JFK’s Alex Jorlang hit the lone goal of the game for the unbeaten and defending champion Islanders.

“There was still five minutes left, so we played a defensive game after the goal,” JFK head coach Lad Manansala said. “In overtime, I told the boys that we had to be first and we didn’t want to go to a shootout. We had many opportunities, but their keeper (Conor Flory) made some good saves.

“Tiyan’s a well coached team and they played an aggressive defense and made it difficult for our team.”

The Islanders were considerable favorites, coming in undefeated at 8-0-2, while the Titans had a losing record as the 4th seed at 3-5-2.

The Dolphins traveled all the way to Okkodo and took down the 2nd-seed Bulldogs as Gatbo Topasna and Cody Pangelinan knocked in the goals for Southern.

The Bulldogs came in as the slight favorite, coming in with a 6-1-3 record with two ties against the Islanders, while the Dolphins were right behind at 6-3-1.

The Islanders will look to repeat as ISA champions with the Dolphins looking to play spoilers.

“Our second game again Southern was close, 3-2. It’s gonna be another tough game and we need to play better than we did tonight,” Manansala said.