Top two teams to square off Saturday at 5 pm 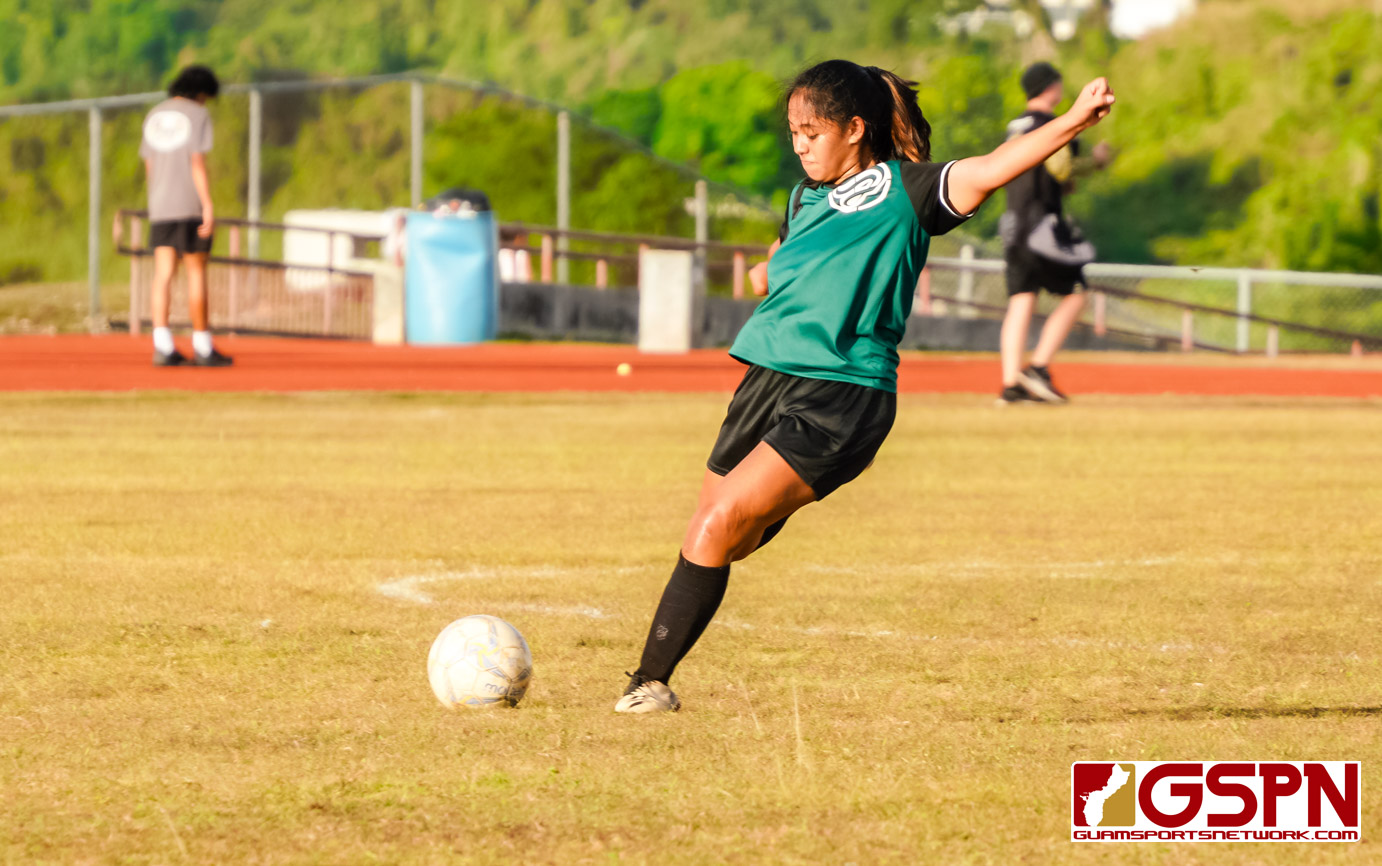 The defending champions JFK Islanders are headed to the ISA Girls Soccer League after defeating the GW Geckos 3-0 in the semifinals game on Thursday night at the JFK field.

The Islanders will defend their title against the Southern Dolphins.

JFK continued their aggressive attack from the start with the junior star controlling the middle of the field as both teams spent most of the first half on the Okkodo side of the field.

JFK’s first clear shot at goal came in the 30th minute as Cassandra Kido sent an open shot directly to the Geckos’ goalkeeper. Three minutes later Kido, would find an open Han in the middle who sent a shot in for the 1-0 lead.

The Islanders continued their attack with Han taking a good number of shots on goal in the half. In the 40th minute, Han would fire from the left side just out of the reach of the goalkeeper for her second goal of the half.

The Islanders outshot the Geckos 14-3 in the first half.

The second half was a different story. GW came out of halftime with a little more aggressiveness and physicality than the first half. Both teams moved the ball back and forth throughout the second half each putting up early shot attempts.

The Geckos found themselves in back-to-back opportunities to score directly in front of the goal but Islanders goalkeeper Emma Iriarte would put a halt to both threats keeping the Geckos scoreless.

It wasn’t until the 62nd minute mark when Han would be awarded a free kick from about 20 yards out. She sent a shot over the outstretched arms of the goalkeeper and into the top left side of the goal to complete the hat trick.

“Jada always comes ready to play and she plays her heart out and it showed tonight. When her teammates weren’t playing their best game, she stepped up, played strong and scored a hat trick.”

According to Manansala the competition this year has teams with more players who are skilled and with soccer experience making for a more physical and competitive league. “It’s not as easy as last year where you think that you’re going to win automatically. Every game will be tough.”

GW made a last-ditch effort at putting a score on the board, but the JFK defensive pressure was just too much for the Geckos as time ran out.

Han, a 1st Team All-Island selectee playing in her first high school soccer season, has been a scoring machine for the Islanders and one of the top scorers in the league even after missing the first four games of the season. Many believed that Han was a shoo-in for the league MVP.

“I don’t really care for those things. I just really wanted to win and play for the championship. Winning the championship is all that really matters to me,” said Han when asked about the All-Island results. With the Islanders still undefeated having only five goals scored against them all season including the playoffs Han stated that, “I just think that more of my teammates deserved to be first team.” JFK had three players selected 1st team and five in the 2nd team.

The Islanders move on to play the Southern Dolphins who defeated the Okkodo Bulldogs in the early game 4-0. Dolphins Cindy Maestrecampo led the charge, scoring the team’s first two goals in the first half eight minutes apart.

Teammates Isabella Tainatongo and league MVP Analea Meno rounded out the scoring for the Dolphins.

“Southern is a very physical team like GW. They are both very good teams, and we know the next game will be tough,” said Manansala. “The offensive side of the ball, Southern has more girls who can control the ball…with MVP Meno and freshman All-Island First Team Maestrecampo, so it will be tough game.”

In their only regular season matchup, JFK came away with a 2-0 win over Southern.

The Islanders will play the Dolphins in the ISA Girls Soccer Championship scheduled for this Saturday at 5 pm at GFA lower field. The 3rd place game is scheduled for 4:30 pm also on Saturday at GFA at the upper field.

Volleyball
The Tiyan Titans improved to 11-0 in the ISA Boys Volleyball league after defeating the visiting Okkodo Bulldogs in straight sets 25-12, 25-20, 29-27. Xander Duenas led the Titans with 11 kills and 2 aces.